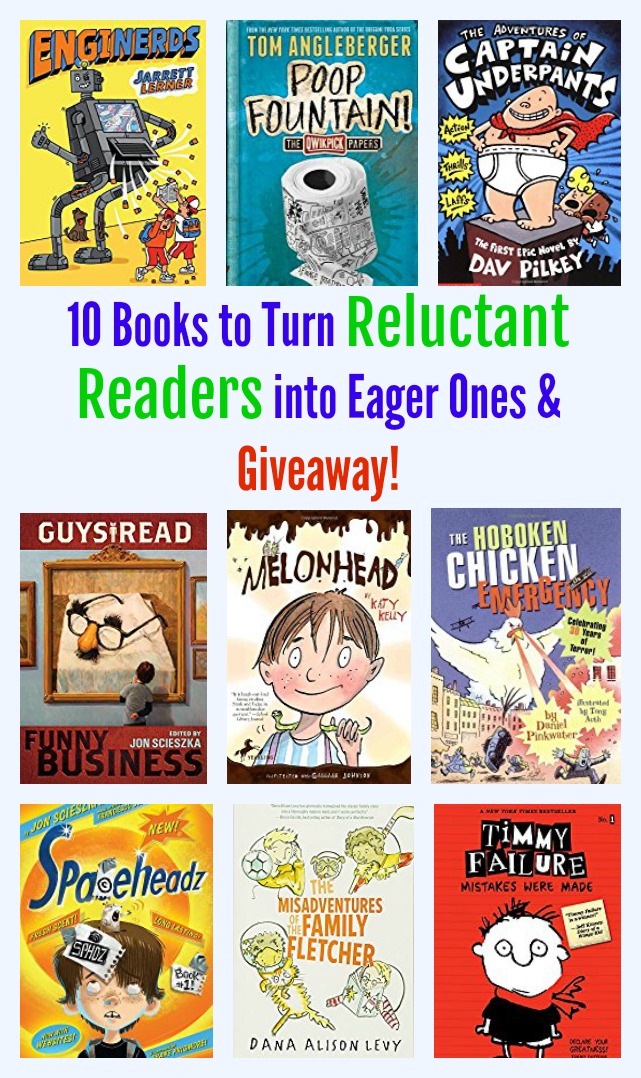 Please welcome my guest author today, Jarrett Lerner. I met him at the six middle grade event in Boston!

He’s the author of EngiNerds and we are doing a 3 book giveaway! To enter, please fill out the Rafflecopter at the bottom.

The battle between boys and bots is on in this funny, fast-paced novel.

They may be brainiacs, but they’re just like everyone else: they fight with one another, watch too much TV, eat Chinese food, and hate walking their dogs. Well, maybe not just like everyone because Ken’s best friend Dan has been building robots. He then secretly sent one to each of the EngiNerds, never letting them know he’s the mastermind.

But be careful what you wish for: Dan’s robot, Greeeg, may look innocent, but his ravenous consumption of food—comestibles—turns him into a butt-blasting bot. And once the other robots ‘come alive’ it’s up to the motley crew of EngiNerds to not only save the day, but save the planet! [chapter book, ages 8 and up]

10 Books to Turn Reluctant Readers into Eager Ones

1. The Adventures of Captain Underpants by Dav Pilkey

Any list like this would be incomplete if it failed to mention Dav Pilkey’s Captain Underpants (and now also Dog Man) series. They are, quite simply, some of the best books produced in the past couple decades. They are wonderfully approachable, and always manage to deliver the perfect amount of silliness and adventure while also leaving readers with something positive to think over. Pilkey’s books are a sure-fire way of eroding some of your reluctant reader’s reluctance. [chapter book, ages 6 and up]

2. Timmy Failure: Mistakes Were Made by Stephan Pastis

These books have more words and fewer pictures than the Captain Underpants and Dog Man series, but boast an equally amazing cast of characters, just as hilarious hijinks, and similarly exciting storytelling. The bite-sized chapters and elegantly simple writing style (slyly peppered as it is with BIG vocab words) make for an approachable read that kids can easily dip into and hop back out of. Thanks to the punny chapter titles and nostalgic references, parents and teachers will have tons of fun using these books for read aloud, too. [chapter book, ages 8 and up]

Jon Scieszka has made it his personal mission to get more good books into the hands of reluctant readers, and in addition to tirelessly promoting other authors and editing a marvelous series of anthologies (see the Guys Read books, discussed below), he has written dozens of his own. All of them are great, but the Spaceheadz books are without a doubt my favorite. They are off-the-wall zany, laugh-out-loud hilarious, and endlessly exciting. The top-notch illustrations and clever typography certainly don’t hurt, and neither do the occasional chapters narrated by a hamster. Yes, a hamster. [chapter book, ages 7 and up]

The title alone ought to get kids cracking this one open, and expert storyteller Tom Angleberger makes sure they stick around until the end. As in Angleberger’s Origami Yoda series, the trio of Qwikpick Papers books are told using a wide variety of mediums – “official” accounts, unofficial personal asides, photographs, documents, doodles. This makes the already fast-moving story positively zip along, and allows Angleberger to gently, deftly ratchet up the tension between the characters and the suspense of their adventures. [chapter book, ages 8 and up]

I could’ve put nearly any Daniel Pinkwater book on this list, but The Hoboken Chicken Emergency is a classic. Reading it will show kids that books are allowed to be zany, surreal, outrageous, and irreverent – and, perhaps an even more important lesson, that reading such books can be a tremendous amount of fun. [chapter book, ages 6 and up]

First and foremost, it’s the voice in this novel that will captivate readers. It is pitch-perfect and gloriously quirky. But Adam Melon’s absolutely bonkers antics and the hilarious situations he gets into with the equally eccentric and outlandish people in his life are what will get readers sticking around page and page and book after book – because fortunately for all of us Melonhead fans, there are a slew of excellent follow-ups. [chapter book, ages 8 and up]

7. The Tapper Twins Go To War (With Each Other) by Geoff Rodkey

This series is unlike any other out there, and even just peeking into the books, kids will be amazed to see that they actually look fun. Told in the style of a script or screenplay and packed full of pictures, text message/online exchanges, and snarky “inked-in” asides, kids reading this book might not even realize that they are, indeed, reading. But as much of a blast as reading about the Tapper Twins is, their stories tackle tough, important subjects, and will leave kids with something worthwhile to chew on long after they’ve turned the last page. [chapter book, ages 8 and up]

There aren’t many anthologies or short story collections out there in the kid lit world, but even if there were, I have no doubt that the Guys Read books would still be among the best. Now seven themed-volumes deep, the series offers readers a chance to dip into the stories of as many as a dozen different entertaining and just plain incredible storytellers (both writers and illustrators!) in a single place. As opposed to a whole long novel, short pieces might feel more approachable to a reluctant or still at least somewhat tentative reader, and should a kid find something they like, the handy bios at the back of the books will point them to what else the author of the piece they enjoyed has written. [short story collection, ages 8 and up]

9. The Misadventures of the Family Fletcher by Dana Alison Levy

This book has it all – for any reader, but in particular a reluctant one who, perhaps having gotten through Spaceheadz and some of The Tapper Twins books, is losing some of that reluctance. Told in the style of a classic collection of family tales, with chapters that bounce around from one Fletcher boy’s perspective to another, the book is filled with enough hysterical incident and delightful action to keep readers highly entertained. And the characters are so vivid and their struggles and successes so sympathetic that, come the book’s end, the only reluctance your reader should be feeling will be about leaving the Fletchers behind. (Luckily, there’s a sequel!) [chapter book, ages 9 and up]

If your reluctant reader has made it through some or all of the previously listed books, then Lisa Graff’s work – and especially Absolutely Almost – is a great place to send them next. Albie, the book’s narrator, has a voice as compelling and unique as Melonhead’s, and he tells his story in chapters just as a bite-sized as Timmy Failure’s. But these short, approachable chapters serve to gently complicate Albie’s story, building the sort of long arc, conflict-filled narrative that you can only find in a novel. Absolutely Almost is the perfect book to launch your reader into the wider world of Middle Grade novels, and ought to leave them feeling confident that they can tackle any one of them they choose. It can help them shed the last bits of reluctance that they may have, and go a long way towards turning them into lifelong, eager readers. [chapter book, ages 8 and up]

Please fill out the Rafflecopter below to enter to win 1 of 3 copies of EngiNerds. I can only ship to US addresses due to the high cost of shipping. 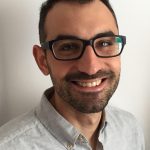 Jarrett Lerner’s debut novel, EngiNerds, is on shelves now. The sequel is currently slated for an early 2019 release, and other series are in the works. He has never unleashed a horde of hungry robots on a small, unsuspecting town. (Not yet, at least.) He lives with his wife, a cat, and a dog who sometimes thinks he’s a cat in Medford, Massachusetts. You can find him online at jarrettlerner.com and on Twitter at @Jarrett_Lerner. 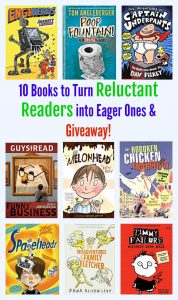 16 thoughts on “10 Books to Turn Reluctant Readers into Eager Ones & 3 Book Giveaway!”