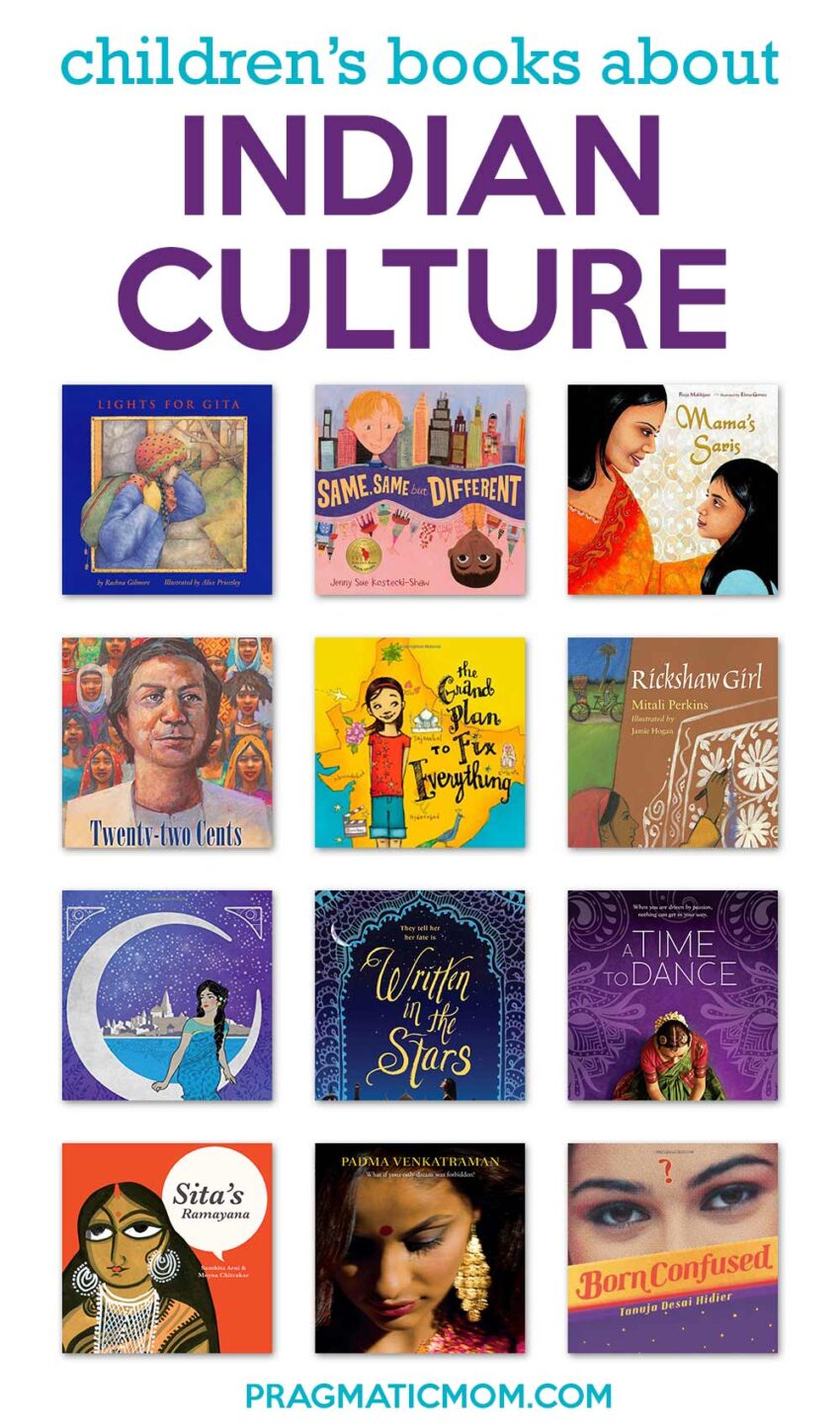 Please welcome my guest author today, Padma Venkatraman, with an extensive list on books for kids and teens to learn about Indian culture. She has broken out her list into four categories:

We are also giving away 4 copies of her books. To enter, please fill out the Rafflecopter at the bottom.

The Dev and Ollie series teaches kids about festivals in India. In this picture book, readers learn about Pushkar Ka Mela, the largest camel fair in the world. With the help of Ollie, a magical owl, Dev helps a camel realize her dream. The backmatter page includes fascinating facts about camels. [picture book, ages 3 and up]

Books for Kids and Teens to Learn About Indian Culture

I’m honored to contribute a list of titles that help readers ‘learn about India and Indian culture.’  This list is just a starting point – and is limited (as indeed, all lists are). The titles that came to mind today are mostly fiction by Indian American authors and American publishers; obviously, there are several excellent authors and publishers whose work isn’t included. In addition, most of the protagonists below appear to come from Hindu families; but in deference to the unfortunate anti-Islamic sentiment that prevails in parts of the world today, within each age category I have added at least one book that features a Muslim protagonist (from the Indian subcontinent).

Picture Books for Kids and Teens to Learn About Indian Culture

Lights for Gita by Rachna Gilmore, illustrated by Alice Priestly

Gita, whose family has recently immigrated, discovers the true meaning of Diwali, the festival of light when her plans to celebrate it go wrong. [picture book, ages 5 and up]

Elliot, who lives in the United States, and Kailash, who lives in India, discover the differences and similarities that strengthen their friendship when they become pen pals. [picture book, ages 4 and up]

A seven-year-old longs to dress up in her mother’s gorgeous saris. [picture book, ages 3 and up]

The true story of Mohammad Yunus, winner of the Nobel Peace Prize. [picture book, ages 6 and up]

Poppy, who longs to be a veterinarian, spends a summer with her uncle, Sanjay, who works at the Furry Friends Animal Clinic in Washington. [chapter book, ages 8 and up]

The Grand Plan to Fix Everything by Uma Krishnaswami, illustrated by Abigail Halpin

Eleven-year-old Dini goes on a delightful romp in India when her family decides to move there and she’s forced to leave her home in the United States. [chapter book, ages 8 and up]

When well-meaning Naima accidentally topples – and destroys – the rickshaw on which her family depends for a living, she must find a way to make things right. [chapter book, ages 7 and up]

Boys Without Names by Kashmira Sheth

When Gopal is forced into child labor, he struggles to keep hope alive and plan his escape. [chapter book, ages 8 and up]

Naeem, a charming teen, is forced to face his weaknesses and encounter the grim side of life in this gripping novel that examines how it feels to grow up under surveillance. [young adult, ages 12 and up]

The Savage Fortress by Sarwat Chadda

The ancient Ramayana Epic is cleverly interwoven with modern fantasy in this adventurous tale, in which Ash discovers an ancient and legendary weapon, as evil mythical creatures come to life and seek to destroy him and his family. [young adult, ages 12 and up]

Jameela searches for strength in war-ravaged post-Taliban Afghanistan. [young adult, ages 12 and up]

A light, enjoyable romance that explores dating, relationships, and different kinds of love, in the context of the Indian American community. [young adult, ages 12 and up]

An imaginative retelling of the life of Lilavati, an ancient Indian woman mathematician. [young adult, ages 13 and up]

A lyrically written story, examining the lives of second-generation South Asian Indian Americans who feel caught between cultures as they search for their identities. [young adult, ages 14 and up]

Written in the Stars by Aisha Saeed

Naila, a Pakistani American girl, fights against familial expectations as she carves out her future. [young adult, ages 14 and up]

Searing autobiographical vignettes about growing up, written in the voice of a second-generation Indian Canadian teen who is gay. [young adult, ages 15 and up]

Climbing the Stairs by Padma Venkatraman

Vidya, a fourteen-year-old, is growing up in India in the 1940s. When tragedy strikes, she is forced to move from her liberal home into a conservative one, where she must battle for her personal freedom against the backdrop of her country’s nonviolent struggle for independence. [young adult, ages 12 and up]

A Time to Dance by Padma Venkataraman

Dance is Veda’s world and when an accident causes her to undergo an amputation, she is determined to dance again. As her understanding of Indian classical dance deepens, empowered by her art, she grows more compassionate, discovers spirituality, and falls in love. [young adult, ages 12 and up]

On a remote island in the Indian Ocean, in a society threatened by modernity, a young woman is chosen to lead her people. After she proves her courage by battling obstacles and finding her spirit animal, she is forced to deal with the hardest test of all: should she sacrifice her beloved brother’s life, or, by saving him, risk the future of her tribe and her endangered island home? [young adult, ages 12 and up]

Interlinked poems that explore the Indian and the Indian American immigrant experience.

The Namesake by Jhumpa Lahiri

Gogol Ganguly, a second-generation South Asian Indian American, feels his life experiences are shaped by his unusual name, of which he feels intensely ashamed.

Love and Longing in Bombay by Vikram Chandra

A collection of short stories reflecting the lives of characters from different strata of Indian society.

A Suitable Boy by Vivek Seth

A tapestry of stories featuring characters from a broad swath of Indian society, whose lives are interwoven by circumstance.

A graphic novel retelling of the Ramayana, an ancient Indian Epic.

We are giving away 2 copies each of Time to Dance and Climbing the Stairs to 4 winners! Please fill out the Rafflecopter below to enter. 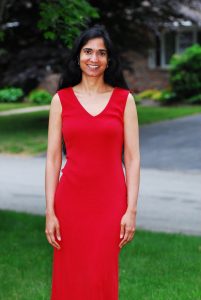 Padma Venkatraman is the author of three award-winning older middle grade/young adult novels: Climbing the Stairs, A Time to Dance and Island’s End. All were released to multiple starred reviews (12 in total), won numerous awards, and garnered several honors. Padma Venkatraman has presented keynote addresses at national and international conferences. To learn more, visit her website. 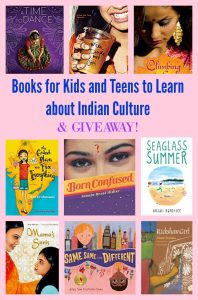 20 thoughts on “Books for Kids and Teens to Learn About Indian Culture & GIVEAWAY!”