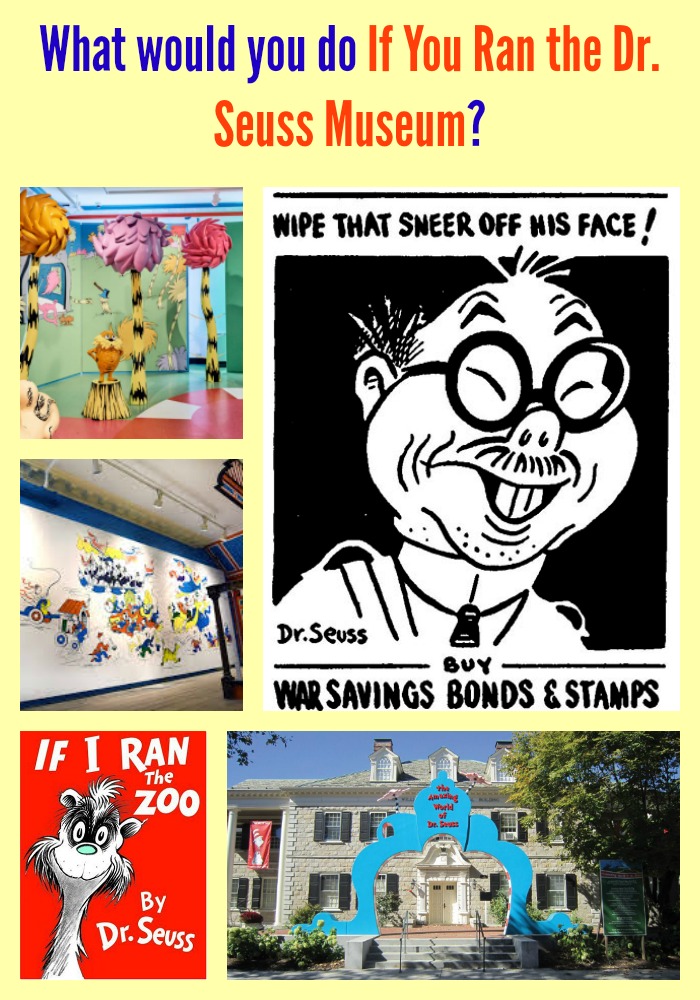 If you are the new Dr. Seuss Museum, do you acknowledge Dr. Seuss’ racist past or not? What’s the argument for either side? Include Dr. Seuss’ Racism in the Museum:

Springfield Museums is missing a powerful opportunity to raise awareness of racism, and how stereotypes and propaganda operate. The Racist Side of Dr. Seuss That You Didn’t Know About Many of Dr. Seuss’ books are also problematic.

Critical Analysis of Race in 50 Children’s Books by Dr. Seuss

Horton Hears a Who: White Savior

The Cat in the Hat: Blackface Minstrel

The Sneetches: Self Hatred of Oppressed Communities

If I Ran The Zoo: Racist Depictions of Asians

“But the museum, which opened on June 3, displays a bit of amnesia about the formative experiences that led to Mr. Geisel’s best-known body of work. It completely overlooks Mr. Geisel’s anti-Japanese cartoons from World War II, which he later regretted.”

Yet Geisel fell victim to the very ignorance he fought: After the attack on Pearl Harbor, some of his cartoons took a bigoted turn with racist portrayals of Japanese and Japanese-American characters.”

“Geisel’s bigoted treatment of both only a few months before the forced internment of Japanese Americans was something many believe he tried to atone for in his later books. But the body of work he created during the war helped establish the foundations of what the writer Philip Nel has described as “America’s first anti-Fascist children’s writer and it helps explain why Dr. Seuss continues to resonate now, more than 25 years after his death, and as American nationalism gains momentum once again.”

What do you think? What would you do If You Ran the Dr. Seuss Museum? 14 thoughts on “What would you do If You Ran the Dr. Seuss Museum?”