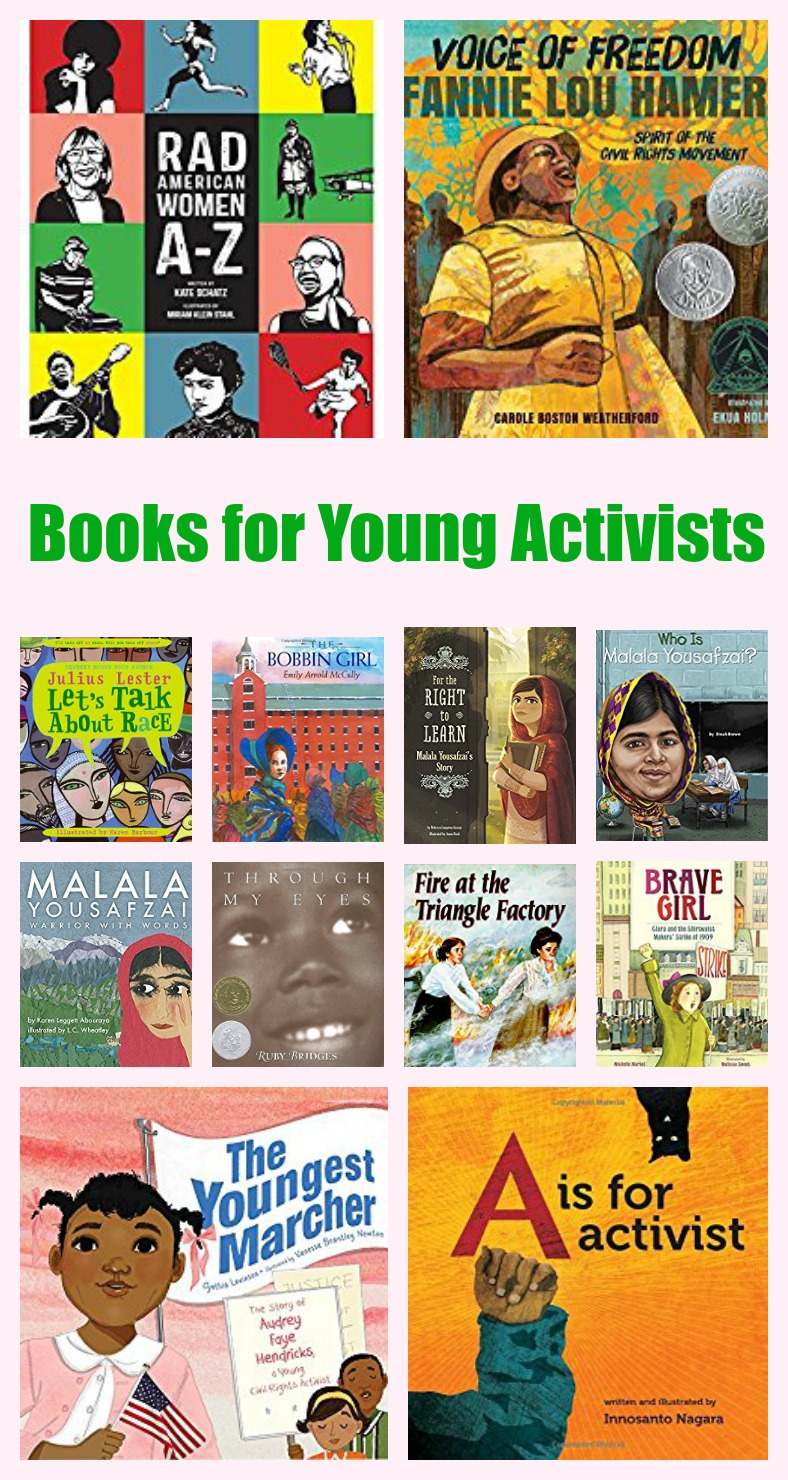 In the last month, I have written a half-dozen letters to politicians and even make a few calls. That’s more than I’ve ever done in my life politically, with the exception of that Saturday in New Hampshire when I first arrived at college. My friend, David Nacht, persuaded me to campaign for Gary Hart and I spent the day knocking on doors and talking to mostly elderly white people. I hated it. Even worse, the campaign staff made me write handwritten letters to everyone that I talked to. (I hate writing handwritten letters. My hand cramps and my handwriting is illegible, even for me.) I was done with politics, forever!

I’m not sure if I am a “snowflake,” but I do know this. Last night I shoveled one foot of snow around my house, and it was a tad overwhelming. In the same way, small acts can add up to a very powerful message.

For example … like you, I was shocked that Trump used his POTUS account to complain about Nordstrom’s dropping the Ivanka brand. This tells me two things:

It was also surprising to see KellyAnne Conway pitching Ivanka brand in her official capacity as Senior Advisor to the President. While this appears to violate federal law, ethics regulations and traditional standards of conduct, it turns out that the White House is responsible for disciplinary action: imagine Trump high-fiving her.

Some followers on my social media have asked me to “leave politics to the politicians” or “can we g back to children’s books please?” That’s so interesting to me. Did you know:

Women drive 70-80% of all consumer purchasing, through a combination of their buying power and influence.  Influence means that even when a woman isn’t paying for something herself, she is often the influence or veto vote behind someone else’s purchase. Forbes: Top 10 Things Everyone Should Know About Women Consumers

It’s just crummy that we have a president in the United States that is on the wrong side of a lot of things that I believe in such as climate change. But look how one women can make a difference: And, today’s video (in English) from Emmanuel Macron, a leading candidate for French Presidency in May of 2017, in which he invites U.S. Climate Change scientists to come and work for the French instead.

He says, “I do know how your new President now has decided to jeopardize your budget, your initiatives, as he is extremely skeptical about climate change.”

To these scientists, he says, “Please, come to France, you are welcome. It’s your nation, we like innovation. We want innovative people. We want people working on climate change, energy, renewables, and new technologies. France is your nation.”

It may be that there are items on Trump’s agenda align with you, my readers, such as Pro-Life, private school vouchers, oil jobs, or a myriad of other issues. I’m not saying that you have to agree with me. But what will it take for our president — yes, ours — to focus on running our country instead of hocking his personal business interests?  Is the bar so low, that we have to ask repeatedly for this?

What is clear to me, is that the only message that Trump is taking seriously is one that hurts his personal bottom line. So I will reach out to these stores in my area and let them know that as long as they carry Trump family merchandise, I — and my family — won’t be shopping there:

We, as women, hold the cards. If we want to “leave politics to the politicians,” then are we also supposed to “leave the boardroom to the white men?”  Are we supposed to accept 59 cents on average for every dollar paid to men? Is that the message that we have for our children? Our girls?

This Trump administration has galvanized the activist in me. I hope it does for you too. Even if we disagree on issues.

For those who want book lists, here are some book for young activists.

We Are The Change: Words of Inspiration from Civil Rights Leaders with an introduction by Harry Belafonte

“… not all of us are comfortable being outspoken in political action.” Dan Santat

With words of inspiration by civil rights leaders and art from children’s book illustrators, this book was inspired by the work of the American Civil Liberties Union (ACLU) which guards the rights of all Americans under law. Illustrators with their personal thoughts on the quote of the activist they illustrate. This is a beautiful picture book to get the conversation started about what it means to be the change that we seek. [picture book, ages 8 and up]

An activist need not be political. An activist can also bring about social change as in the case of Marvelous Cornelius who, as a sanitation worker, kept the streets of New Orleans clean. When Hurricane Katrina wrought destruction on the city, Cornelius used his showtime skills to inspire others around the world to pitch in. [picture book biography, ages 5 and up]

Bridget “Biddy” Mason was born in 1818 into slavery in Hancock, Georgia. Using free verse to tell Biddy’s story, nonfiction spreads accompany each chapter to give context and details to the story. She learns about healing plants from Granny Ellen, an elder who is also enslaved by the same family as Biddy. Freedom for Biddy and her family would come about when the slave-owning family migrated west to California where slavery was illegal. Her skills as a midwife and healer would eventually make her one of the most successful people in Los Angeles, and she used her wealth to help others. This is an important book to understand U.S. history and its roots in protecting slavery. It is only with this knowledge that we can understand the racism that exists today. [nonfiction, ages 10 and up]

Rad American Women A-Z: Rebels, Trailblazers, and Visionaries who Shaped Our History . . . and Our Future! by Kate Schatz, illustrated by  Miriam Klein Stahl

I get a lot of books for free to review but when I saw this book reviewed by another blogger, I had to have it. I bought it myself and I’ve enjoyed learning about female activists, a few who were new to me. [nonfiction short biography book, ages 8 and up]

It was a thrill for me to meet both Carole and Ekua in Roxbury. I had never heard of Fannie Lou Hamer before and it moved me to learn that she was beaten so severely in jail that it caused permanent damage to her kidneys. Not only did the police beat her, but when they grew tired, they made another prisoner beat her. [picture book, ages 6 and up] Even a child can send a powerful message. Everyone should learn about Malala! [picture book, ages 4 and up]

For the Right to Learn: Malala Yousafzai’s Story by Rebecca Langston-George, illustrated by Janna Bock

Here’s an advanced picture book in chapters for ages 8 and up.

Who is Malala Yousafzai? by Dinah Brown, illustrated by Andrew Thomson

An early chapter book for ages 6 and up.

Here are books that show how girls changed the garment industry with their bravery at the turn of the century.

Brave Girl: Clara and the Shirtwaist Makers’ Strike of 1909 by Michele Markel, illustrated by Melissa Sweet

This is the true story of Clara Lemlich, a young Ukrainian immigrant who led the largest strike of women workers in U.S. history. [picture book, ages 6 and up]

A fictionalized story about a bobbin girl and the difficult choices she has to make. She needs to work to support her struggling family, but the conditions are poor. Does she dare join in the protest? [picture book, ages 6 and up]

Minnie and Tessa are unlikely friends because it isn’t easy for an Italian American Catholic girl and a Jewish girl to be friends in 1911. But they are both fourteen-years-old sit side by side working as sewing operators in a factory with dangerous working conditions. When a big fire breaks out at the Triangle Shirtwaist Company, their friendship and quick thinking save them from perishing in the deadliest industrial disaster in the history of New York City. [early chapter book, ages 6 and up]

Is nine-years-old too young to make a difference? The true story of Audrey Faye Hendricks. [picture book, ages 5 and up] It was an honor and a privilege to meet Ruby Bridges when she visited my kids’ elementary school. I learned more about her story which is also told in her book. [picture book, ages 8 and up]

A is for Activist by Innosanto Nagara

Because it’s never too early to teach kids about activism. An alphabet book with a powerful message. [picture book, ages 2 and up]

I was so happy to learn about Julius Lester from the Multicultural Children’s Book Day #ReadYourWorld Book Jam 2017. Use this book to initiate an open-ended conversation about race. [picture book, ages 4 and up]

This series celebrates real-life heroes and heroines of social progress. This is Fred’s story of standing up for justice by refusing to go to Japanese Internment camps for simply being of Japanese descent. He went to jail for resisting and his courage made the United States a fairer place for all Americans. [ages 10 and up]

Using a comic book format, this book tells the story of Fred Korematsu, a mild-mannered ordinary welder working in a shipyard who fights for justice during WWII. [graphic novel, ages 8 and up]

We Are All Greta: Be Inspired to Save the World by Valentina Giannella, illustrated by Manuela Marazzi

Use this book as a handbook for young people interested in activism. It will inspire them to start their own successful movement, just like Greta Thunberg. Centered around climate change, this book also provides valuable information about the impacts on our environment and how to work together for change. Part science, part biography, this book is 100% inspirational! [nonfiction middle grade, ages 11 and up] 16 thoughts on “Books for Young Activists”