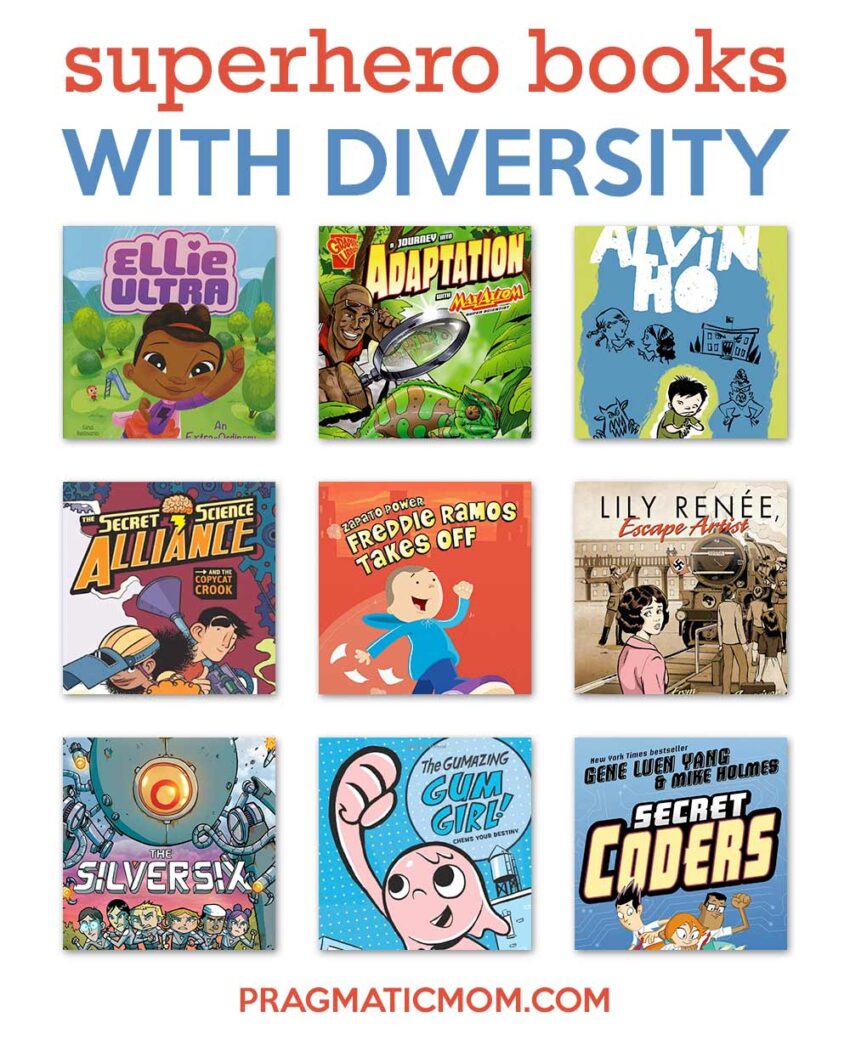 Books give kids power—the power to explore, grow, empathize and, most of all, imagine themselves in an extraordinary way. Superhero books are particularly powerful, especially when they feature diverse super characters with different body shapes, abilities, and ethnicities. With campaigns like #WeNeedDiverseBooks pushing for diversity in KidLit, these books are hitting more and more shelves with a Wham! and a Ka-POW!

Here are my top 10 favorite diverse superhero books that get the job done.