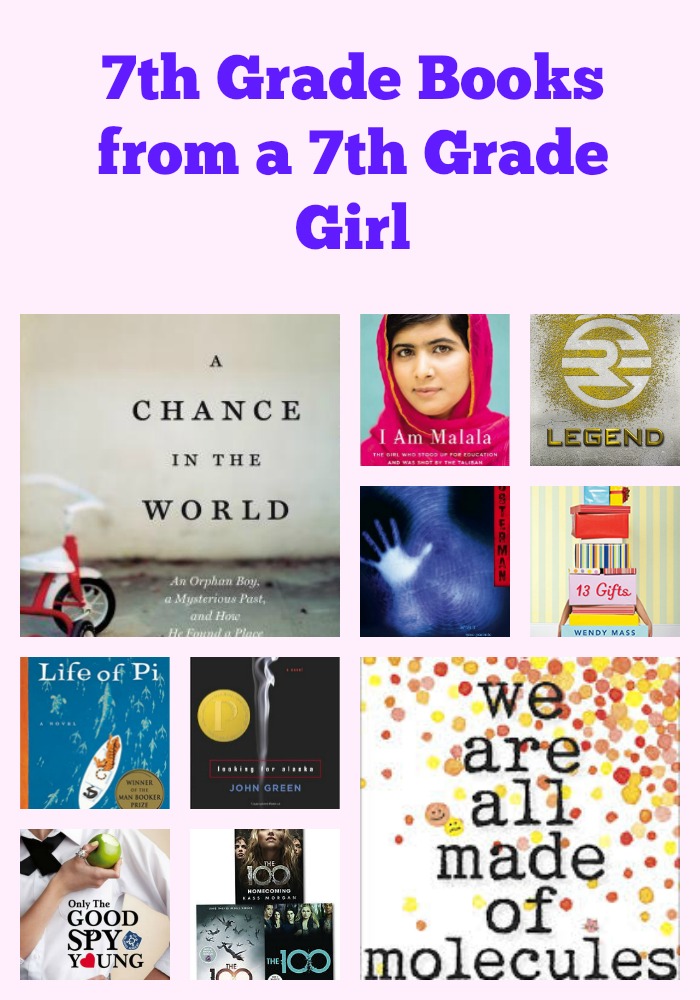 Today’s book list comes from my “adopted” daughter Sidnie. Despite a busy summer, she’s managed to read an impressive 16 books!

I should note that Sidnie isn’t bothered by graphic violence or scary books. In fact, against PickyKidPix’s horror, she read The Hunger Games in third grade. PickyKidPix herself defied me by reading it in fourth grade; I wanted her to wait at least one more year. They both wanted to read the book before seeing the movie which how that went down.

With PickyKidPix‘s influence (they both did their book reviews for me at the same time), she tells it like it is: the good, the bad, and the boring.

I Am Malala: The Girl Who Stood Up for Education and Was Shot by the Taliban by Malala Yousafzai and Christina Lamb

That was a really good book about a girl standing up for women’s education and it’s a true story. [autobiography, ages 11 and up]

A Chance in the World: An Orphan Boy, A Mysterious Past, and How He Found a Place Called Home by Thomas Nelson

This was my favorite book that I read this summer. It was about an orphan boy who had to go through a lot of bad things but he found his way out. [adult memoir, ages 14 and up]

We Are All Made of Molecules by Susin Nielsen

That was my second favorite book. I thought it was very good. It’s about two unalike people and how they come together.

I really liked all three books in this series. I liked how it kept you thinking and there was always a lot of stuff happening. It wasn’t slow. [young adult, ages 12 and up]

The 100 series by Kass Morgan

I liked how it gave an idea of how the world could become in the future and it was very interesting and it was also very action packed. [young adult, ages 13 and up]

Unwind was very good but it’s a little scary. It was a little too vivid and grotesque but I still liked it. [young adult ages 13 and up]

Life of Pi by Yann Martel

I thought it was very interesting. It’s a survival story but it’s also very slow paced and some parts are not that interesting but I really like survival books so I thought this one was cool.

I read two other books in the series that I read a while ago. It carries on the story of kids who live in a strange place where weird magic happens. I liked it, but it wasn’t the best book. It wasn’t one of my favorite books, but it was still decent. [chapter book, ages 8 and up]

The Last Gift by Wendy Mass

This is the final book of the series. It is a repeat of the second book where best-friends have adventures together. [chapter book, ages 8 and up]

Only The Good Spy Young by Ally Carter

I didn’t really like it that much. It was very boring and it slow-moving. [chapter book, ages 9 and up]

Looking for Alaska by John Green

I thought the book was ok. A lot of the topics were advanced and unnecessary. I didn’t love the book but I thought it would be more for older kids. 4 thoughts on “7th Grade Books from a 7th Grade Girl”