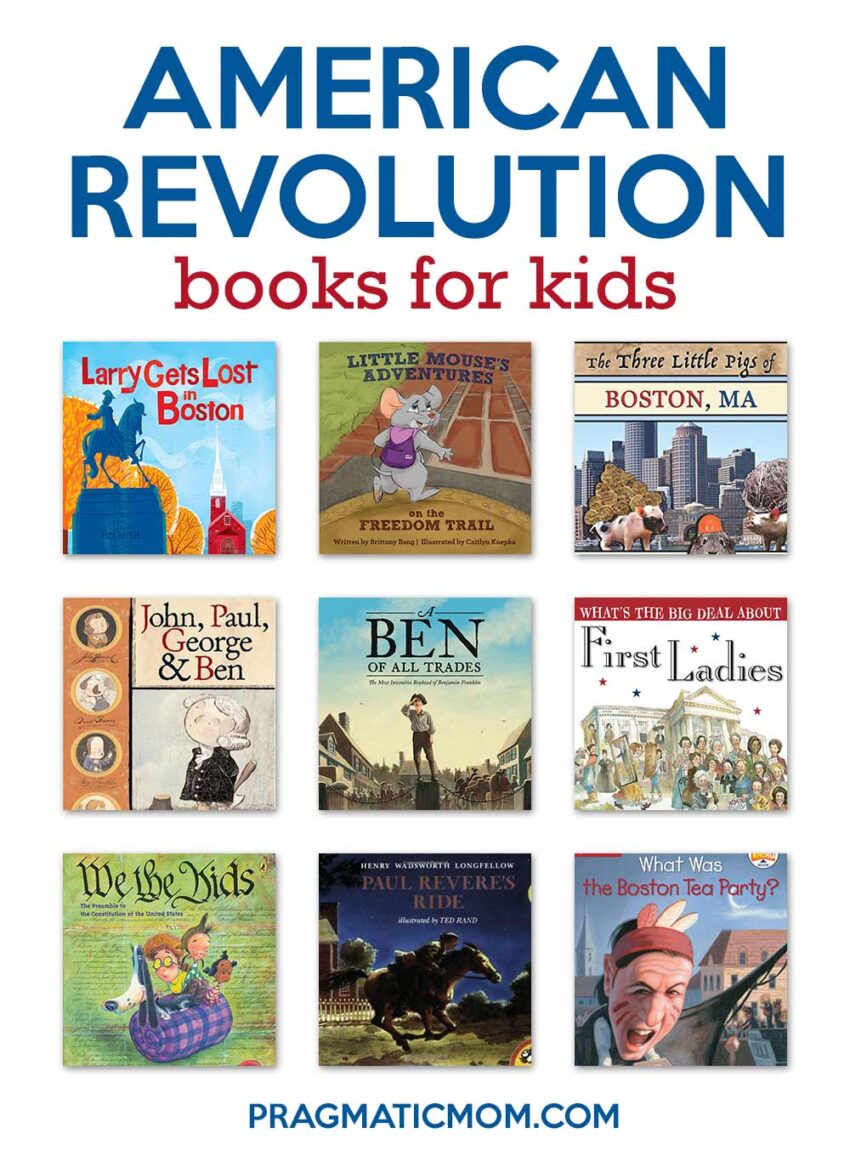 This is my second time on the fifth grade end of the year field trip on Boston’s Freedom Trail. This year’s trip is slightly different as the Boston Tea Party ship was under repair and only just recently back in port. It booked up before we could get a slot so the children acted out a trial for the Boston Massacre instead of the Old State House museum. Larry Gets Lost in Boston by John Skewes and Michael Mullin

Pete and his puppy Larry get separated on their tour of Boston with each going to different places. Between the two of them, they cover most the sights in Boston including the Freedom Trail. Though the rhymes are awkward at times, this is a nice overview of places to visit for children on vacation in Boston. The illustrations are wonderful too! [picture book, ages 3 and up]

Join Little Mouse and her friends and they follow the Freedom Trail in Boson. [picture book, ages 5 and up]

Using the story of the three little pigs, visit all the sights in Boston. This is a fun book for any child about to visit Boston, return from Boston, or live in Boston. [picture book, ages 2 and up]

Lane Smith takes a clever approach to explaining some of the founding fathers by comparing them to the Beatles. Take the quiz in the back to separate fact from fiction (but enjoy the fictionalized account!). This is a fun picture book to entice kids into learning more about the Revolutionary War! [picture book, ages 3 and up]

A Ben of  All Trades: The Most Inventive Boyhood of Benjamin Franklin by Michael J. Rosen, illustrated by Matt Tavares

When Ben was young, he longed to be a sailor but his father would have none of that, having already lost one son to the sea. Instead, Ben went on a series of “internships” seeking a trade: candlemaking, joinery, boot closer, and wood turner. He wasn’t interested in any of this kind of repetitive work. His inventive mind focused on various ways to swim. When he created a special kite that could power him through the water, he put all the skills that he learned to use. Ultimately, he apprenticed at his brother’s print shop and learned to love printing. It became a platform for him to write and broadcast his thoughts, and these skills helped to create the U.S. Constitution and Declaration of Independence. [advanced picture book biography, ages 5 and up]

Deborah Sampson was born into an independent life, working as a servant since she was five years old. Working for Master Thomas brought her into the thick of the American Revolution. She learned about the Boston Tea Party and heard him read the Declaration of Independence. When the men and boys prepared for war, Deborah swung an axe to split firewood. Instead of marriage, she decided to secretly enlist as a soldier, disguising herself as a boy named Robert Shurtliff. Recognized for her hard work, she was assigned to the Light Infantry Company. When she was wounded in battle, she had to hide her identity as a woman and remove a musket ball from her leg herself. When she contracted smallpox, the doctor discovered that she wasn’t a man. She ended her military career with an honorable discharge and continued to pursue adventure on her own terms. [picture book biography, ages 7 and up] 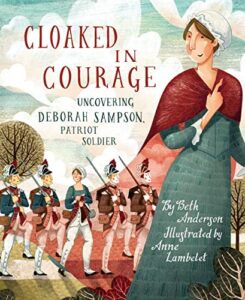 Learn about the acts of heroism that first ladies have done. In addition to being role models, hostesses, advocates, ambassadors, and activists, every first lady brings something new to the White House and to our country. First ladies may not have a defined job description, but they are a big deal! [nonfiction picture book, ages 4 and up]

We the Kids: The Preamble to the Constitution of the United States by David Catrow

The Preamble to the Constitution is made kid-friendly with this breakdown of that has both definitions of words and phrases and appealing illustrations. [nonfiction picture book, ages 5 and up]

If you take the Lessons on Liberty tour, you will learn about all the inaccuracies in Longfellow’s poem, but it also goes to show you how good P.R. can rewrite history. The watercolor illustrations add to the drama of Revere’s ride. Use this picture book as a lesson on not believing everything that you read![picture book, ages 5 and up]

I prefer this picture book that depicts the same poem by Longfellow but includes historical artifacts including documents from that time. The “engraved” illustrations also feel like they were created during that time period which gives this version an extra dimension of nail-biting drama. [picture book, ages 8 and up]

The title of this nonfiction book will draw in curious readers but it also takes readers through life as a new colonialist landing in a foreign country. Though life got easier through the two hundred years portrayed in this book, the smell did not improve. Try this book with a reluctant reader who is studying this time period. [nonfiction picture book, ages 8 and up] Boston’s Faneuil Hall was a meeting hall where the American Revolutionaries met.

What Was The Boston Tea Party? by Kathleen Krull, illustrated by Lauren Mortimer and James Bennett

I was surprised by how this early chapter book covered so much more than just The Boston Tea Party. It is really concise, interesting, and kid-friendly history of the events leading up to the American Revolution. Period photos are included. Even after my Lessons on Liberty Tour, I learned a lot from this book. I highly recommend it for anyone in elementary school going on the Freedom Trail or studying the American Revolution. [early chapter book, ages 8 and up]

Who Was Paul Revere? by Roberta Edwards, illustrated by John O’Brien

The Who Was? early chapter book series really gets it right from the caricature-ish cover illustration to the fast paced story with illustrations on each page. Covering Paul’s life from his father’s immigration to America to the end of his life at age eight-three, the reader gets a fuller picture of his life including that the Longfellow poem that made him famous was composed fifty years after his death! [early chapter book, ages 8 and up]

The events leading up to the Boston Massacre are perhaps lesser-known that Paul Revere’s Ride or the Boston Tea Party. For kids learning about the American Revolution, they might be intrigued by the role that boys played during The Boston Massacre. An 11-year-old boy was the first casualty! [graphic novel, ages 8 and up]

This graphic novel series overlaps historical events so readers can understand the sequence of events. this graphic novel begins with Paul Revere’s role in the Boston Tea Party and progresses to the events leading up to his famous ride, to the start of the American Revolution. [graphic novel, ages 8 and up]

This is a fun way to learn about the Boston Tea party. In just twenty-six pages and broken up into four chapter, this act of rebellion that led to the American Revolution is depicted in an easy to read graphic novel format. History has ever been so fun to read!  [graphic novel, ages 8 and up] For both field trips, our teachers hired Lessons on Liberty in which a historian in costume gives an exciting and informative tour of the Freedom Trail. Even if you opt not to take a tour, visit the The Colonial Print Shop where you can see the printing press technology used during the American Revolution. It’s also on the Freedom Trail. Plimoth Plantation: Learning About the Pilgrims

Fan Girling Over Valarie Tripp and Her American Girl Books