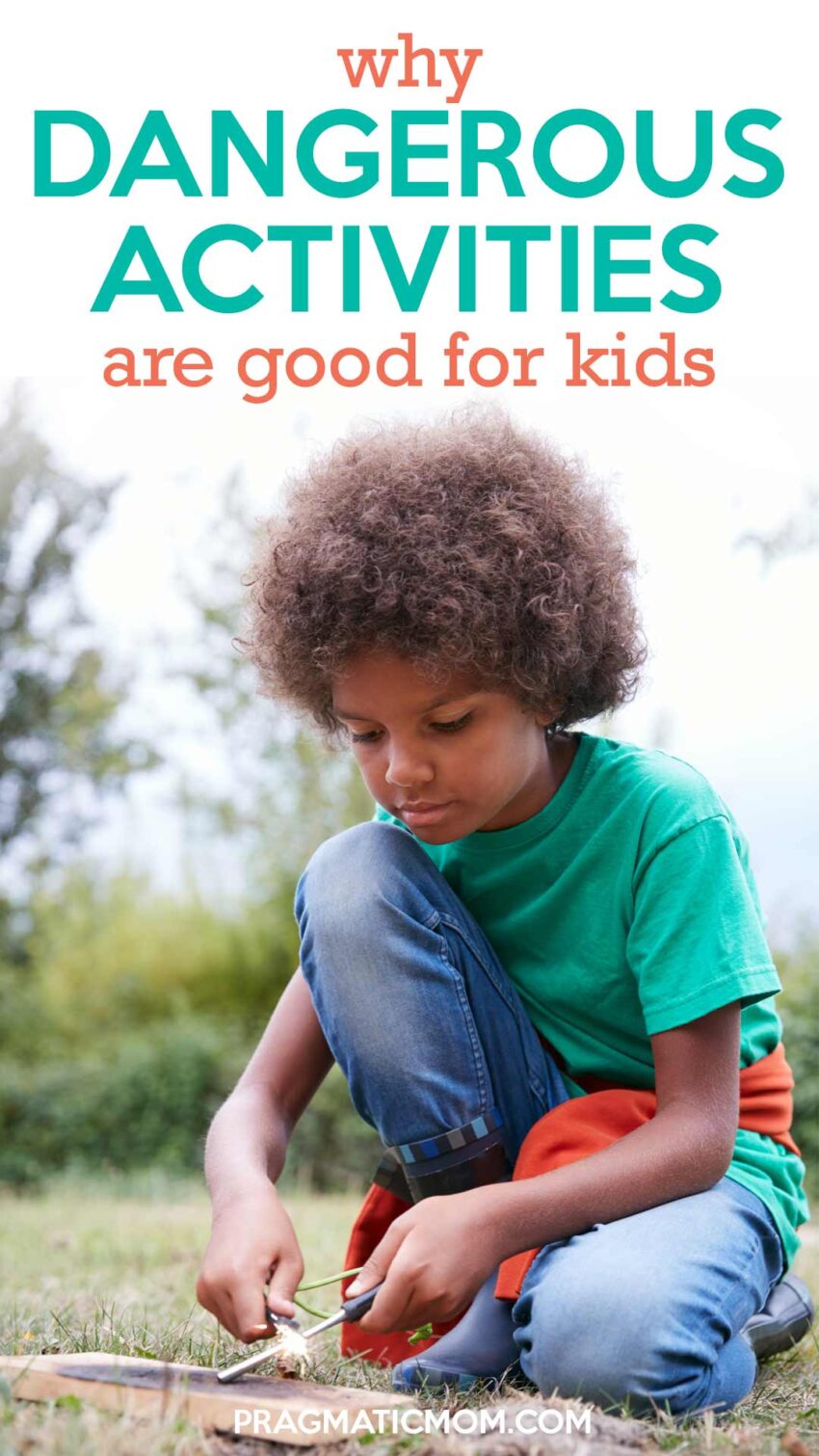 It probably won’t surprise you that my two daughters refused to do the easy thing for their parents: go to the same sleepaway camp. No, they chose YMCA sleepaway camps on the other side of the state. My oldest, Grasshopper and Sensei, went to the Berkshires at Chimney Corners where the camp culture emphasizes being yourself and accepting others. 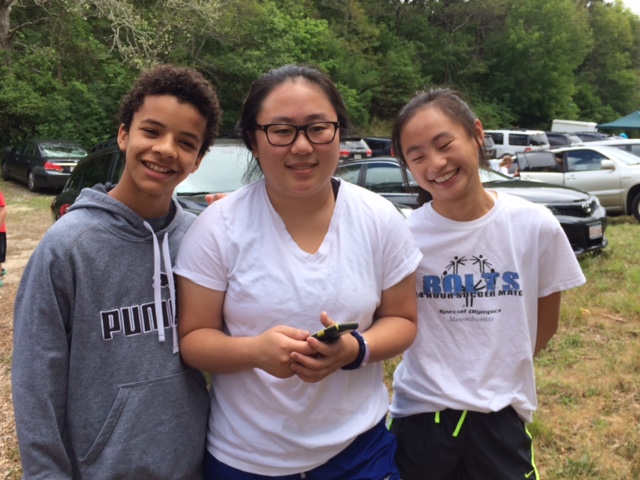 My middle daughter, PickyKidPix, chose Cape Cod, Camp Hayward for girls because the sessions were only two weeks versus four weeks at Chimney Corners. The culture is also different. Camp Hayward has daily interaction with their boys’ camp (unlike Chimney Corners), so there is a sense of competition of boys versus girls. For example, my daughter’s sailing class included a game of pirates where the point was to jump onto a boy’s sailboard and take down the sail to capsize it. The boys at Burgess retaliated by removing the girls’ rudder. Good fun was had by all.

Last summer, my middle daughter accomplished the goal she had set for herself which was to win honor camper. She had to transform her personality into a kindler, gentler version of herself. Not quieter though. She was a loud as ever. She says her camp likes that she’s loud. It’s helpful when her cabin bellows out songs during dinner. 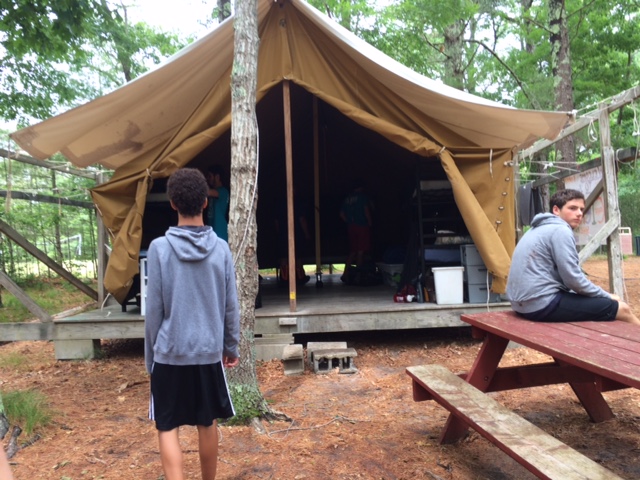 This past summer, my middle daughter and I dropped her friend Griffin off at the boys’ camp, Camp Burgess. It’s on the other side of the lake, so I’ve never seen it. I was hoping that my son could be persuaded to go there next summer. I was struck by the proliferation of fire pits compared to the girls’ camp. Their camps have a session that emphasizes fire and a fire contest between both combined camps in which each co-ed group tries to burn through an enormous rope while the other group tries to put it out. It’s heaven for pyromaniacs (of which I include my children). 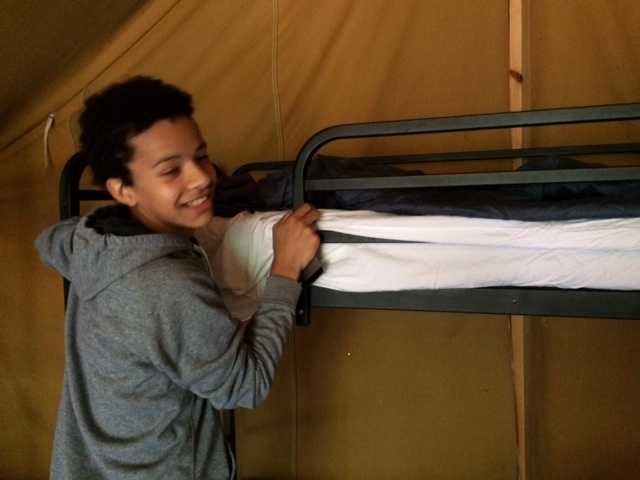 My daughter says that the boys learn as very young campers (ages 7 or 8) how to build a fire and keep it going on their own. She thinks her brother would love it!

While most of the campers are from Massachusetts and New York, there are always a handful from faraway places. The camp staff also is a nice mix of camp graduates and overseas Australians and Brits. 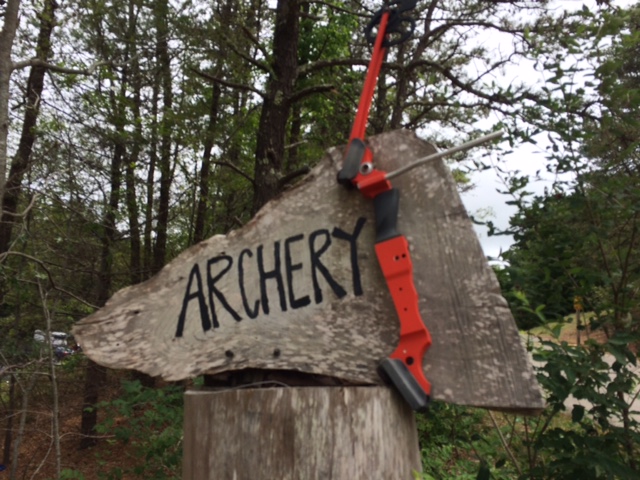 I was struck when I watched this TedTalk about 5 Dangerous Things You Should Let Your Kids Do how most of this was accomplished at camp. The kids are on a strict no internet/no cell phone policy so they can’t do #5. 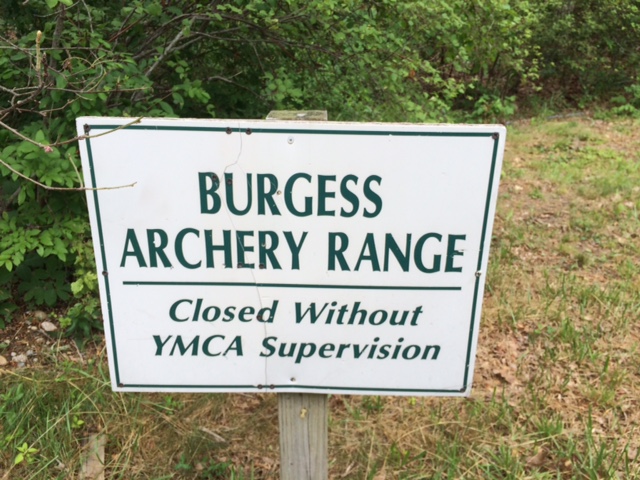 Gever Tulley, the founder of the Tinkering School, spells out 5 dangerous things you should let your kids do — and why a little danger is good for both kids and grownups. (He’s not a dad but this is also about safety and learning). 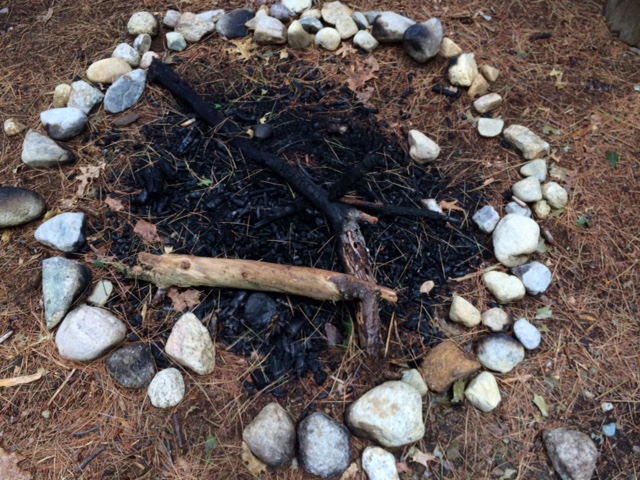 Of course, you don’t need to rely on camp to let your kids take these learning risks. You can do this at home too. It’s counter-intuitive perhaps, but building a fire, using a penknife, throwing a spear or shooting an arrow comes highly recommended! 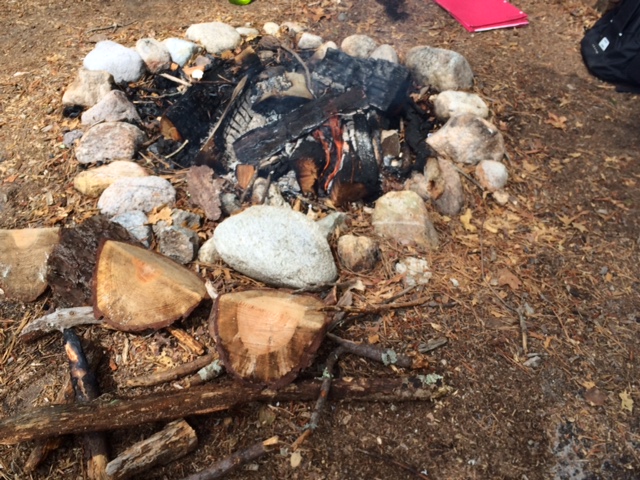 Care Packages To Impress Your Kids at Sleep Away Camp

Hiking and Camping Books for Kids