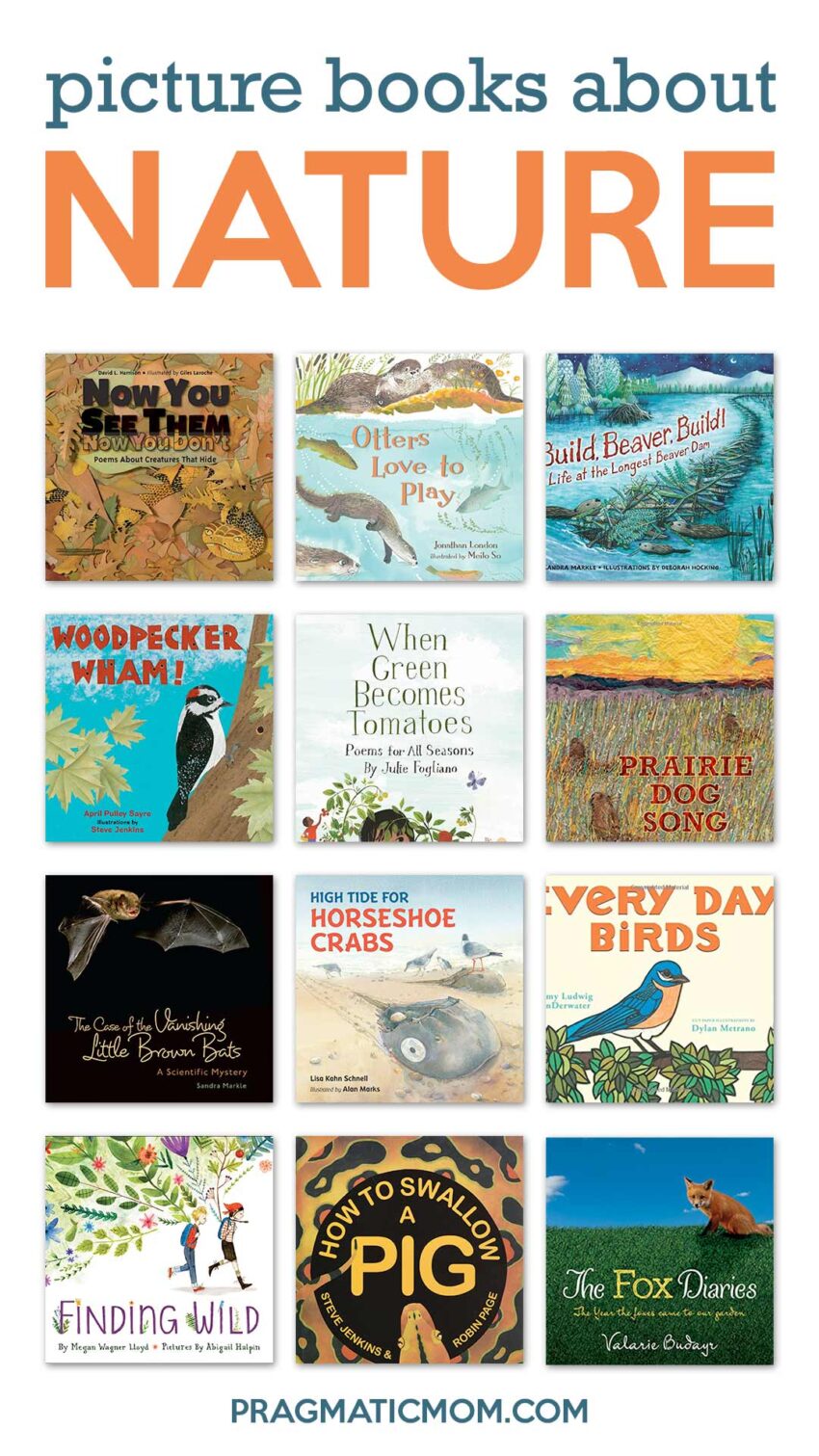 When I lived near a golf course in our old house a few miles away, I would spot red foxes running at dusk on the sidewalks. My friend Susan told me about her encounter with a coyote one winter afternoon. She and her black labrador were on the snow covered golf course for a walk when they were approached by a lone coyote. Unwilling to turn his back on the coyote, her dog put himself between her and the coyote and walked them backwards for two miles back to the street; eyes on the coyote the entire time. Susan thinks there was a litter of pups and the coyote was being protective. The thing is, I live nine miles west of Boston in a pretty tightly packed suburban area. It’s not farms and huge backyards where I live. Most houses sit on a quarter of an acre.

In this article, Why Wild Animals Are Moving Into Cities, and What To Do About It, by Popular Science, researcher Stan Gertz estimates that more than 2,000 coyotes now make a comfortable living in the Chicago metropolitan area. He notes that “some urban coyotes have even been spotted crossing streets in busy traffic—at the light, looking both ways, just like human Chicagoans.”

But why are they moving to cities?

It’s reasonable to assume that these animals are moving to the city because they’re being displaced by climate change and habitat destruction, but that’s only part of the explanation. One of the biggest factors is that there are more large carnivores than there used to be—primarily, Gehrt says, because of successful conservation efforts. As we make our cities greener, they become more attractive to humans and animals alike. Finally, the relationship between humans and large predators is changing. “We’re now seeing generations of certain carnivores that have had fairly light amounts of persecution by people,” Gehrt says. “They may view cities quite a bit differently than their ancestors did 50 years ago. Then, if they saw a human, there was a good chance they were going to get shot.”

The solution is straight forward Getz notes. Taking away easy meals—garbage and outdoor pet food—can help control issues with any species. In Nevada, for example, bear-proofing garbage cans and dumpsters has helped decrease complaints by two thirds since 2008. I don’t mind my wild animal neighbors. The coyotes keep the wild rabbits under control. It’s all about a balanced ecosystem, even a suburban one that can feel like a forest. I think we can learn to live with each other and it looks like we should figure out how to get along as they are seemingly not leaving. In Coyote Moon by Maria Gianferrari, readers can understand the coyote’s point of view as a mother works hard to bring food back for her litter of pups. Today, Maria is guest posting with her favorite Top 10 Nature Picture Books. We are also giving away three copies of her new book!

How about you? What wild animal sightings have you had and how do you feel about it?

Hooray for wild animal neighbors! My initial inspiration for writing Coyote Moon was a very close encounter with a coyote when I lived not too far from Mia in Waltham, Massachusetts. The coyote I saw that cold winter’s night in January 2007 was a regal and magnificent creature, more wolfish than coyote. At the time, I lived near a reservoir and a  city cemetery that bordered the Charles River where coyotes were known to live. Cemeteries are ideal edge habitats for many creatures, hence my reason for situating the coyote family’s den in a suburban cemetery. In fact, Coyote Moon is intentionally set in the northeastern U.S. suburbs for two main reasons. First, in the figure of a mother coyote who’s hunting to feed her family, I wanted to show young readers how coyotes can and do live among us, even in cities and suburbs. We can co-exist with these intelligent and amazingly adaptable carnivores as long as we keep them wild by not feeding them. The second reason for setting the story in the northeast was to illustrate how eastern coyotes (also known as coywolves) are coy-wolf hybrids, another phenomenal adaptation of this predator. They’re significantly bigger than western coyote cousins.

Whether you’re a city or suburban dweller, or even if you’re lucky enough to live in the countryside, there are so many ways to observe creatures, even predators like coyotes, who have been able to adapt to urban and residential surroundings. Urban ecology is a fascinating field of study. We can all be urban ecologists in our own neighborhoods! Here are my top ten favorite nature reads.

Now You See Them, Now You Don’t: Poems about Creatures That Hide by David Harrison, illustrated by Giles Laroche

A delightful read aloud of lively and humorous poems on a variety of camouflaged creatures—the perfect blend of science and art, with cool, collage illustrations. [picture book, ages 5 and up]

9. Otters Love to Play by Jonathan London, illustrated by Meilo So

Watch the otter pups grow, leap and tumble and wrestle. Meilo So has long been one of my favorite artists, and she renders the otter family with playful beauty. [picture book, ages 4 and up]

A beaver kit’s adventures through the seasons replete with information on beaver life and their habitat. Loved the whimsical illustrations too. [picture book, ages 4 and up]

Bouncy, onomatopoeic rhyme, and a great guide to a wide variety of woodpeckers (including my one of my favorites, the acorn woodpecker), texturally realistic illustrations by Steven Jenkins. [picture book, ages 4 and up]

This is a book I would have LOVED as a child! I read a library copy, and immediately bought one of my own, since I know I’ll re-visit it. Stunning, Zen-like musings and moments of beauty told in a circular journal format. I was reminded both of e.e. Cummings and William Carlos Williams. Julie Morstad’s images add a nostalgic, classic touch. [picture book, ages 6 and up]

The authors show the biodiversity of the prairies before the arrival of farmers and ranchers, to its near extinction and recovery through the re-introduction of prairie dogs using a unique multi-layered approach told through song and conversational text. [picture book, ages 6 and up]

4. The Case of the Vanishing Little Brown Bats by Sandra Markle

Written as a scientific mystery, this highly engaging account of scientists racing to discover what’s killing hibernating bats, and their important role in ecosystems, is fast-paced and informative with spectacular photographs. [picture book, ages 6 and up]

Through layered text, Schnell portrays the annual spawning of horseshoe crabs on the Delaware Bay. It’s a wonderful introduction to these amazing creatures as well as the migratory birds who pass through this shoreline habitat with detailed and realistic illustrations. [picture book, ages 4 and up]

A lush, lyrical and sensory meditation on the natural world with gorgeous vintage-y illustrations. [picture book, ages 4 and up]

Plus one for fun:

How to Swallow a Pig: Step-by-Step Advice from the Animal Kingdom by Steven Jenkins & Robin Page

Such a fun how-to book! A clever approach to animal behavior from nest-building to mimicry to trapping fish, and of course, swallowing a pig, just like a python. [picture book, ages 5 and up]

If you’re lucky, you may see some of these creatures in your very own neighborhoods, no matter where you live!

p.s. From Mia … for another look at how animals live in a suburb, I recommend:

The Fox Diaries: The Year the Foxes Came to Our Garden by Valarie Budayr

Valarie, my partner in crime at Multicultural Children’s Book Day, started her publishing career when a fox mom started a family in her yard! Everyone in her life (and blog) wanted updates on the fox family which resulted in this lovely picture book. [picture book, ages 4 and up]

To win a copy of picture book Coyote Moon, please fill out the Rafflecopter below. We are giving away three copies to three winners! Due to the high cost of shipping, we can only mail to USA.

Check out the other stops for the Coyote Moon Blog Tour: Maria writes both fiction and nonfiction picture books from her sunny, book-lined study in northern Virginia, with dog, Becca as her muse. Maria’s debut picture book, Penny & Jelly: The School Show, illustrated by Thyra Heder, was released in July 2015 (HMH Books for Young Readers); a companion book, Penny & Jelly Slumber Under the Stars, was released in mid-June. Her debut nonfiction book, Coyote Moon, illustrated by Bagram Ibatoulline, will be published by Roaring Brook Press in July and is a Junior Library Guild Selection. In October, Aladdin Books for Young Readers will publish another fiction title, Officer Katz & Houndini: A Tale of Two Tails, illustrated by Danny Chatzikonstantinou. Maria has five additional books forthcoming from Roaring Brook Press, Boyds Mills Press and GP Putnam’s Sons. To learn more about Maria, visit her website: mariagianferrari.com onFacebook or Instagram. Why Do Chameleons Turn Colors? It’s not to blend in!

For more great non fiction books for kids, please check out my Pinterest board: