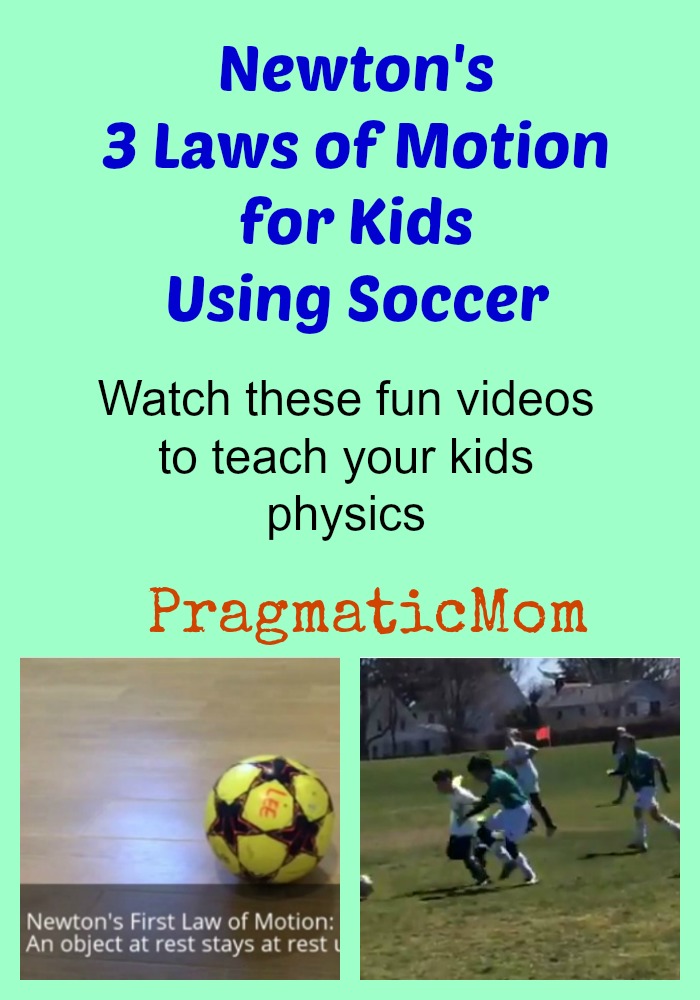 I remember how much I struggled in physics. It never really made sense to me. I didn’t want my kids to have this same experience so I thought I’d expose them earlier so that they would have a more intuitive feel for Newton’s Laws of Motion, the foundation of physics.

To make physics fun and relatable, I thought I’d use soccer to illustrate Newton’s three laws of motion. My son demonstrates here and there’s another animated cartoon below on Newtonian physics in space.

How about you? Do your kids gravitate towards the sciences?

An object at rest tends to stay at rest, and an object in motion tends to stay in motion, with the same direction and speed, unless acted upon by a force.

(The reason why the soccer ball doesn’t roll forever is because of an unseen force on the ball: friction! Friction is a force that holds back the movement of a sliding object.)

Force on an object is equal to the mass of that object multiplied by the acceleration of the object:

The second law shows that if you exert the same force on two objects of different mass, you will get different changes in motion (acceleration).

Hope these videos made Newton’s 3 Laws of Physics easy to understand, and even fun!! p.s. My son’s last soccer game here … can you spot all three of Newton’s laws of motion in here?

For more easy science experiments for kids, please check out my collaborative Pinterest board: Science Fun: