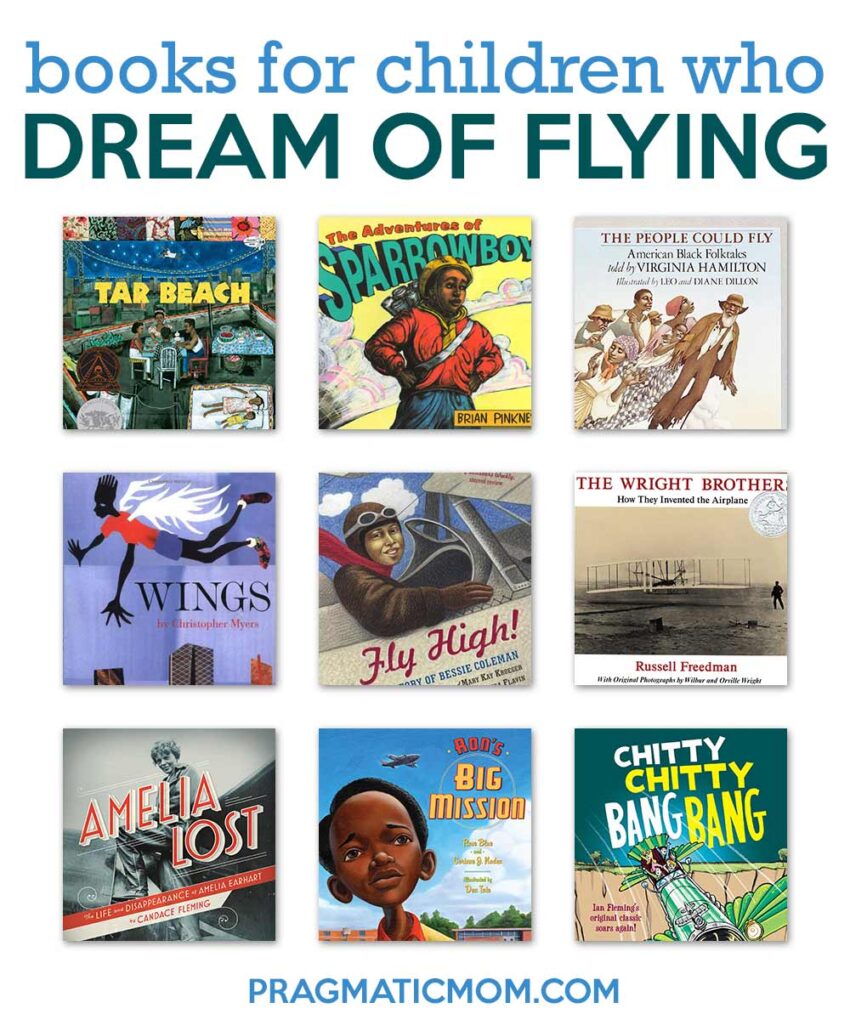 Read these children’s books about flying on an airplane! Perfect picture books about amazing airplanes and the people who dream to fly.

Please welcome my guest blogger today, author Carole Boston Weatherford! Her novel in verse just came out, a stunning perspective of the accomplishments of the Tuskegee Airmen during Jim Crow WWII America.

This is a family endeavor, the dramatic scratchboard illustrations are by her son, Jeffrey Boston Weatherford.

Carole Boston Weatherford’s novel in verse tells the story of the Tuskegee Airman, the pioneering African-American pilots of World War II, and of life for blacks during this time. Jim Crow laws permeated the military during this time; the SS Mariposa actually had a rope to separate black soldiers from white.

But it also curtailed training and leadership opportunities for African Americans, both male and female. Top brass claimed that blacks were not fit to fly.

Of the more than 400,000 pilots trained by the Civilian Pilot Training Program, only 2,000 were black; less than half of a percent. With tremendous pressure to prove their worthiness, The Tuskegee Airmen earned 900 plus medals including Distinguished Crossed, Bronze Stars and Purple Hearts.

Their accomplishments paved the way for full integration of the U.S. military. [novel in verse, ages 9 and up]

Newbery Award-winner Hamilton teams with two-time Caldecott winners Leo and Diane Dillon to retell animal, supernatural, fanciful, and cautionary tales, as well as tales from the freedom struggle. [collection of folk tales, ages 8 and up]

p.s. From Mia. Pair You Can Fly with picture book Coming on Home Soon by Jacqueline Woodson, illustrated by E. B. Lewis* Jeffery Boston Weatherford is a multitalented artist, designer, and rapper. The son of a poet and a preacher, Jeff was born in High Point, North Carolina. He holds a B.A. in Art and Design from Winston Salem State University where he was a Chancellor’s Scholar and honor graduate. Currently completing a Master of Fine Art at Howard University in Washington, D.C., he is an arts educator and freelance designer. He conducts hip hop workshops combining literacy and technology. His art has shown at galleries in the Southeast and Mid-Atlantic regions. You Can Fly is his first book.