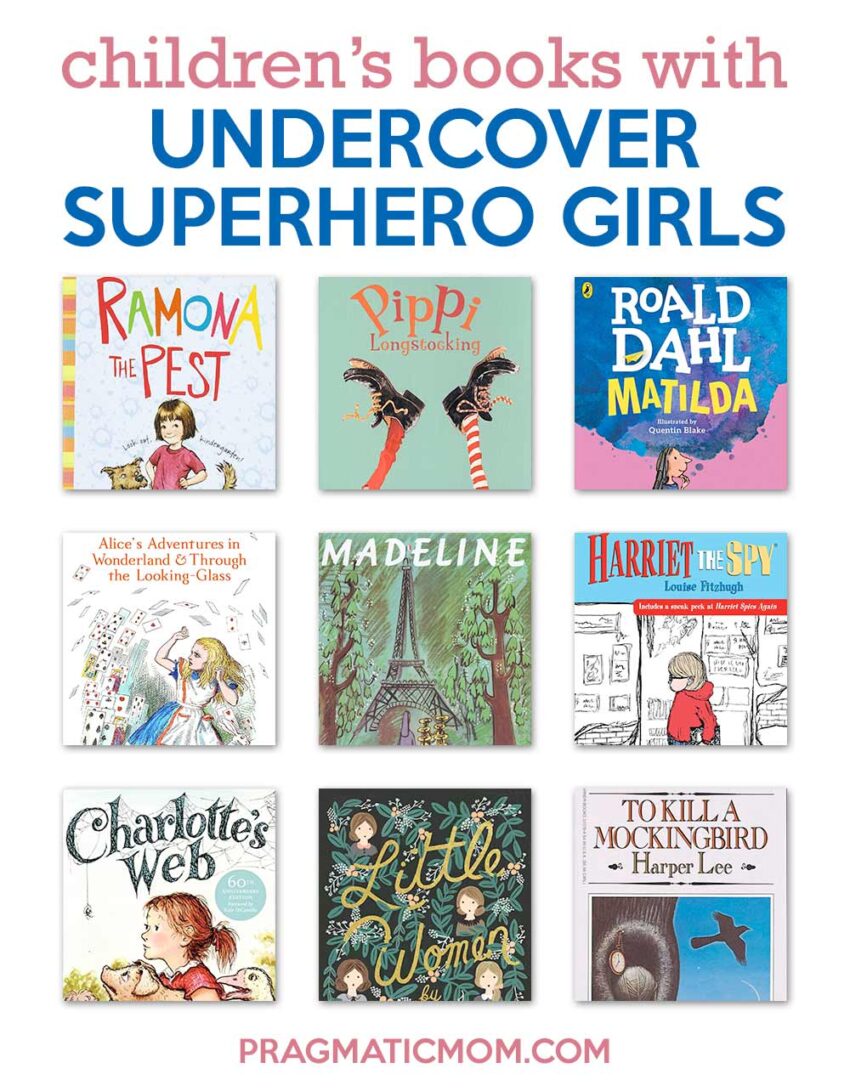 I’m really excited to have author Lisa Yee guest posting today! She has a new middle-grade novel series showcasing the DC Super Hero Girls. This new series brings all-new stories to life beyond what was in cartoons and will let the Super Hero Girls have new adventures!

In Yee’s middle grade series, these iconic DC Comics characters are your {typical} high schoolers. Ok, maybe not. At Super Hero High, the galaxy’s most powerful teens nurture their powers and master the fundamentals of what it means to be a hero.

In the first book BY LISA YEE!!, the student body is about to meet their strongest classmate yet – Wonder Woman!

DC SUPER HERO GIRLS #1: Wonder Woman at Super Hero High released a few days ago, on March 1, 2016. Get it while it’s hot off the presses! Today Lisa Yee is sharing her favorite super girls in children’s books. We both speculate that they could have been superheroes in disguise. Or maybe demigods? Or both?

Our favorite girls from classic literature and why they just might have been secret superheroes.
by Lisa Yee, author of Wonder Woman at Super Hero High 1) Ramona Quimby, because put a towel around her shoulders and she’ll turn it into a cape.

2) Pipii Longstocking, because she’s independent and has superhuman strength.

3) Matilda, because she has a sense of justice, backed up with magical powers.

4) Alice, from Alice in Wonderland, because she’s been to other worlds and lived to tell about it.

5) Madeline, because she’s got a daring sense of adventure and can make rabbits appear on ceilings.

6) Harriet the Spy, because she’s got that sleuthing-figuring-it-out-thing nailed.

Harriet the Spy by Louise Fitzhugh

7) Fern from Charlotte’s Web, because she can understand what animals are saying.


Charlotte’s Web by E. B. White

8) Dorothy from the Wizard of Oz, because she can bring a wicked witch down.

The Wizard of Oz series by Frank L. Baum

9) Jo from Little Women, because she’s whip-smart and can write her own stories.

Little Women by Louisa May Alcott

10) Scout from To Kill a Mockingbird, because she’s the definition of fearless.

To Kill a Mockingbird by Harper Lee Lisa Yee’s debut novel, Millicent Min, Girl Genius, won the prestigious Sid Fleischman Humor Award in 2004, and with nearly two million books in print, her other novels for young people include Stanford Wong Flunks Big-Time (2005), So Totally Emily Ebers (2007), Absolutely Maybe (2009), Bobby v. Girls (Accidentally) (2010), and Bobby the Brave (Sometimes) (2012).  Lisa is also the author of American Girl’s Kanani books and Good Luck, Ivy. Her novel, Warp Speed, is about a Star Trek geek who gets beat up every day at school, and her latest YA novel (2015) is called The Kidney Hypothetical, Or How To Ruin Your Life In Seven Days. She’s also the author of the American Girl’s 2016 Girl of the Year series. 10 Awesome Children’s Books to Reread as an Adult

Leave a Reply to Colours of Us Cancel reply