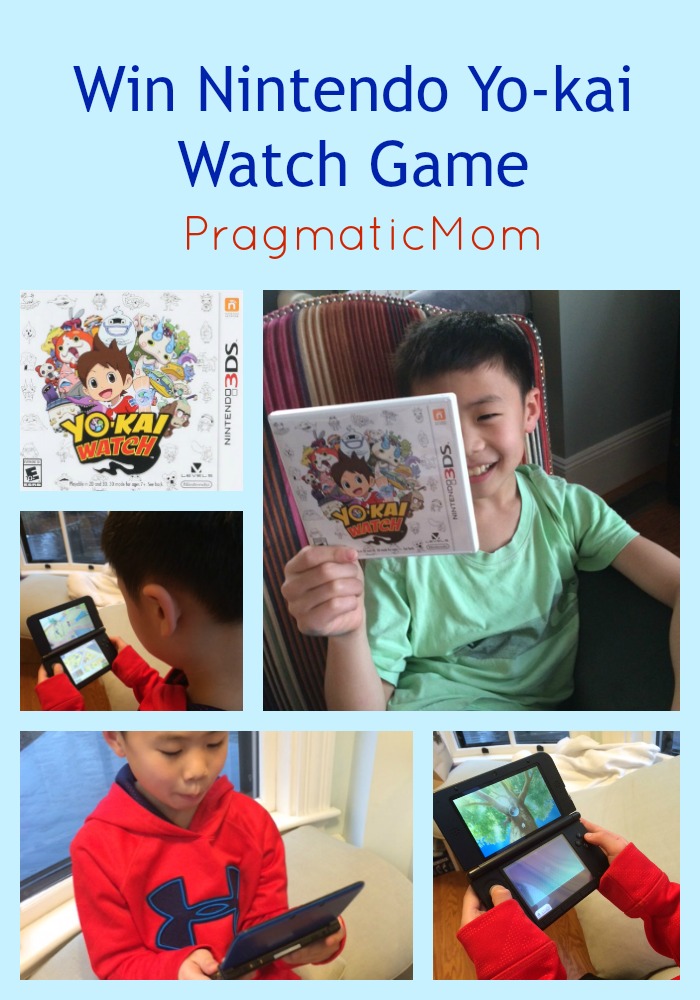 This post was sponsored by Nintendo as part of an Influencer Activation for Influence Central. I received complimentary products to facilitate my review.

It wasn’t hard to convince my 5th grade son to try out the Nintendo Yo-kai Watch video game on his 3DSXL. In fact, he was surprised and elated when the game arrived in the mail, but not sure how it happened. Usually, he orders his games online, and tracks the arrival diligently, to the hour! It’s unusual that I’d have a video game lined up for him! We have him doing a lot of extracurricular activities — soccer, boxing, guitar, and Chinese — but he likes his downtime which typically revolves around gaming: watching YouTube videos of people gaming, playing video games, and watching YouTube videos of people gaming while gaming on another electronic device. He justifies this two-fisted gaming by saying that it’s teaching him to multi-task! Perhaps because he’s one-quarter Japanese-American (or because he’s been learning martial arts since he was two years old), he’s always had a fascination for all things Japanese from gaming to TV shows. He was excited to learn that Yo-kai Watch which is a video game craze in Japan, is available in the United States for the first time. It’s made exclusively for the portable Nintendo 2DS and 3DS family of systems including the New Nintendo 3DSXL. He has both a Nintendo 3DSi and a 3DSXL so that was not an issue for him. I support my son’s passion for gaming because it’s proved to be an educational inspiration for him to program his own games in Scratch and Java, play guitar, and draw. The concept behind Yo-kai Watch is about timeliness.

Have you ever forgotten your keys or found yourself running late? Maybe a Yo-kai is to blame. Players must find and befriend these mischievous Yo-kai that inhabit the world and turn them into a team that battles other Yo-kai.

My son has enjoyed similar games in the past with characters that evolve and change. He especially likes wandering adventures with friends where you battle with these animal-like characters. He recommends it for ages 4 and up. Yo-kai Watch is available now, online and wherever video games are sold at a suggested retail price of $39.99.

To win a Nintendo Yo-kai Watch 3Dsi Game worth $39.99, please fill out Rafflecopter below. Contest entrants are only eligible to win once per sweepstake, per household as a part of a campaign sponsored by Influence Central and must reside in the United States.