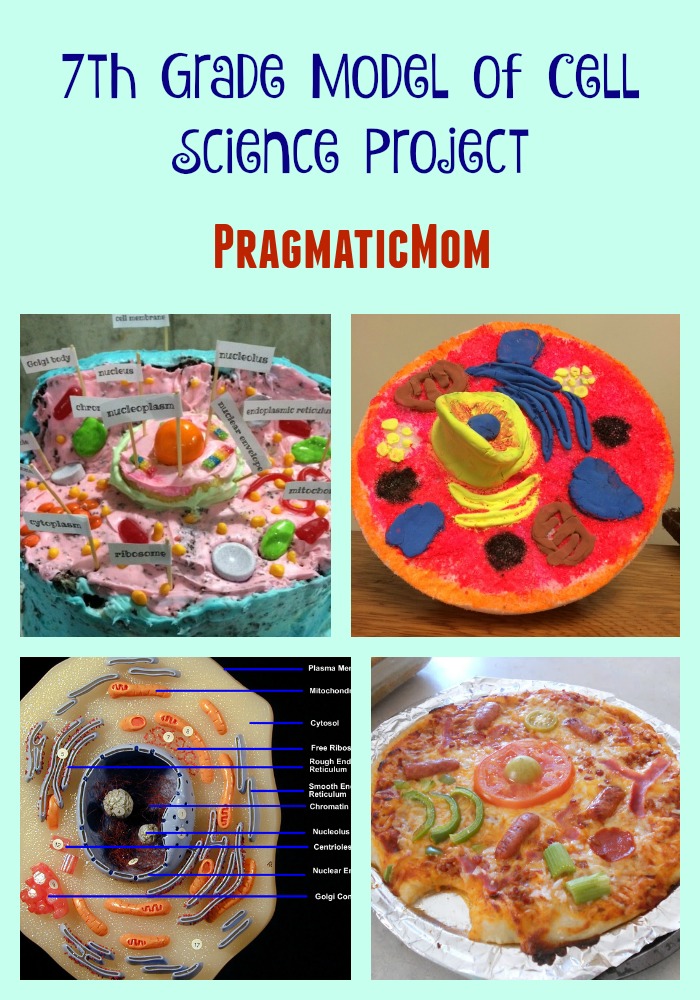 The model of a cell cake is a popular science project for 7th grade. My daughter says that anyone who bakes this cake gets an A on their project. Her class ate the cake after she and her partner presented it. It was delicious even though it was a day old.

Here are instructions to  bake your own Edible Cell Model from Weird Unsocialized Homeschoolers. There is a lot of leftover candy after the project is completed which is why I think my daughter chose this project! Erik from This Kid Reviews Books made an awesome Steampunk version of a cell! It lights up too! At my daughter’s parent teacher conference, I found other versions of the Cell Model Project. This one was made of sculpy clay. The lego cell model was a creative twist! My son could do that in a few years when he’s in 7th grade. He has plenty of legos for this project! Here are some other really cool edible cell model that I found online. 3D Cake with cell parts within the cake!