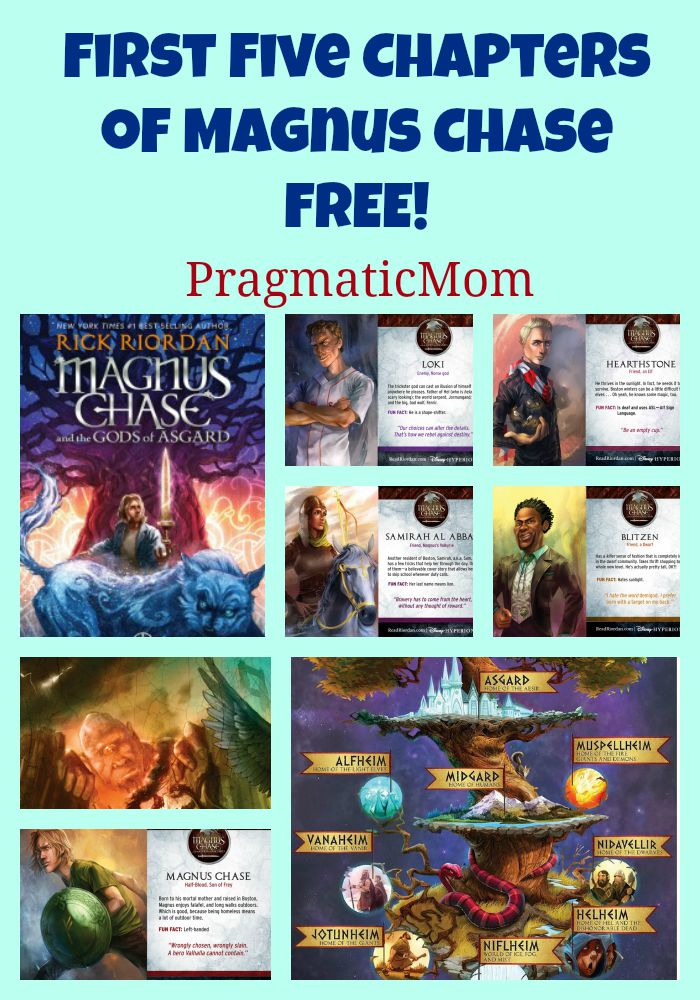 This is the final pit stop for the #ReadRiordan blog tour that I’ve been on for the past five months. I’m sad that it’s ending because nothing is more exciting in my house than a new Rick Riordan book. My 10-year-old son screams with excitement every time a new box arrives with this sticker on it: Our last and final package included a copy of Magnus Chase and the Gods of Asgard, The Sword of Summer. It’s coming out October 6th but I have a treat for you!!

Here are the first five chapters!!! Click on image to preorder at Amazon. I’m an affiliate.

Magnus Chase has always been a troubled kid. Since his mother’s mysterious death, he’s lived alone on the streets of Boston, surviving by his wits, keeping one step ahead of the police and the truant officers. One day, he’s tracked down by an uncle he’s never met—a man his mother claimed was dangerous. His uncle tells him an impossible secret: Magnus is the son of a Norse god. The Viking myths are true. The gods of Asgard are preparing for war. Trolls, giants, and worse monsters are stirring for doomsday. To prevent Ragnarök, Magnus must search the Nine Worlds for a weapon that has been lost for thousands of years. When an attack by fire giants forces him to choose between his own safety and the lives of hundreds of innocents, Magnus makes a fatal decision. Sometimes, the only way to start a new life is to die . . . Check out the Boston accent of the narrator in the trailer for the new Magnus Chase series by Rick Riordan. I’m from Boston so this delights me! As do all the refererences to icons in Boston!

Please fill out Rafflecopter below to win a copy of Magnus Chase and the Gods of Asgard, The Sword of Summer.

This is NOT a compensated post but I am receiving books, merchandise and prizing from Disney-Hyperion as part of the #ReadRiordan blog tour which is delighting my Riordan obsessed kids!