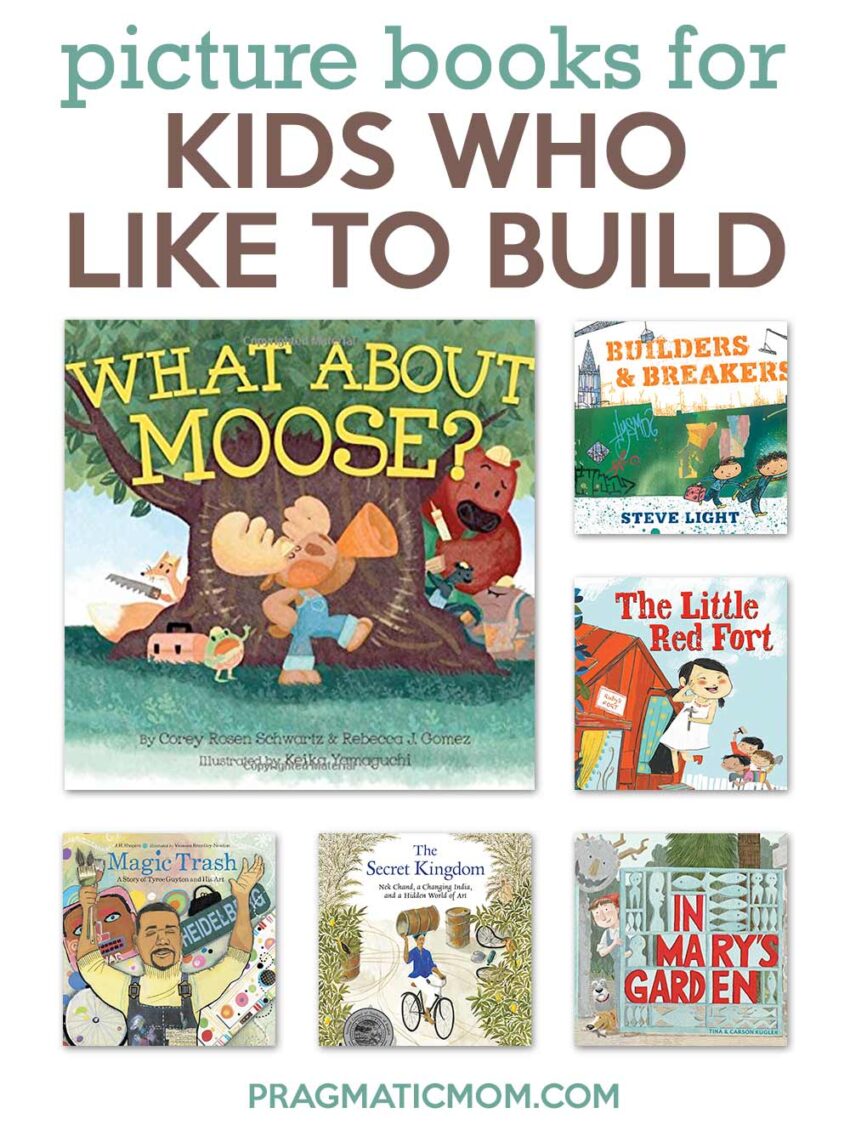 I’m glad that PickyKidPix knows how to use power tools. It started with woodshop in middle school, and then she progressed to assembling her own furniture from Ikea. The Ikea projects included a bed, desk, desk hutch, TV console, and bedside table. This is the Mesopotamia Throne Project Inspiration Photo.

When it came time for her to figure out a school project, she and her partner decided to build a throne from Mesopotamia. They had to figure out how much wood and what size pieces of wood they needed. All my husband did was help them cut the wood to their specifications and drive the wood to school. After that, it was all them and some choice power tools. This is the Mesopotamia Throne my daughter and her partner built. Power tools were expertly wielded.

Girls using power tools is a beautiful thing. I found some picture books for kids who like to build. Maybe these books will bring out the engineer, the industrial designer, the architect and the builder in all kids. I hope so! It’s a great life skill that I wish I had!

The Most Magnificent Thing by Ashley Spires

A little girl and her assistant decide to construct the most magnificent thing. She hammers, tinkers, measures, glues, smooths, wrenches, fiddles, saws, and adjusts, but it’s not quite right. This is a lot harder than she thought. It makes her frustrated. It makes her mad. In fact, she gets so angry that she smashes it apart. Her assistant suggests a walk. And this little break helps her reconfigure her magnificent thing .. which ends up turning out exactly how she wants it. [picture book for kids who never give up, ages 4 and up]

Once upon a time on a planetoid, lived a girl named Cinderella who dreamed of fixing fancy rockets. A retold Cinderella fairy tale of a girl who fixes robot dishwashers and zoombrooms but secretly studies spaceship repair.

Her stepsisters are invited to the Prince’s Royal Space Parade, and, of course, she’s not allowed to attend unless she can fix a broken ship to fly to the show. Her fairy godmother comes through with tools and a spacesuit, and Interstellar Cinderella is there to fix the Prince’s spaceship when it gets stranded. The Prince wants to find the girl who fixed his ship so he searches the cosmos for a girl who can wield a sonic socket wrench.

In an apt ending, Cinderella escapes and claims the socket wrench and the Prince asks for her hand, but she has a different response than in the classic fairy tale. [picture book for mighty girls, ages 4 and up]

Magic Trash: A Story of Tyree Guyton and His Art by J. H. Shapiro, illustrated by Vanessa Brantley-Newton

This true story about Tyree Guyton literally turned trash into art to save his decaying Detroit neighborhood. And it worked. The Heidelberg Project is more than 30 years old. Visit this remarkable public art display in Detroit or online at www.heidelberg.org. [picture book, ages 4 and up] 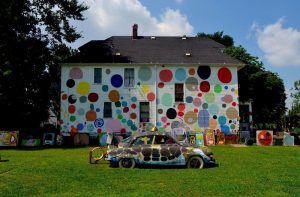 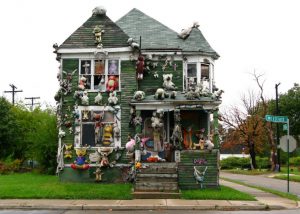 The Secret Kingdom: Nek Chand, a Changing India, and a Hidden World of Art by Barb Rosenstock, illustrated by Clarie A. Nivola

Nek Chand is a refugee during the partition of India who made a secret garden that reflected the stories of his youth to combat the concrete modern city, Chandigarh, he moved to. His Rock Garden is now a thirteen-acre marvel. [picture book, ages 6 and up] 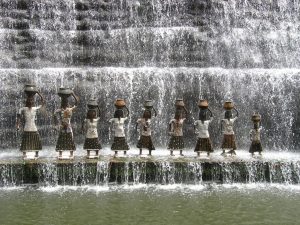 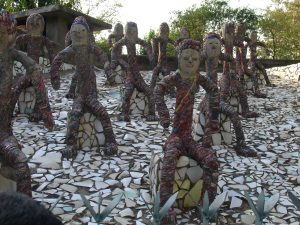 In Mary’s Garden by Tina and Carson Kügler

As a little girl, Mary was happiest building things. She helped her father build a house on the shore of Lake Michigan. She collected treasures from the shore — driftwood, sea glass, stones, and broken household objects — and used them to create marvelous sculptures for her garden.

This picture book is about the Wisconsin artist Mary Nohl and her garden in her Lake Michigan cottage. Even today, Mary’s art is controversial. The John Michael Kohler Art Center in Sheboygan, Wisconsin is seeking to preserve her legacy. You can learn more about that here. [picture book about staying true to yourself, ages 4 and up] Fox and her friends are building a treehouse and she wants to be the project foreman. But then Moose joins in and takes over by shouting commands using a megaphone. He thinks he is doing his share but his friends don’t agree because no one likes a dictator! When the treehouse goes up, there is one small problem. Everyone is needed to figure this one out, not just Moose! [picture book about working together, ages 4 and up]

A very simple introduction to engineering set on an urban high rise construction site. The different elements that go into a build are presented in an engaging way, including demolition, welding, craning, and building. The endpapers suggest the big picture behind this chaos of blueprints and engineering designs. This is a nice addition to any child who likes trucks. [picture book, ages 3 and up]

This is a riff off Little Red Chicken but with a growth mindset girl, Ruby, who figures out who to build a fort by herself because her brothers don’t want to help. When her fort is complete, her brothers want to play but Ruby refuses to let them. They have to figure out a way into her good graces by creating improvements on her little red fort. [picture book, ages 4 and up] 18 thoughts on “Picture Books for Kids Who Like To Build”