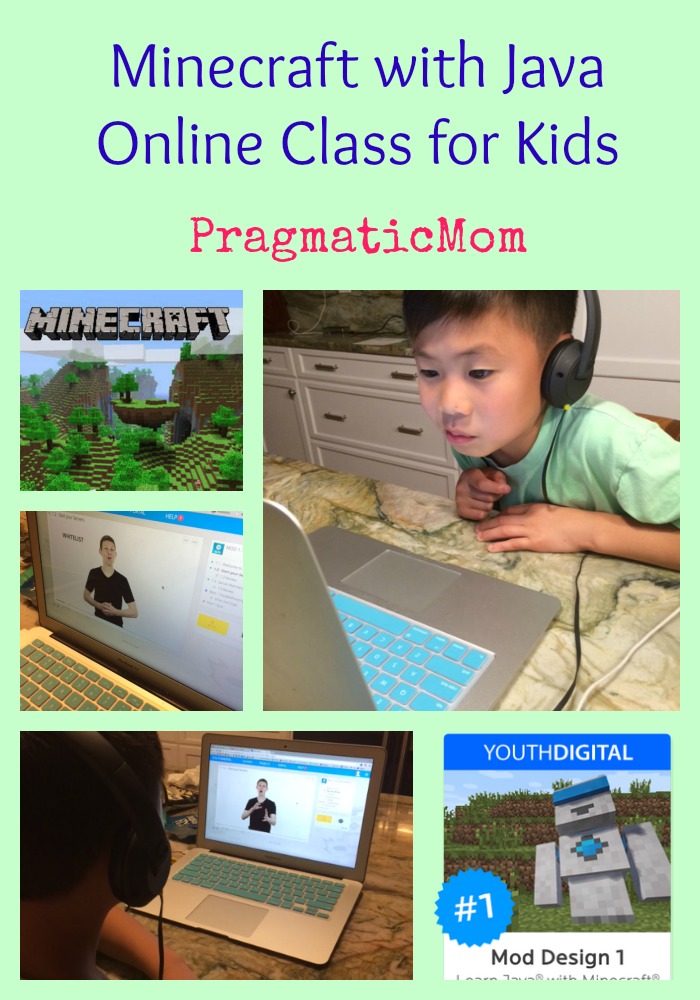 My 10-year-old son’s favorite camp is a Minecraft one which he does with his friends for the past two years. They are all serious gamers and the moms are happy with a week of really expensive computer camp because we think it will get them programming their own games. I’ve been working to take his interest in gaming into other areas like reading and science and this summer, my secret goal for him is to program on his own in Python which is a better language for gaming I’m told, and easier to use than Java. My son learned Scratch in third grade, and moved on the Java in fourth grade learning programming basics like boolean logic and If-then and if-else statements. He took Minecraft making Mods for the past two years at camp and this year, he will take Minecraft with Java. I’m not exactly sure what this entails but I think it involves a Minecraft server.

His friend Cole’s older brother Caleb has his own Minecraft server. I asked my son if he wanted one too and he said he did, but that it’s really expensive. Caleb saved for one year to buy a special gaming computer which I think houses his Minecraft server. My son likes playing Minecraft at Caleb’s house. There’s usually a group of boys playing simultaneously on Minecraft on different computers but working together.

I told my son that I was offered a new online course that teaches kids how to program and customize their own Minecraft® server that he could try out. It’s a class called Server Design 1 ($250) through Youth Digital, a technology education organization for kids ages 8-14. He was excited to get started right away! One benefit of programming a Minecraft server is having your friends play with you. I know that when my son logs into Minecraft to play, he plays with kids but they are not anyone he necessarily knows; it’s just the kids who happen to login at the same time on the same server. You can’t control which server you get either.

In this Server Design 1 class, my son will be coding in Java to make his server exactly the way he wants. He can invite in his friends to join him and control who joins him on his Minecraft server. He won’t need a special computer to program or house the server either! My son will have 30 hours of interactive lessons with ongoing instructional support and technical support should he need it. The learning activities include watching videos, earning badges, and completing quizzes and challenging assignments. I know that he currently self-teaches himself Minecraft by watching hours and hours of YouTube videos so this is good fit for the way he learns.

If programming a Minecraft server is not your child’s cup of tea, there are other online classes through Youth Digital including game development, mobile app design, Java programming, 3D printing & modeling, and 3D animation. The classes are all online giving ALL kids access to advanced technology education created for their age level. Particularly in a technical field where technology changes rapidly, I think it is really important to self learn. All the best programmers that I knew would learn new programming languages on their own, either through books or trial and error. They were the ones who were eager to master the newest thing and their quest for knowledge kept their skill set sharp.

What can kids do with a love for computer programming? They can become digital creators, designers, animators, programmers and developers. The world opens up for them as these skills are in high demand. But even more importantly, I love that my child can learn at his own speed and explore a topic he has a passion for. p.s. As I often remind my kids, Minecraft sold for $2.5 billion dollars to Microsoft in September 2014.

Minecraft founder, Markus Alexej Persson (born 1 June 1979), is a Swedish video game programmer and designer. Persson is the founder of Mojang, the video game company he founded alongside Carl Manneh and Jakob Porser in late 2010. He began programming on his father’s Commodore 128 home computer at the age of seven. Having experimented with various type-in programs he produced his first game at the age of eight, a text-based adventure game. from Wikipedia

I am a Youth Digital Blogger Ambassador. This post is part of a sponsored campaign in which I received Server Design 1 class for free (a $250 value), but my review and opinions are my own. My son has started the class and is tearing through it. I much prefer this to him playing video games.

8 thoughts on “Minecraft with Java Online Class for Kids”