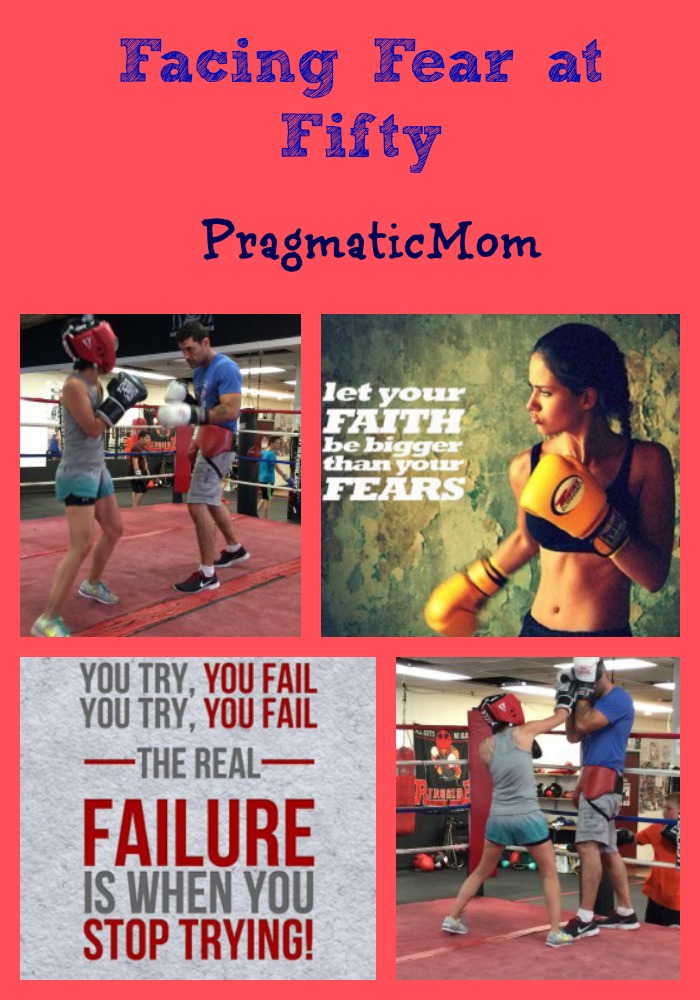 I grew up in a culture of fear. I’m not sure if it’s because my mother’s life turned upside down when she was forced to leave her home during WWII for simply being Japanese American and living in San Francisco or if it’s because she’s a tiny woman at 4 feet 11 inches. Or if it’s simply because she read the paper every day. The Orange County regional news is full of violent crime and my mom would draw parallels and warn us, “Don’t ever use an A.T.M. machine at night or you’ll get robbed!” I was living in Boston at the time and Harvard Square at night is a hopping place. No matter. Just don’t use the A.T.M. at night. Check! Thanks mom! Of course, I got robbed at gunpoint a decade after that in West Los Angeles and I was not at an A.T.M., though the gangbangers who robbed a small group of us — all Asian American — thought of us as their personal A.T.M. I was taking Aikido at the time and I realized how useless Aikido, especially at my beginner level, is in the face of a gun in your face. I moved my husband and I to Boston shortly after that experience. It’s not like Boston is safer but I started to feel like I wanted to get some hand to hand combat skills again so I took a few kickboxing classes, got pregnant with our first and that was that. No time for anything but work, eat, sleep and baby. When I moved to Newton, I was a stay-at-home mom with three kids and I got totally freaked out reading the local news; on Christmas Eve at a Target a few towns over, a man pulled a knife on a woman with her young 2-year-old son and raped her in a nearby motel with her son cowering by the nightstand. My son was 3-years-old and difficult to buckle into his car seat. I felt so vulnerable that I took to climbing into the back seat, locking the doors of the, and then strapping him in. This feeling of helplessness, of fearing the unknown, of danger looming unexpectedly was a heavy burden and I hated feeling this way. In my early 40’s, I found a local karate guy who would teach me kickboxing privately and I explained that I wanted to learn self-defense through martial arts. He taught me to break holds and how to properly choke someone out. We sparred too because he said it was essential that I could put up two minutes of serious fight. And I needed to be able to take a few blows without getting rattled. I couldn’t let a few punches or hard kicks faze me. As I neared 50 a few years ago, I noticed that all of a sudden for the first time in my life, I was gaining weight even though I did nothing differently. A few pounds meant that all my pants suddenly didn’t fit. My mom friend Penny had suggested that we learn to box and I was in charge of getting the party started and so I did. A group of us started and it became clear that we were, in fact, two groups. One group was there for the cardio exercise and the second group wanted to spar. Did we, the group that wanted to become fighters, have something to prove? I did. It’s my fight against fear. Because how often do you face your fears when you are a mom? Stare it down in the face and try to exorcise it away? For me in a safe suburb, devoid of gangbangers, not so often. Boxing was my mid-life crisis where I could pinpoint my energy around my fear of being helpless against an unknown (gunless and hopefully knifeless) assailant. Of knowing that I would not freeze or submit and that my instinct would be to launch an attack.

And the message of my yoga instructors started to permeate my brain: breathe though a moment of challenge. The challenge can be a flurry of fists to your head or fatigue in your body but the act of relaxing against challenge; to let calm win over panic is the real goal. So fighting fear at fifty for me is simply to chose calm over fear. Accept that fear is a decision one makes out of a place of weakness and panic. But that, in realizing fear is a choice, I have the choice to breathe it away and take what comes next. It is one moment in time where I decide to breathe through a moment of challenge or not.

Turning fifty is a new age check box when you fill out questionaires, but it’s also my chance to define who I am and who and what gets to intimidate me. And right now, I lived enough to say, nothing and nobody.

p.s. Boxing is a demanding mistress. She requires peak physical conditioning because those two minute rounds are the longest two minutes of my life and the 30 seconds I get in between are not nearly long enough to actually catch my breath. I hate running and I’m bad at running but she makes me run miles with my dog in order to make it through those two minute rounds.

Rock hard abs are also by product of training. It’s not for show (though I do love a good 6 pack), but to take a hard punch in the gut by tightening up the core in one swift breath.

And power in punches does not actually come from arm or shoulder strength; it comes from the core, with roots in the legs. Think whip action. The lower body coils up and, in one smooth motion, releases velocity by unwinding, with the fist, the mere end of the whip who is along for the ride. It’s really all in the legs. “He’s lost his legs,” you’ve might have heard from a boxing announcer meaning that it’s just a matter of time before that contender is toast.

Lightening fast reflexes are another of her demands. Read the slightest of twitches and translate that into an evasive movement. That’s not so easy and not natural. I don’t think anyone gets this as a freebie as a “natural ability.” It’s simply hours upon hours of practice. Make. Do. a documentary of creatives by Brian Frank was the source of these two quotes that screamed out to me:

“Taking risks is like a muscle and it needs to be nurtured and trained.” “There will always be fear in doing things we’ve never done before. Fear of failing. Fear of being imperfect. But there’s also joy in solving those problems.  And even more joy in discovering that’s what you love to do. That’s when you start learning the lessons you need to learn. And meeting people who are meant to be in your life. If you wait until you’re ready, it might not ever happen. If you keep waiting for everything to align or for the timing to be perfect, the opportunity might pass by you. Don’t wait.” 16 thoughts on “Facing Fear at Fifty”