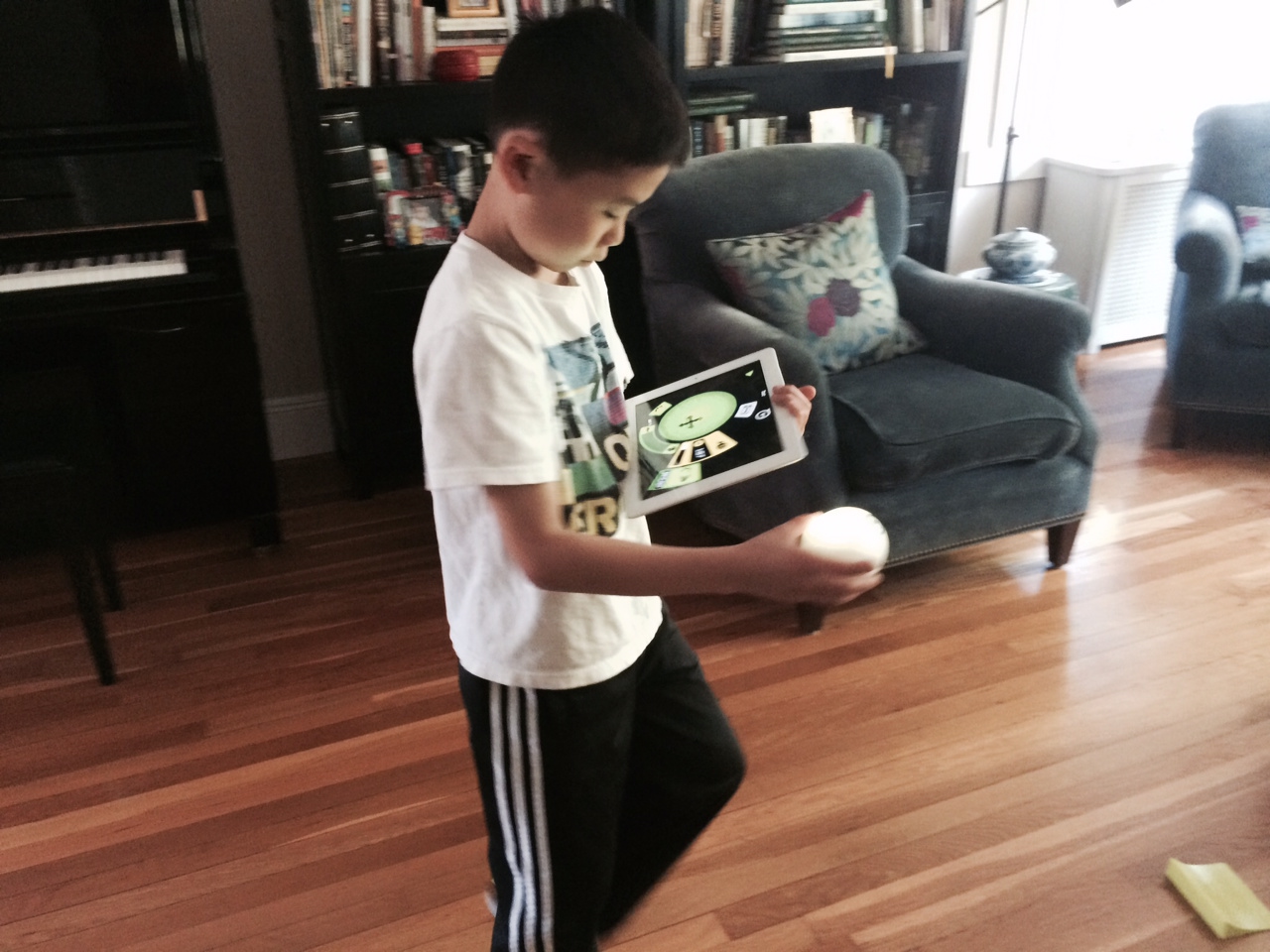 I received an opportunity to try out Sphero and I thought my son might like it since he’s learning how to program in Scratch and Processing (an object-oriented version of Java). What I didn’t realize was that Grasshopper and Sensei, a rising high school freshman, and PickyKidPix, a rising 7th grader, also wanted the Sphero, such that it was a bit of a fight for control!

So there you have it; Sphero is a robotic ball that can captivate kids across three levels of schools: elementary school, middle school and high school!

What is Sphero? Sphero is a robotic toy that kids can program. It looks like a ball that can roll up to a speed of 7 feet per second and is remote controlled through an app with a range of up to 100 feet. You download an app to your iPhone or iPad to control Sphero. My son instantly loaded the app on our iPad and started fooling around with it. He ran Sphero through a series of movements including running it up ramps and around objects in our living room. After he got the basics of moving the Sphero around, he moved on to the gaming aspect. This game is called drop zone. You move around the Sphero to a certain point in order to win a prize. There are many more games to play on the Sphero but what is exciting for me is that kids can learn to program Sphero! There are even video tutorials provided! Using a language called OrbBasic, kids can also write code for Sphero. This is out of my realm, so I’ll have to ask my son’s computer programming tutor to help him with that!

For an extremely limited time, the Sphero 2.0 is now $99 discounted from $129. It’s a pretty versatile toy that is also an educational tool both at home or in the classroom.

Are you looking for summer learning projects? Learning to program Sphero might be a fun way to entertain and teach a small group of kids. I’ll keep you posted if we pull this off!

I am blogging on behalf of Sphero and received compensation for my time, but the views expressed here are solely mine.

10 thoughts on “Sphero is Worth Fighting Over”