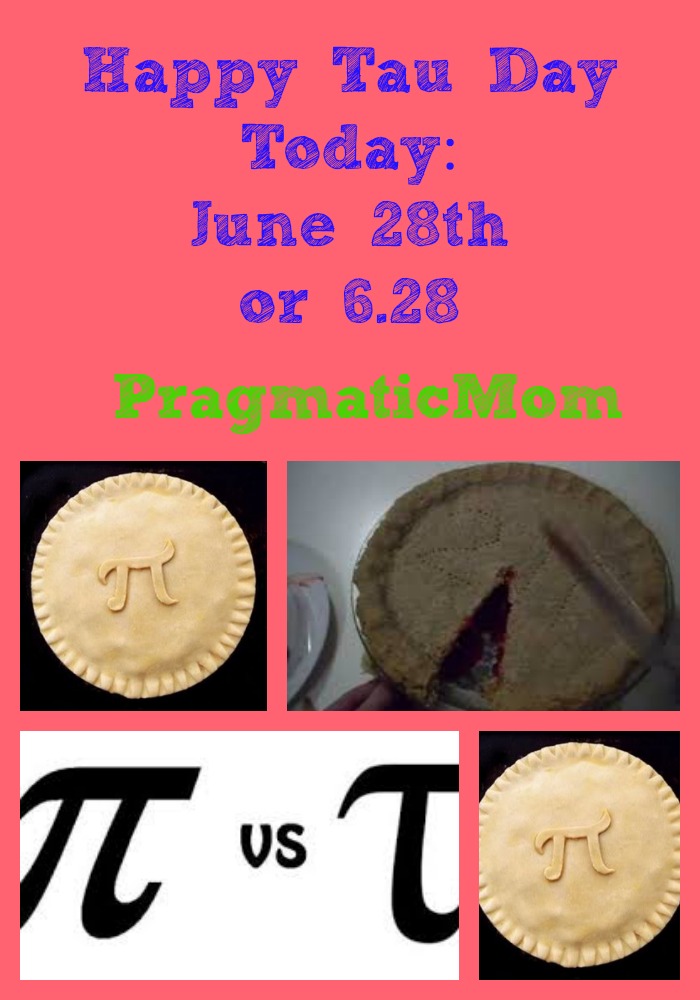 One easy way to think of Tau Day is just to eat twice as much pie today as you did on Pi Day (March 14). 
What is Tau? In 2001, Bob Palais published the article “π Is Wrong” in which he argued that the beloved constant π is the wrong choice of circle constant. He instead proposed using an alternate constant equal to 2π, or 6.283… to represent “1 turn”, so that 90 degrees is equal to “a quarter turn”, rather than the seemingly arbitrary “one-half π”.

Does that clear it up for you? No? Me neither! I’m totallly confused to. Let’s check in with Vi Hart for some help.

What Tau Sounds Like: A Musical Intrepretation of Tau p.s. And get excited for 2015, just one year away, when we will celebrate 3/14/15 9:26:54, both AM and PM, the only two moments in an entire century represented by pi’s first ten digits. From From the Mixed Up Files of Middle Grade Authors