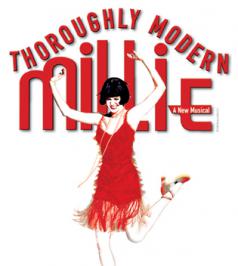 Today I am on the front page of The Boston Globe for the past week of posts that I wrote on my microblog, I Love Newton, about the anti-Asian racism in the local high school musical, Thoroughly Modern Millie.

In case you are trying to find the posts, they are here:

My Take on Thoroughly Modern Millie

Talk Back: Racism in Thoroughly Modern Millie at NNHS

Throwndown NNHS: Talk the Talk or Walk the Walk? Regarding Racism in Thoroughly Modern Millie

MTI Advises How to Squelch Dissent on Thoroughly Modern Millie

Rebuttal to ’Millie in Newton: Turn Stereotypes into Lessons

More Than 50% of Asian American Teens are Bullied in School

I need one day to clear my head but tomorrow I will post my response on I Love Newton to the Talk Back and article. Thank you so much for caring about this issue.

The storm of controversy that my blog posts caused also put me very behind in this blog so I apologize for those posts I have promised to bloggers that I am late on, for being non-responsive on Twitter and for being very, very behind in my email.

I will try to catch up and post on this experience of fighting racism in my backyard. Thank you for your patience. The Boston Globe: ‘Millie’ Flag Highlights How Old Plays are Rife with Stereotypes by Don Aucoin

The Boston Globe: Musical is Little More Than Staged Racism by Jeffrey Melnick (Letter to Editor in response to Joan Vennochi’s article above).

Company One: In the Intersection, Thoroughly Modern Millie Controversy at Local High School

Inside: Boston high school in trouble over racism in ‘Thoroughly Modern Millie’

Genki Speak: Racism in Our Backyard

The Boston Globe: Oh, by the way, how about a round of applause for the kids? (Letter to the Editor from a grandparent)

The Boston Globe: Choice, execution of musical informed by thoughful education process (Letter to the Editor from the writers who comprise the Theatre Arts Opportunity Committee at Newton North High School.)

The Boston Globe: We miss a vital chance for understanding when we swap out ethnic characters (Letter to the Editor from a great-grandmother, teacher and volunteer)

Someone sent me video of a local comedian’s youtube video of a character I’ve seen him portray once before. To call it infantile and racially insensitive would be a gross understatement. For the targets of his ridicule, it’s every bit as offensive as a mean-spirited performance in blackface. But because it’s against one of the few groups for whom bigotry, hostility, and ridicule is still acceptable (Chinese Americans and others of Asian and/or Pacific Island descent), it’s seen as okay by most and even encouraged by other local comedians. Kevin Marshall’s America

Racism against Asians is often “unawares”—a form of racism that flies under the radar due to its widespread acceptance as the norm. Its interactive dynamic resembles that of an unwritten social contract. Asians in the West are expected to accept patronizing remarks and racist taunts so demeaning that perpetrators would think twice before dishing them out with such unwavering consistency to any other minority group, such as Latinos or African Americans. Asians who object to such treatment are typically met with befuddlement and offense at their audacity to make an issue out of it.

Mia Wenjen blogs at PragmaticMom: Education Matters, I Love Newton and occasionally at her Asian American blog JadeLuckClub. She resides in Newton with her husband and three kids, the oldest of which will attend Newton North High School this fall. She can be found on Pinterest, Twitter, LinkedIn, Facebook, Sulia, Google +, Instagram and YouTube.