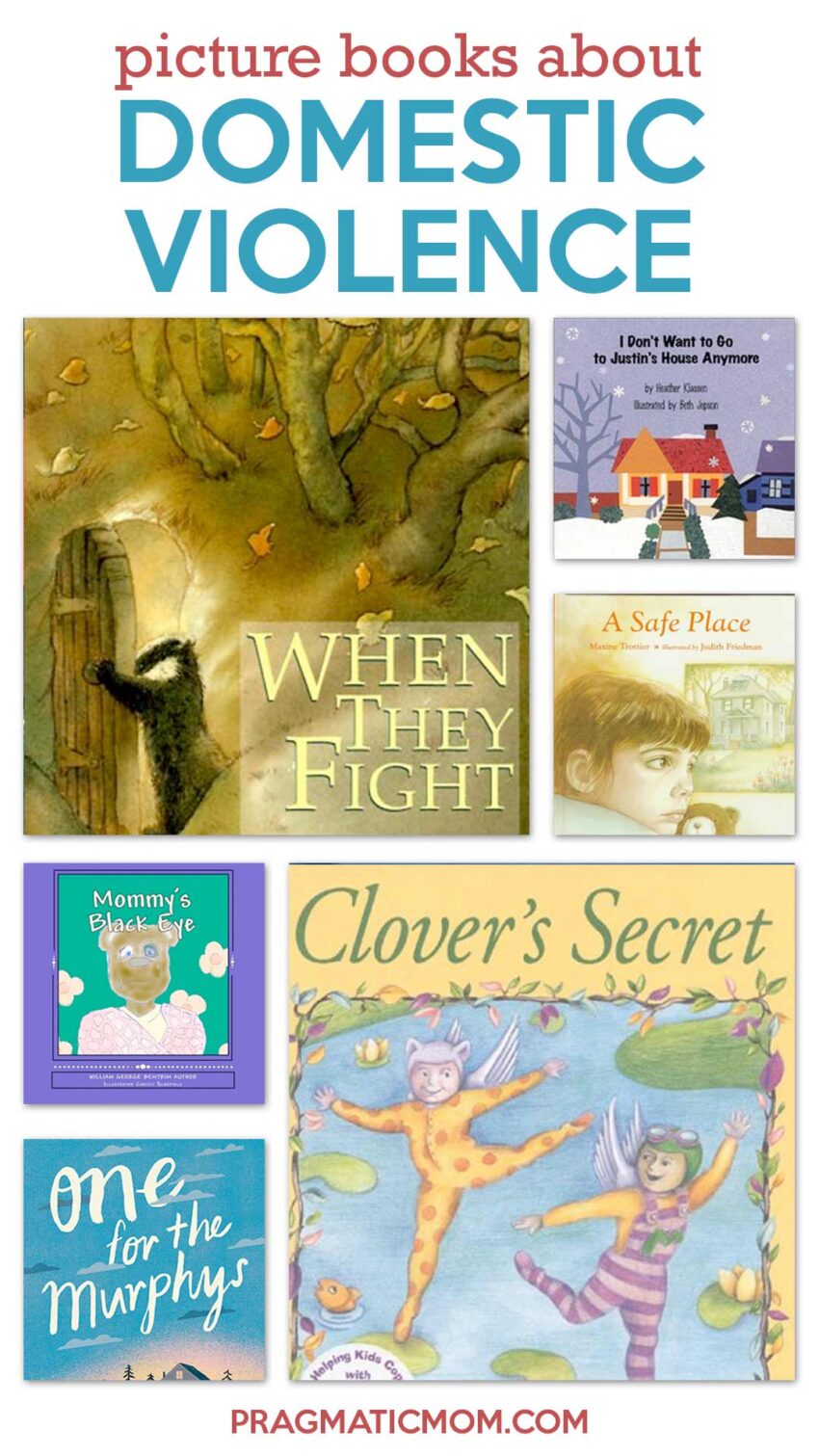 My mom friend Sarah Perry heads up The Second Step, a non-profit in Newton that provides comprehensive support services to survivors of domestic violence. She reminded me that October is Domestic Violence Awareness month.

I don’t think about Domestic Violence much but when I researched books for kids on this topic, the titles alone broke my heart. And when I went looking for them at the library, my entire list was not on the shelves. Strange, huh?

I’m glad that there is a month every year that raises awareness about domestic violence because it’s under my radar in my day-to-day life. Luckily, there are brave souls out there who fight on behalf of victims of domestic violence.

One such standout is actor Patrick Steward. I knew him from my obsession years ago with Star Trek: The Next Generation where he played Captain Jean Luc Picard. Watch this video below in which he answers a question from a brave soul about violence against women and what matters most to Patrick Steward.

It’s a difficult subject to read about domestic violence in children’s literature. It’s important, though, for kids who experience fear from their parents or step-parents fighting to be able to talk about it. I hope this list helps kids who need these kinds of books. Can you please help me add to this list? Thank you!

Picture Books for Kids About Domestic Violence from Different Perspectives

When They Fight by Kathyrn White, illustrated by Cliff Wright

A small badger is frightened when his parents fight. Using poetic language, this picture book can help facilitate a discussion with a child and reassure him or her about relationships within a family. The beautiful watercolor illustrations combine monotone “scary” images against a color inset to show how little badger is feeling inside. [picture book, ages 2 and up]

and beat on the door.

In an imaginary land where people can fly, two girls form a friendship that helps one of them deal with the problems she faces at home. [picture book, ages 4 and up]

Daddy is a Monster … Sometimes by John Steptoe

Daddy has a way of turning into a scary monster when Bweela and her younger brother Javaka are messy, noisy, or annoying. And daddy says, “… Well, I’m probably a monster daddy when I got monster kids.”

This could be a good jumping-off book for kids as the story is warmly affectionate about how kids sometimes feel about their dad when he is threatening to spank them. This is also a multicultural book showing an African American single-parent family. [picture book, ages 4 and up]

I Don’t Want to Go To Justin’s House Anymore by Heather Klassen, illustrated by Beth Jepson

Collin doesn’t want to go to his best friend Justin’s house anymore because since Justin’s dad lost his job, he’s not very nice to Justin. Collin’s mom makes him go anyway. As they are playing, they get hot.

“I’m hot,” says Justin. He stands up and pulls his sweater off over his head. That makes his T-shirt go up too. I see a big black-and-purple bruise on his back.

Heartbreaking, isn’t it? The story ends with Justin being picked up early after witnessing more violence. This time, he is able to explain what is happening to his mom who calls to get Justin’s family help. [picture book, ages 5 and up]

A Safe Place by Maxine Trottier

A mother escapes to a domestic violence shelter with her young daughter, where she builds up her strength and gains the courage to begin a new life. As they leave, the little girl gives hope to a frightened boy just entering the shelter. [picture book, ages 5 and up]

Thank you to This Kid Reviews Books for his interview with William Bentrim where I found this book. [picture book, ages 8 and up]

Mr. Bentrim – I got an email last week from a Girl Scout leader in Tennessee who thanked me for writing Mommy’s Black Eye and for the domestic violence resources on my web site.  Her girls are preparing for October being National Domestic Violence Awareness Month.

Carley becomes a foster child with the Murphy family after suffering from a severe attack by her stepdad that leaves her mother still recuperating in the hospital. Despite reservations on both Carley’s part and the Murphy father, her short stay with her foster family changes everyone. She experiences a loving, stable family life that she’s never known. This is a book that you can’t put down. It will you cry but you will want to reread it immediately. It might even inspire you to become a foster parent one day!  [middle grade, ages 8 and up]

Fourteen-year-old Sid’s life is upside down after her father Jimmy dies in a car accident. She hates her mom’s new boyfriend. Her life is all about horses, just like her dad’s had been. After her mom’s boyfriend hits her, she moves in with her Uncle Wayne. He has the same gift as her father to evaluate, break, and train a horse. Her dream is to become a catch rider, a show rider who can ride anything for any kind of competition. And if they can make money off the new horse Uncle Wayne bought, maybe this is the ticket to getting her mom away from that boyfriend. [young adult, ages 12 and up] These book lists are for those difficult situations that come up when you want to talk to kids about something but don’t know where to start:

Are you looking for something different? I indexed and cross referenced my 300+ book lists: List of Lists: All My Book Lists.

11 Chapter Books About Grief and Loss

Birds and the Bees Talk Books for Kids

Living in an Alcoholic Home Books for Kids

Top 10: Best Books for Kids that Deal with Bullies

Top 10: Coping with Loss of Pets Books for Kids

Books About Cancer for Kids and Teens

Picture Books About Anxiety for Kids Who Worry

Picture Books About Children and War