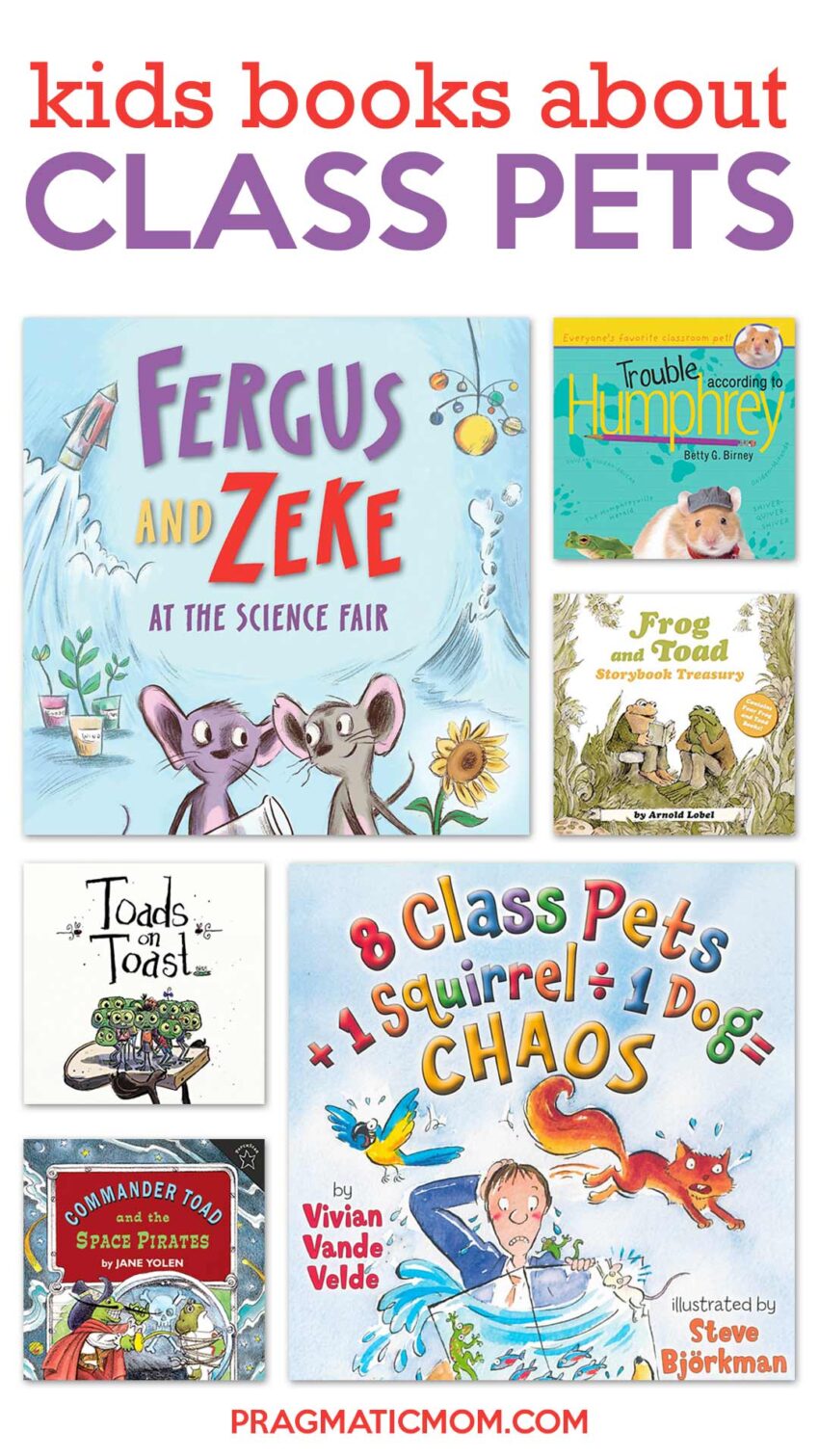 Does your child have a class pet at school? Do you ever wonder about sponsoring a class pet for a teacher? I’ve had the most wonderful  Kindergarten teacher for all three of my kids. When we visited her classroom earlier in the year, I noticed that one of the class pet aquariums was empty so I asked if I could be a sponsor.

What Not to Get for a Class Pet

She said yes to being a class pet sponsor, but asked for a pet without fur (allergies). She already had a baby turtle swimming around so a non-water pet was preferred. Her biggest worry was the temperature.

During the winter, our school’s thermometer is turned down to the ’50s to save electricity on the weekends. Even with a heating pad and lamp, the aquarium gets very, very cold. Too cold for snakes or lizards. Too cold for hermit crabs too.

My kids have had other class pets and offered up their advice (a.k.a. criticism).

What is the Perfect Class Pet?

The pet store suggested lobsters or toads. They actually had small blue lobsters swimming around in a tank! No water, I remembered though. 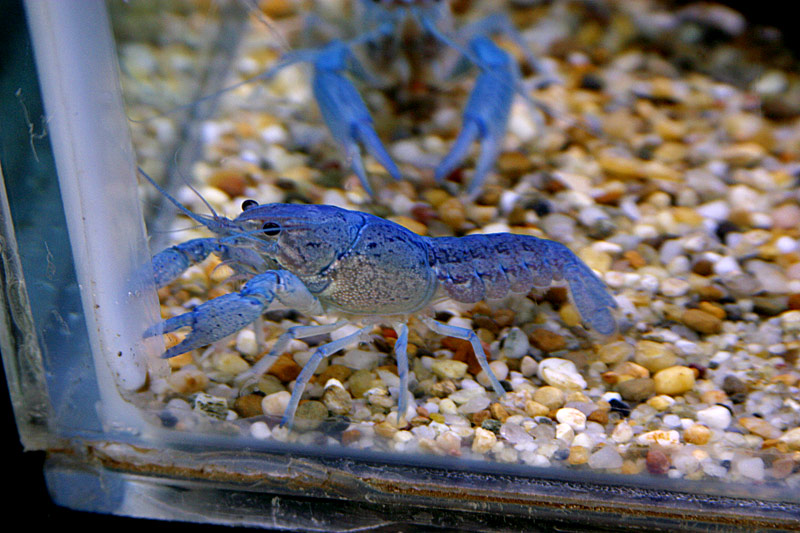 image from Lands of Evelon

My kids love toads. We once had two dozen brown baby toads hopping around our yard after we purchased three toads from a Toad and Lemonade Stand across the street where the neighbor boys had caught a bonanza catch at the stream nearby. 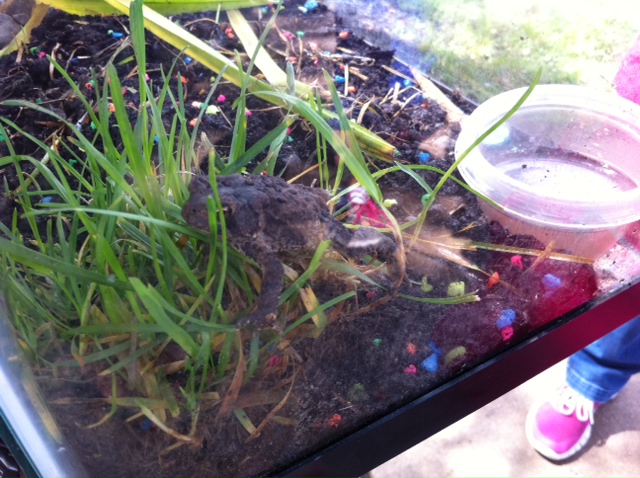 My young friend Lily caught this toad and offered it up as the class pet. Her mother says it will be released when school is out.

The pet store had Red Bellied toads that were perfect! 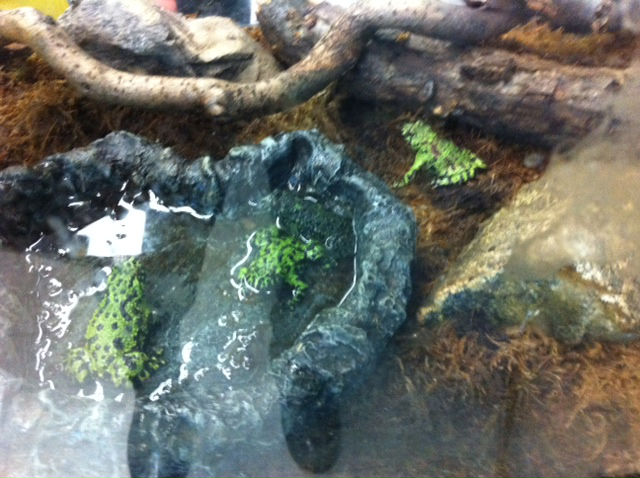 I bought 4 Red Bellied toads for the tank.

My shot does not show their bellies so I found this image on Tumblr. Very pretty, right?! 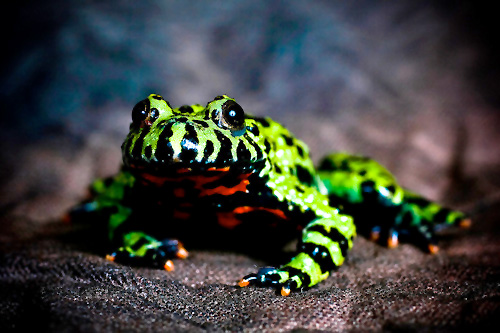 They fit the requirements. The only questionable thing was their food; they need live crickets, about 3 per toad every other day. That’s a lot of crickets to purchase at the pet store. I also had bad luck keeping our “pet” cricket alive for more than 24 hours. I personally do not relish picking up live crickets with my hands (and assumed my teacher felt the same way)  but the pet store showed me this nifty cricket cage that allows for easy removal:

I wondered how lively the toads would be and they turned out to be quite active. Their bright coloring also makes them easy to spot and fun to watch.

Our Kindergarten teacher also hatches chicks every spring. Here’s the latest batch. Eight chicks hatched out of twelve eggs, the best turnout yet! My teacher thinks it’s the new incubator she bought. 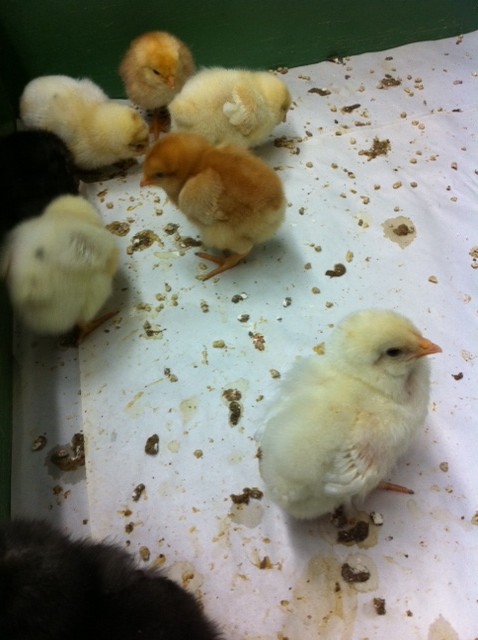 The chicks will be returned to the farm that supplied the eggs once they are older. As for the kids, they can’t stop watching the chicks. It’s not a problem. She has created a curriculum based entirely around chicks.

More Class Pet Ideas from The Museum of Science, Boston

The Museum of Science Butterfly Exhibit in Boston had an additional exhibit outside the Butterfly Garden. I thought they would also make great pets! 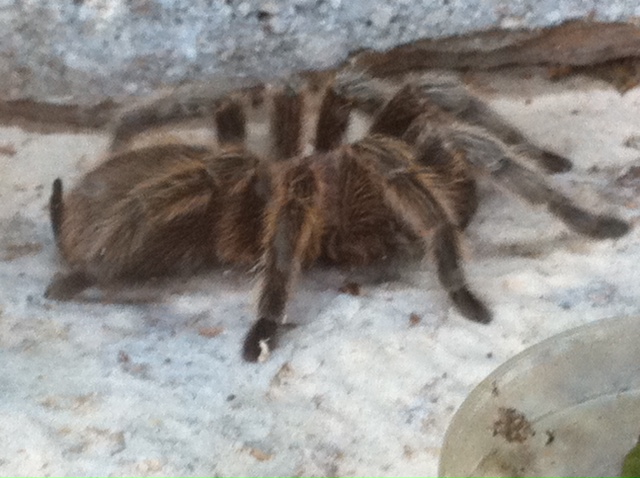 Wondering what Tarantulas eat? They eat insects, especially larger ones like crickets and grasshoppers, June beetles, cicadas, and caterpillars. The cage didn’t have a lot of sight obstructions and the Tarantula was very visible, making it perfect for a class pet. 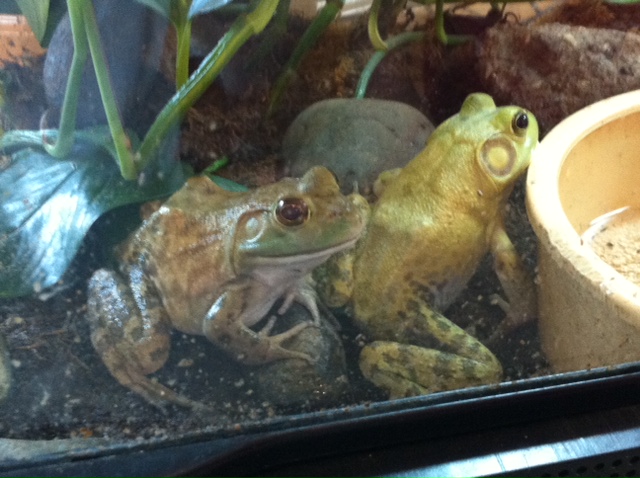 Don’t they look exactly how you’d picture a frog? They are large also, compared to other frog species making them very visible. They also are quite active so they would be fun to watch. 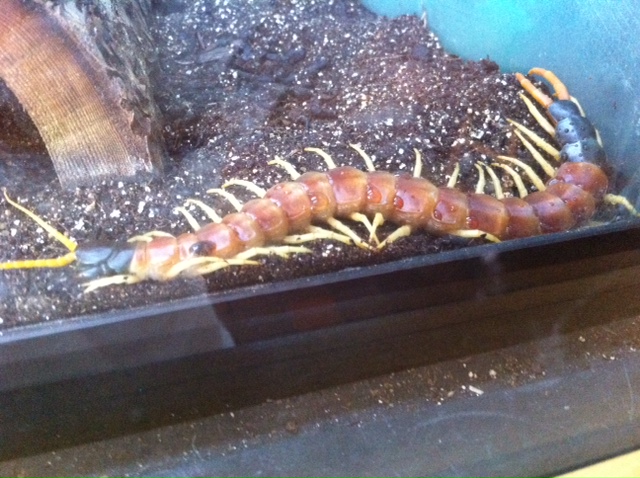 One of my kids’ class pets was a couple of giant millipedes that mostly stayed burrowed or didn’t seem to move around much. This one is quite large — it’s a Giant after all — and the coloring makes it stand out from the soil. It didn’t move much when we observed it but then it wasn’t buried either.

In college, one guy I knew kept Madagascar Hissing Cockroaches as pets and I didn’t mind them at all. Does it creep you out? They are not that noisy and they don’t seem to move quickly like a house cockroach can. I think it would make an interesting class pet, do you?

Fergus and Zeke at the Science Fair by Kate Messner, illustrated by Heather Ross

Trouble According to Humphrey series by Betty G. Birney

Birney’s The Seven Wonders of Sassafras Springs is one of my all-time favorite chapter books so I was delighted to find her hamster series. Humphrey is a Golden Hamster who lives in a classroom along with a frog named Og. He’s very concerned about his human student friends and trouble begins when he’s caught outside of his cage. No one realizes he’s figured out how to unlock his cage and he’s riddled with guilt when one of his favorite students, Miranda, takes the fall. It’s easy to get caught up in the drama of Room 26 kids and I enjoyed the diverse backgrounds of the kids in the class as they take turns taking Humphrey home for the weekend.

All in all, if you wanted just one book recommendation to go along with the Golden Hamster video, I’d chose this one. [chapter book, ages 8 and up]

I love Frog and Toad so much. Frog is cheerful and adventurous. Toad is a more fearful homebody. They are opposites and best friends. [easy readers, ages 4 and up]

Frog or Toad?: How Do You Know? (Which Animal Is Which?) by Melissa Stewart

It is confusing! This picture book helps kids learn what to look for.

Toads on Toast by Linda Bailey

Mamma Toad does everything she can think of to save her unruly brood from Fox’s frying pan, including offering up herself, and eventually persuades Fox to try her own secret recipe for Toad-in-a-Hole, a tasty treat that they all end up enjoying together. The secret? No toads! [picture book, ages 4 and up]

Commander Toad and the Space Pirates by Jane Yolen, illustrated by Bruce Degen

A space adventure with an intrepid toad as a fearless leader. [picture book, ages 4 and up]

Thank you to Erica of What Do We Do All Day? for her great book recommendation. She says, “I have the perfect chapter book for you, too: 8 Class Pets + 1 Squirrel Divided by 1 Dog = Chaos. It is so hilarious!!”

Twitch, the schoolyard squirrel, has really gotten himself into a bind this time. While trying to escape from a hungry owl, he roused the principal’s dog and got chased into the school. Now he’s locked in for a dangerous and disastrous night. Can Green Eggs and Hamster, Sweetie the library rat, and the other school pets save Twitch from the crazed dog, Cuddles? In this uproarious chapter book, a group of small animals manages to turn an elementary school into a real zoo.

p.s. I have a great app for a Virtual Frog Dissection here.

Picture Book On Rescue Dog after Loss of Pet