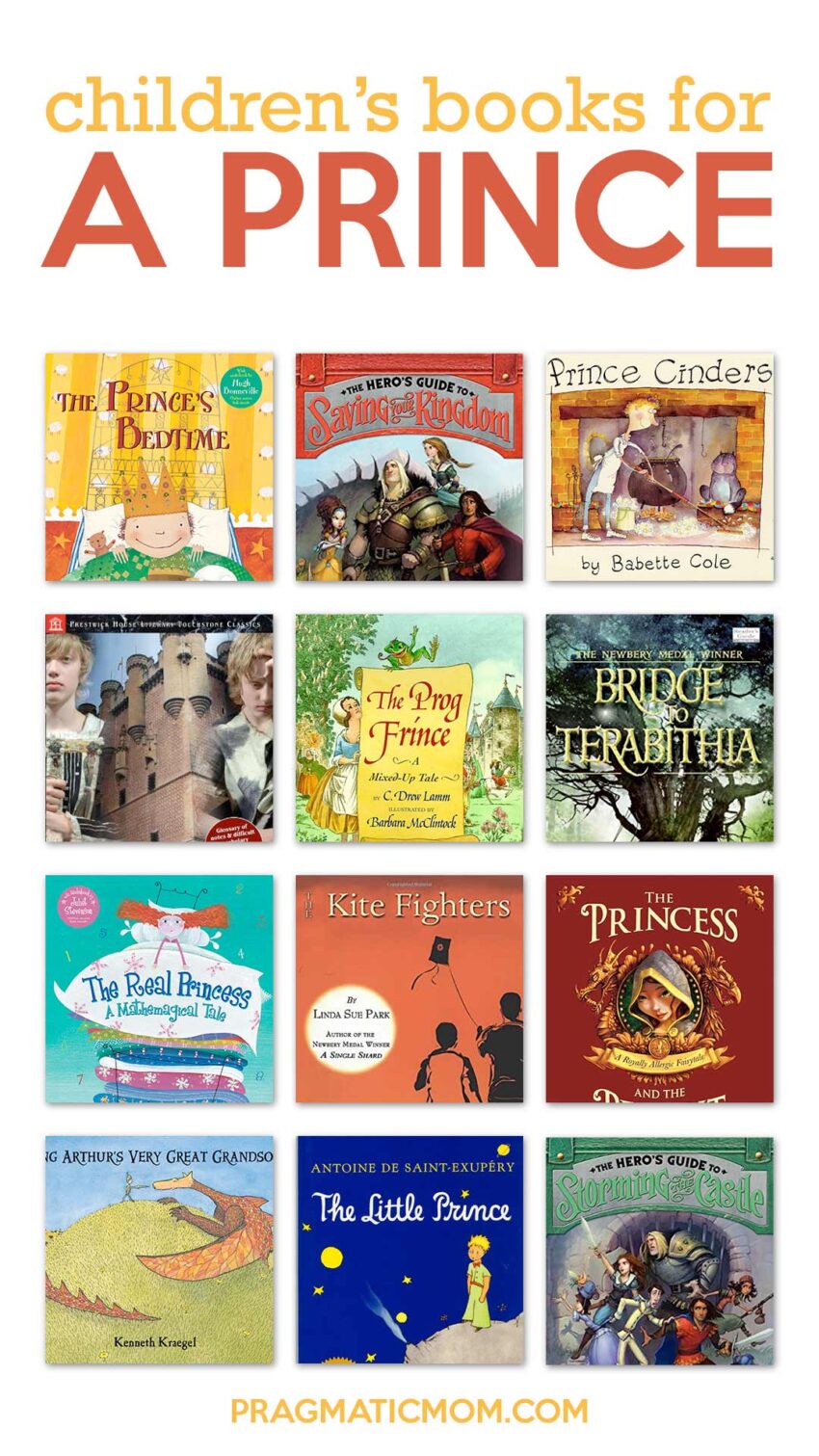 I had the pleasure of meeting Leah Lesser from Barefoot Books today. We had fun talking about children’s books and, somehow, ended up chatting about the birth of the new baby prince.

We thought it would be fun to conjure up a book list for young princes, every where, both of royal birth or just beloved. Here are 10 books for a prince that we think belong on every young prince’s bookshelf. 10. The Prince’s Bedtime by Joanne Oppenheim

Meet a young prince who refuses to go to sleep! The entire kingdom comes out to lend a hand in this rhyming bedtime adventure. There is a hullabaloo of activity—jugglers juggling, magicians hypnotizing, dancers dancing—but it is the wonder of a good story that finally does the trick. Book with CD editions includes the story read by actor Jim Broadbent. [picture book, ages 4 and up]

Set in 15th century Korea, Korea’s Golden Age, two brothers — one skilled in kite making and the other skilled in kite flying — combine their skills to compete in a kite-flying contest on behalf of Korea’s young king. A coming of age story for the brothers but it also shows what restrictions a boy king has should this latest prince take to the throne at a tender young age. [middle grade, ages 8 and up]

8. The Princess and the Peanut: A Royally Allergic Tale by Sue Ganz-Schmitt

A prince needs to be able to tell a true princess from one who is not. When the palace was fresh out of peas, his mother, the queen, uses a peanut instead. It turns out that real princesses can have peanut allergies so it would behoove all princes to know how to make a castle nut-free! [picture book, ages 4 and up]

A classic poetic tale illustrated in watercolors about a pilot stranded in the desert who meets a young prince who fell to Earth from an asteroid. [middle grade, ages 12 and up]

5. The Real Princess: A Mathemagical Tale by Brenda Williams

Practice your math skills while enjoying this quirky take on “The Princess and the Pea.” The King and Queen and their three sons are on the search for a real princess, but it is only the Queen who knows the secret. After the story, there is an opportunity for readers to test their counting skills with fun number games. Book with CD edition includes the story read by actress Juliet Stevenson. [picture book, ages 5 and up]

4. The Bridge to Terabithia by Katherine Peterson

This captivating story for young adults is about the adventures of two tweens, a boy and a girl, who set out to create an elaborate kingdom called Terabithia. They rule the land as the King and Queen until a tragedy happens. One of the characters is PT, or Prince of Terabithia, the girl’s puppy. [middle grade, ages 9 and up]

3. The Hero’s Guide to Storming the Castle by Christopher Healy

The four princes, Prince Liam, Prince Frederic, Prince Duncan, and Prince Gustav, are back and they must save a powerful object from falling into the hands of evil in this hilarious retold fairy tale sequel to The Hero’s Guide to Saving Your Kingdom. [middle grade, ages 8 and up]

2. The Prog Frince: A Mixed Up Tale by C. Drew Lamm, illustrated by Barbara McClintock

Oh, I love a retold fairy tale! When a stable girl tries to buy muffins, a talking frog jumps out of her pocket, taking her money. He wants to tell her a story but Jane doesn’t much like stories. To get her dime back, she listens to the frog tell the story of the Frog Prince in which a young prince falls in love with a stable girl but turns into a frog when his father gives him an anti-love potion. Do you think this frog is a prince too? He just might be! [picture book, ages 5 and up]

1. The Prince and the Pauper by Mark Twain


A prince must know what it’s like to be a commoner and what better way to explore this than Twain’s classic tale? This chapter book follows the thrilling adventures of Tom Canty, a poor beggar boy, and Edward, Prince of Wales, after they exchange identities. [middle grade, ages 8 and up]

Story Snug has a great review on Prince Cinders by Babette Cole.

Picture Book for Your Prince (or Princess) Giveaway

I am giving away 3 copies of The Prince’s Bedtime to three lucky winners! Please fill out the Rafflecopter below to win. This list was compiled by Mia Wenjen and Leah Lesser. Leah is the Communications Director at Barefoot Books. When she’s not doing publicity and social media for Barefoot, she is raising her two daughters with her husband in a suburb of Boston, reading, running, baking, or doing a variety of other things that usually involve creativity and community. Storytime is one of her most favorite parts of parenting.

To view any book more closely at Amazon or Barefoot Books, please click on image of book.