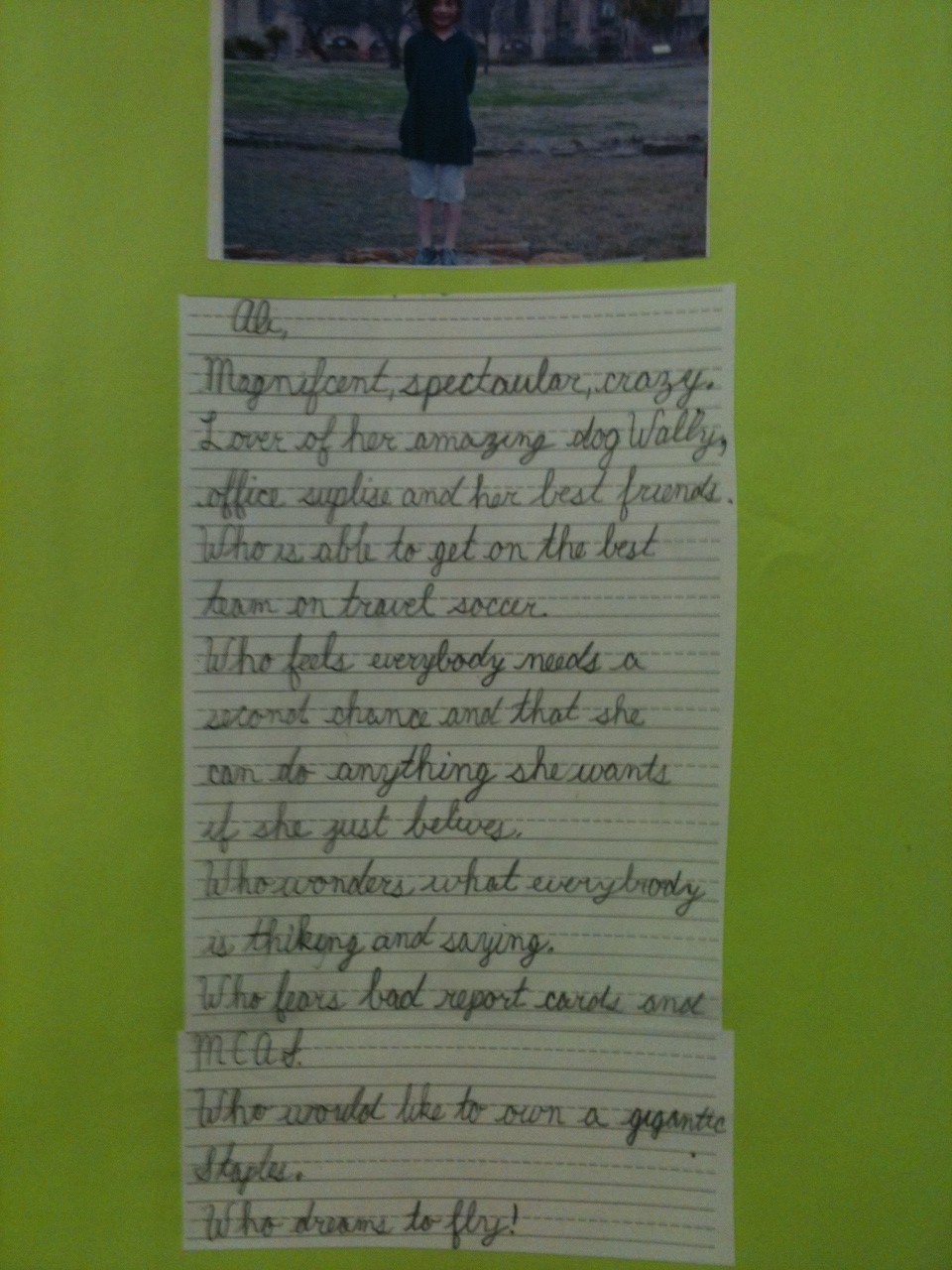 PickyKidPix‘s 3rd grade dream came true recently. Her third grade poetry unit produced this poem which articulated her dreams that were unbeknownst to us, her parents. It’s funny how all her dreams are contained in this poem about herself.

In the past two years, PickyKidPix went from the first travel soccer team, to the third team, and back up to the second team. There was some drama when she missed the cut for a new club team in our town. As parent, it’s so painful to watch your child’s heart break.

I’m proud of her though. For her resilience. For her determination. And for never giving up. She made another Club Soccer team and has been practicing hard all year trying to get better. She wants to make the top team! Will she? It almost doesn’t matter. Life lessons being learned here.

Lover of her amazing dog Wally,

office supplies and her best friends.

Who is able to get on the best

Who feels that everyone needs a

second chance and that she

can do anything she wants

if she just believes.

Who wonders what everybody

is thinking and saying.

Who fears bad report cards and

Who dreams to fly! Dreams do come true! Two years later, she and her best friends learned to “fly.” As for her other dreams, I’ll keep you posted. They include: