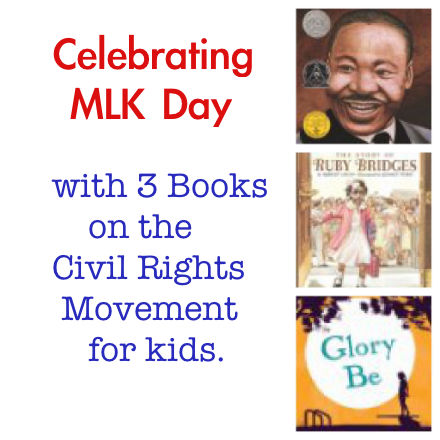 It wasn’t just African-Americans who benefited from the work of Martin Luther King, Junior, but all people of color. If it had not been for Dr. King, I would have never had gotten into Harvard as an undergraduate. Ivy League colleges only let in Asian Americans during the 1970s after the issue went to the Supreme Court.

My mother, who was forced to relocate during WWII, knew first hand the prejudice that all people of color faced in America. Now, two generations later, I’m not sure if my kids — Chinese, Japanese, and Korean — will ever feel the sting of Anti-Asian-American prejudice. I hope not though they will no doubt face it when they apply to college.

Thomas Espenshade and Alexandria Radford find in their study of selective colleges that Asian-Americans must score 140 points higher on average than whites on the math and verbal portions of the SAT in order to have the same chances of admission.

What the anti-Asian quotas [in college admissions] amount to is affirmative action for white people and that, with its strong stench of white supremacy and entrenched privilege, is noxious. from The Washington Monthly

I live near Boston and when I first came here 25 years ago, there was racial tension so thick that it was palpable. African-American classmates were harassed routinely by Harvard Security. Riding the subway required a blind eye and a deaf ear.

I remember how surprised I was, coming from Southern California when a kid shouted insults to me and my friend when we were examining the architecture of Copley Plaza for a class paper. He was from Queens so he was unfazed. I was shocked and then furious. My delayed reaction would have been to yell back, had I had the presence of mind to come up with something to say. Even today, I still remember that incident vividly. A point of reference for how much Boston has changed.

And that MKL, in facing hatred dead in the eye, could respond without violence is a lesson that is both amazing and still relevant. Would I have been able to withstand prejudice without violence? Oh, I doubt it. It would be a lesson in Zen that I have yet to master.

Thank you to Martin Luther King, Junior, and his family who sacrificed so that the future would be a better place for us all.

Anti-Asian prejudice in our society has no doubt declined, but like other sorts of prejudice in our country, it has a long and ugly history. The Chinese Exclusion Act banned immigration on the basis of race, and various miscegenation laws prevented Asians from marrying whites. And while clearly, we’re past the worst of it, hostility to nonwhites and to immigrants is very alive in this country — witness the modern conservative movement. from The Washington Monthly

MLK Day and His Legacy told through Children’s Books

Ruby Bridges is coming to visit my elementary school. As the first African-American child to integrate into a New Orleans school, Ruby Bridges is living history. Dr. Robert Coles, her psychologist, tells her powerful story of her inner strength that enabled her to endure the racism and persecution that she and her parents faced daily. This picture book is appropriate for 2nd grade and up.

My other connection to this book is that my college boyfriend’s roommate was the author Robert Coles’ son, Bob Coles. Small world indeed! Hate Can Not Drive Out Hate. Only Love Can Do That.

A beautifully illustrated picture book does justice to Dr. King’s biography, showing us the influences in his life as a young boy that shaped him into the great man he became. [picture book, ages 5 and up]

Debut author Augusta Scattergood is a retired children’s librarian from the South and spent ten years writing this middle grade chapter book depicting life during the Civil Rights period from the eyes of a white girl who just wants to celebrate her birthday, on the 4th of July, at her local pool. Little does she realize that it’s been shut down to avoid desegregation. Freedom Fighters arrive in town and her older sister gets entangled. The battle for desegregation is ultimately to take place at the public library. What I love about this book is that it inspires the reader to realize that every person makes a difference in the battle for right versus wrong.

I read Augusta Scattergood’s blog and am in contact with her through social media which is what I love about blogging; the ability to meet so many wonderful people. She told me that she would do Skype author visits to schools at no charge if 1) the kids read her book and 2) if the school buys 2-3 copies for their school library. Not a high price of admission at all! What I’ve enjoyed in her blog is the fan mail from the kids she meets in doing author visits. I’d love to get her at my school! We do a 4th grade Civil Rights unit that would be perfect for this!

Martin Rising: Requiem for a King by Andrea Davis Pinkney and Brian Pinkney

Martin Luther King Jr.’s life, particularly his final year, is told in moving free-verse poems in this tribute to his legacy. Whimsical illustrations help convey the emotions of each poem. [poetry book, ages 9 and up]

What do your kids learn or do for Martin Luther King Jr Day at school? Do they know who he is and why they get the day off? My son, when he was three years old and in preschool, thought MLK Day was because we used to have a king but then he died. We about died laughing.

5th Grade Slavery Unit. I cover a little of the history of the Underground Railroad where I live, what life was like during this time, and a book list including picture books and chapter books.