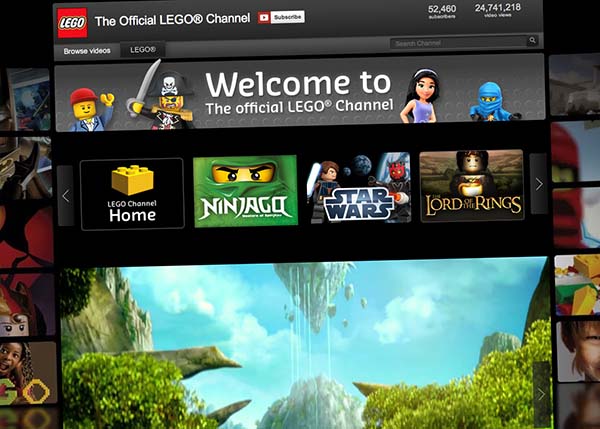 I just found out that Lego has a new YouTube channel and the first thing I saw was NINJAGO! My son had a Lego Ninjago obsession last year. My husband and I welcomed it though it took me a while to figure out what exactly Ninjago was. Ninjago, as it turns out, is many things:

I quickly became an expert in all things Ninjago. We bought the lego kits after he received the first lego Ninjago game for his birthday. I was thrilled that he would play with legos instead of screens. Pretty soon, I was finding and saving little tiny plastic swords that popped up in various odd places. The floor of my car. The kitchen table. In my bed.

Then he wanted the Ninjago chapter books. There are 4. We bought them all. I have to credit those easy chapter books with motivating him to read independently. These early chapter books were his Drop Everything and Read books.

At the library, we found Ninjago graphic novels and they were a nice change after reading the chapter books two or three times each!

I just showed my son the Lego YouTube channel. Unfortunately, my timing was off. It was right before bedtime and he was so enchanted that it delayed his bedtime. There are other shows on the Lego channel too: Star Wars, Lord of the Rings, City, Hero Factory, DC Universe Super Heroes, Monster Fighters, Chima, and The Hobbit.

When I think of Legos, our heart will always belong to Ninjago. This blooper video greatly amused him.

I am also impressed with the story of the entrepreneurs behind Legos. I found this animated movie and my kids and I watched it. Can you teach Entrepreneurship 101 through children’s toys and animated videos? Absolutely! The lesson from the Lego story is one of creativity, perseverance, and quality! It’s a great lesson for kids!

There is a lot of content on web; creating a playlist on the Official LEGO® Channel is a great way to ensure your kids are entertained and watching videos you can feel good about.

Visit the Official LEGO® Channel to build your own playlist to watch with your kids and then reply below for a chance to win one (1) $1,000 gift card to buy your family’s favorite LEGO® products!

This is a sponsored conversation written by me on behalf of LEGO. The opinions and text are all mine. Official Sweepstakes Rules.