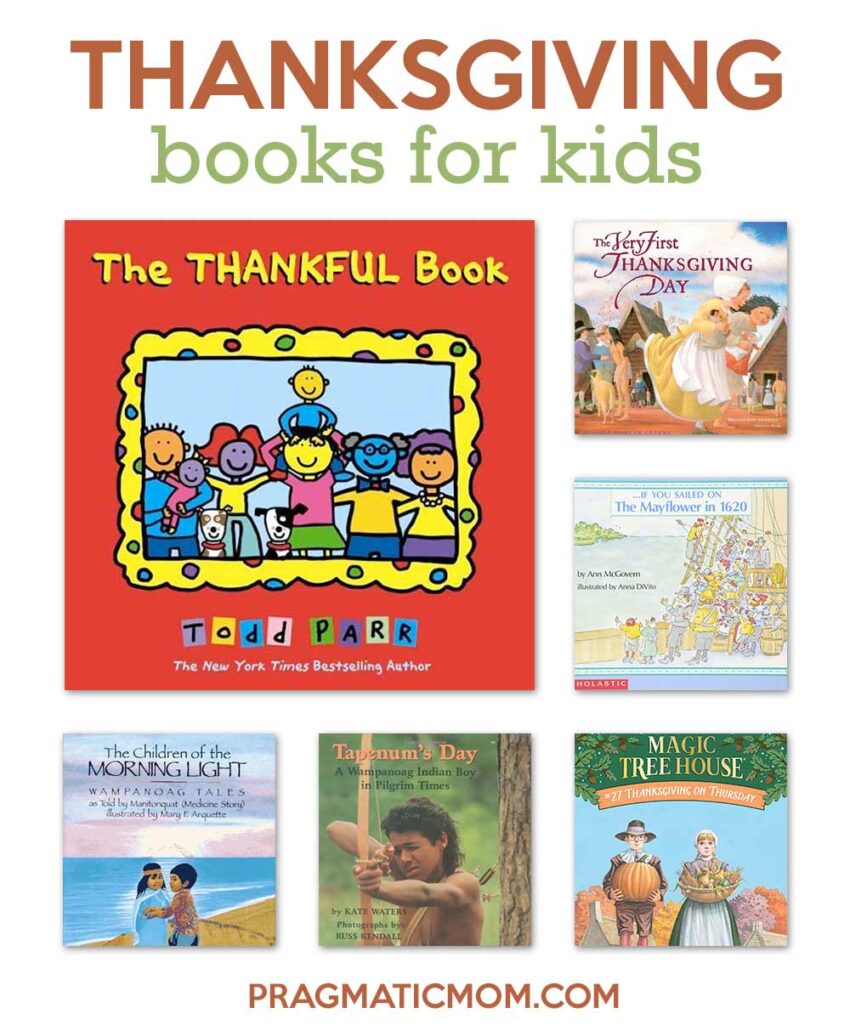 I am thankful to be part of the 21 Days of Gratitude Challenge. It’s a great time to reflect and be thankful for the little things in life. This holiday season, we are thankful for books. They entertain us, teach us and take us new places. We are also thankful for our good health, electricity during Hurricane Sandy, our cozy bed and bedtime stories. (And that soccer season is over! That’s a selfish one for me and my husband!). I also have an #OwnVoices Indigenous People’s Day book list to accompany this one. 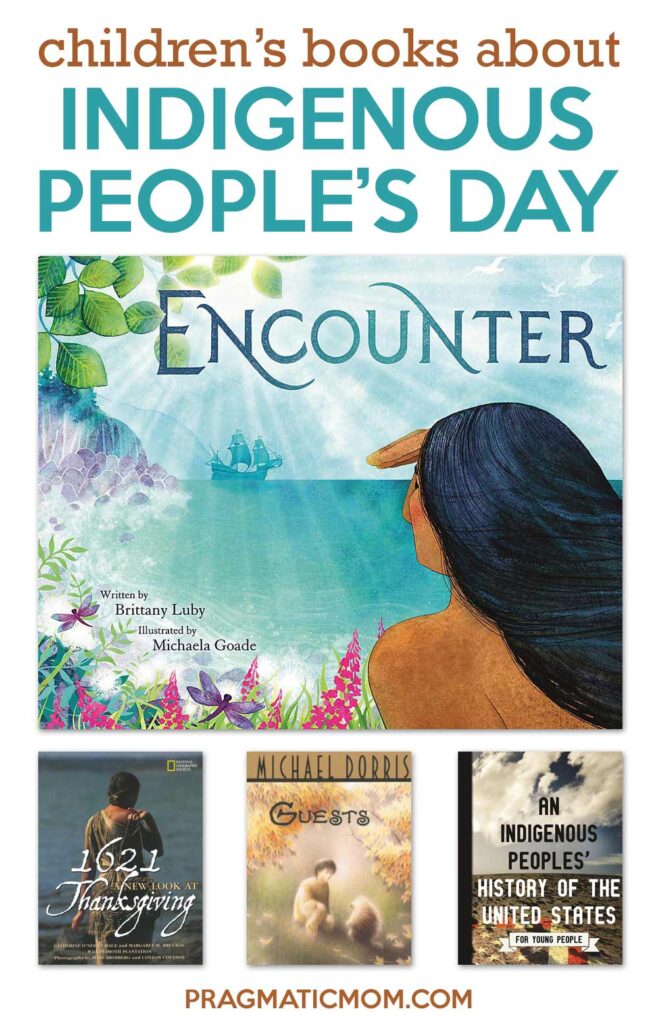 Thanksgiving Books for Kids and Being Thankful

Todd Parr has a natural talent for taking a subject that might be difficult to articulate to a child and making it a comfortable and colorful conversation. I remember when my oldest started Kindergarten and her classmate had two moms which prompted a multitude of questions. One of the moms, of the two mom family, suggested Todd Parr’s book It’s OK to Be Different. We bought a copy and found that it also spoke to us.

Being thankful — gratitude for what we have — is a life lesson that I have to keep reminding myself about and Thanksgiving is a lovely holiday for taking time to be appreciative. We should do it more often, but we start our Thanksgiving dinner by going around the table stating a few things we are thankful for.

I should write them down, because, over the years, the kids come up with very funny examples. In fact, The Thankful Book sounds like Todd Parr is channeling an inner child or secreting recording kids at the dinner table giving thanks.

The Thankful Book by Todd Parr

We each chose a page from The Thankful Book that we are thankful for. I am thankful to Todd Parr for this picture book and all his books which help kids feel good about themselves.

I am thankful for the fall because I like to jump in the leaves. (my son)

I am thankful for the library because it is filled with endless adventures. (me)

I am thankful for colors because they make me want to paint. (Grasshopper and Sensei)

I am thankful for walks because they are special times for just you and me. (Wally, our dog)

I am thankful for my friends because they make me smile. (PickyKidPix)

I am thankful for the holidays because they bring my family together. (My husband)

Books for Kids on The First Thanksgiving

This is the food, gathered and blessed,

the corn and sweet berries, and wild turkey dressed,

Join author Rhonda Gowler Greene and illustrator Susan Gaber on a journey back to the very first Thanksgiving Day, when two societies came together to feast and honor the earth’s bounty in peace.

Our very first Thanksgiving in the United States was about gratitude for a good harvest made possible by the generosity of new friends, the kind Wampanoag Native Americans that taught the early settlers how to survive in a harsh and unfamiliar climate.

My favorite part of this book is the end when the little girls, one Native American and the other a Pilgrim, swap dolls.

What else do you think people at the first Thanksgiving were thankful for? Is that true of you and your family?

Boys and girls will find out why the Pilgrims left England to live in America, what they took with them on board the Mayflower and the hardships they endured. They’ll learn what the Mayflower Compact was, how the Pilgrims made a peace treaty with the Indians, and how these brave settlers managed to survive in their new land.

Ms. McGovern has carefully researched the Pilgrims’ journey and their first year in America. Her portrayal is full of fascinating detail about their everyday life. Young readers will be intrigued to discover that Pilgrim boys and girls slept on corn husk mattresses they made themselves and that most of the houses had only one chair — which was reserved for the man of the house!

The sailors made fun of the Pilgrims who got seasick. They called them “glib-gabbety puke stockings.” One sailor said he wanted to throw half the Pilgrims into the sea.

The sailors hated the Pilgrims’ prayers and holy songs. The Pilgrims didn’t like the sailors’ bad language.

But at the end of the voyage, the sailors had to admit that the Pilgrims had plenty of courage.

And the Pilgrims were thankful that the sailors got them safely to the New World.

For those kids who want realistic details on what it was like to sail on the Mayflower, Ann McGovern paints a vivid portrait of life on board and the challenges and personality conflicts that existed.

It makes Thanksgiving even more meaningful to realize how difficult the journey they had and the constant animosity they faced both from their own country and in the New World.

The Pilgrims had much to be thankful for on their first harvest. Did you realize the sailors and pilgrims would not get along? Who do you think was kinder to the Pilgrims: the sailors or the Wampanoags?

Is it easy being “different?” It made the Pilgrims want to leave their home and change their lives in a long and dangerous voyage.

If you had a Pilgrim at your Thanksgiving dinner table today, what do you think he or she would be thankful for in our time?

It’s a time for giving thanks  . . . when the Magic Tree House whisks Jack and Annie back to 1621 on the first Thanksgiving Day. The Pilgrims ask them to help get things ready. But whether it’s cooking or clamming, Jack and Annie don’t know how to do anything the Pilgrim way. Will they ruin the holiday forever? Or will the feast go on?

The Magic Tree House makes history come alive and this time Jack and Annie are in the New World in time for the first Thanksgiving. Do you think this experience will make them grateful for their own Thanksgiving? Why?

Chosen to become a special warrior prince in 1627, Tapenum prepares himself for the great honor by hunting, fishing, and sharing a day with friends and family, in a story that is complemented by photographs of Plymouth Plantation. [ages 4 and up]

The Children of the Morning Light: Wampanoag Tales as Told By Manitonquat by Mary F. Arquette

Eleven stories based on the oral traditions of the Wampanoag tribe of southern Massachusetts recount the origins of the world, the ancient history of the Wampanoag, and the ways in which the spirit Maushop aided the early humans.

Spiritual beliefs guide our behavior and these Native American stories help to explain why the Wampanoags were willing to help the Pilgrims. What beliefs guide the way you treat people?

Delivering Thanksgiving Dinner to the Elderly: Our Hasbro Kindness Project

Happy Thanksgiving with Recipes and Crafts for Kids

Happy Thanksgiving with a Picture Book and Craft

Cooking For Kids: Books To Promote A Love Of Food 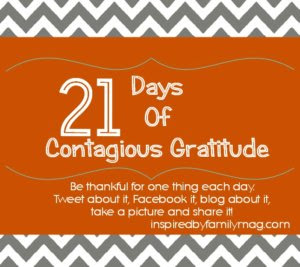 1 Becky Spence    http://thisreadingmama.com/ Shares her awesome ABC of Thanksgiving with free printables for the little ones.

and Zina Harrington from Let’s Lasso the Moon: Starting a Gratitude Journal

16 thoughts on “Teaching Gratitude to Kids with Thanksgiving Books”