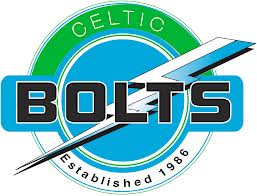 September was a blur of soccer, back-to-school events and more soccer. For the first time, my two girls decided to double their soccer by adding a club team to their town travel team. My son also decided that he was done with karate and replaced those slots with more soccer.

It was a shock to our system as parents to go from 7 soccer events a week to 15 and we did not handle it particularly well. As club soccer newbie parents, it was and is a whole different world and so I offer you my advice, albeit from my shell-shocked perspective.

Now half-way through the season, the best advice I received from veteran Club Soccer parents is this:

“You have no life except driving your kids around, but it’s a short season.”

Is it worth it? For the first time, my oldest , Grasshopper and Sensei, has a professional soccer coach and she’s learning so much with a group of nice girls who love the sport as much as she does.

And my middle child, PickyKidPix,  who was shy and nervous at her first club practice, has bonded with her team. Last week, instead of waiting in the car for her practice to begin, she insisted on jumping out of the car into the rain and the dark night, 10 minutes early.

“I see my people,” she announced.

And off she ran into the rain and the dark night, her soccer backpack huge on her small frame. Her “people” were there … a few girls, also early, in their same blue practice uniform. The coach had not yet arrived. As she ran to them, they jumped up and down in excitement to see each other, hugging and exuberant. Then, with no adult assistance, they happily organized themselves into a soccer drill.

That’s why I’ve logged in so many driving miles that I show no savings through my Progressive Snapshot (ok, and perhaps other reasons too!). And we’ve resorted to soupy, stewy meals that we make ahead and freeze. These days, we only get one family meal a week if we’re lucky, since our kids are coming home late — 8:30 and even as late as 9:30 at night.

But my daughter found her “people.” Who can argue with that?

If I knew then, what I know now, this is what I’d do to be prepared:

Games are further away than town travel. I used to think a game one hour away was an outrage but that was before I found out that one of the club soccer games was in Portland, Maine — more than two and a half hours away ONE WAY! And, naturally, there were no toilet facilities. Not a one Not even a Port-A-Potty. (That’s why I now keep toilet paper in  my car.)

Not all the games are this far, of course, but our “home field” is 40 miles away. Therefore, my advice is to stock your car and stock it well! I am living out of mine!

Umbrella – For the parents because the game is on unless there’s thunder and lightening.

Rain gear for parents – I think we get colder than the players watching from the sidelines.

Towel – To dry off your wet player for the ride home.

Blanket – As the season goes on, the temperature drops.

Toilet paper – Not all the fields have a Port-A-Potty, let alone a flush toilet.

Sunscreen – A game with warm up can take 3 hours and sometimes the games are back-to-back which means 6 hours on the field.

Insect repellent – At one practice, a swarm of mosquitoes came out of the ground that resembled plague conditions.

Food – One of my kids will throw a nutty after a game if it’s past her mealtime and there isn’t a snack to feed her.

Extra water – You really don’t want to drive around an unfamiliar and remote town in search of water if your kid runs out.

Extra layer for parents – It may be warm when you first arrive but the temperature can drop 20 degrees by the time you leave.

Money –  For food on premises or ice cream truck.

Chair – A chair with a canopy will often provide the only shade on the field and serve as built in umbrella as well.

In The Sports Bag

Ice pack – Those chemical ice packs that turn cold when you shake them are genius!

Home and away uniforms – Bring everything in case the other team shows up in the same color.

Waterproof Jacket – Kids don’t seem to think they ever need or want this but believe it, they will when it rains torrentially and the game is still on.

I am directionally challenged so I might have more advice that you’ll actually need!

Is There a Doctor on the Field?

My oldest daughter, 12-years-old, has had issues with weak ankles and loose knees that turns out to be fairly common, especially for girls who are going through growth spurts. We found these over-the-counter remedies helped a lot but when in doubt, get a doctor’s opinion, of course.

Ankle support – This soft lace up ankle support gives support while allowing your soccer player full mobility. If your player is prone to sprains, this really helps! It was recommended to us by the BC Soccer Coach who herself had suffered from weak ankles.

Stretchy band – To tighten the ankle back up, do strengthening exercises using a stretchy band. Your player can do this while studying or reading a book. Hook the stretchy band around a chair leg or bed post. Then form the letter of the alphabet with weak foot. Make the letter A with your foot, then B, then C … do this every day for 15 or 20 minutes.

Knee support – My Nurse Mom Friend suggested a neoprene knee support and it’s really helped. It’s like a Neoprene sleeve and there are no hard parts so it’s perfect for soccer.

My daughter’s friend uses this smaller one. She borrowed it the time she left her knee support at home and it works great too!