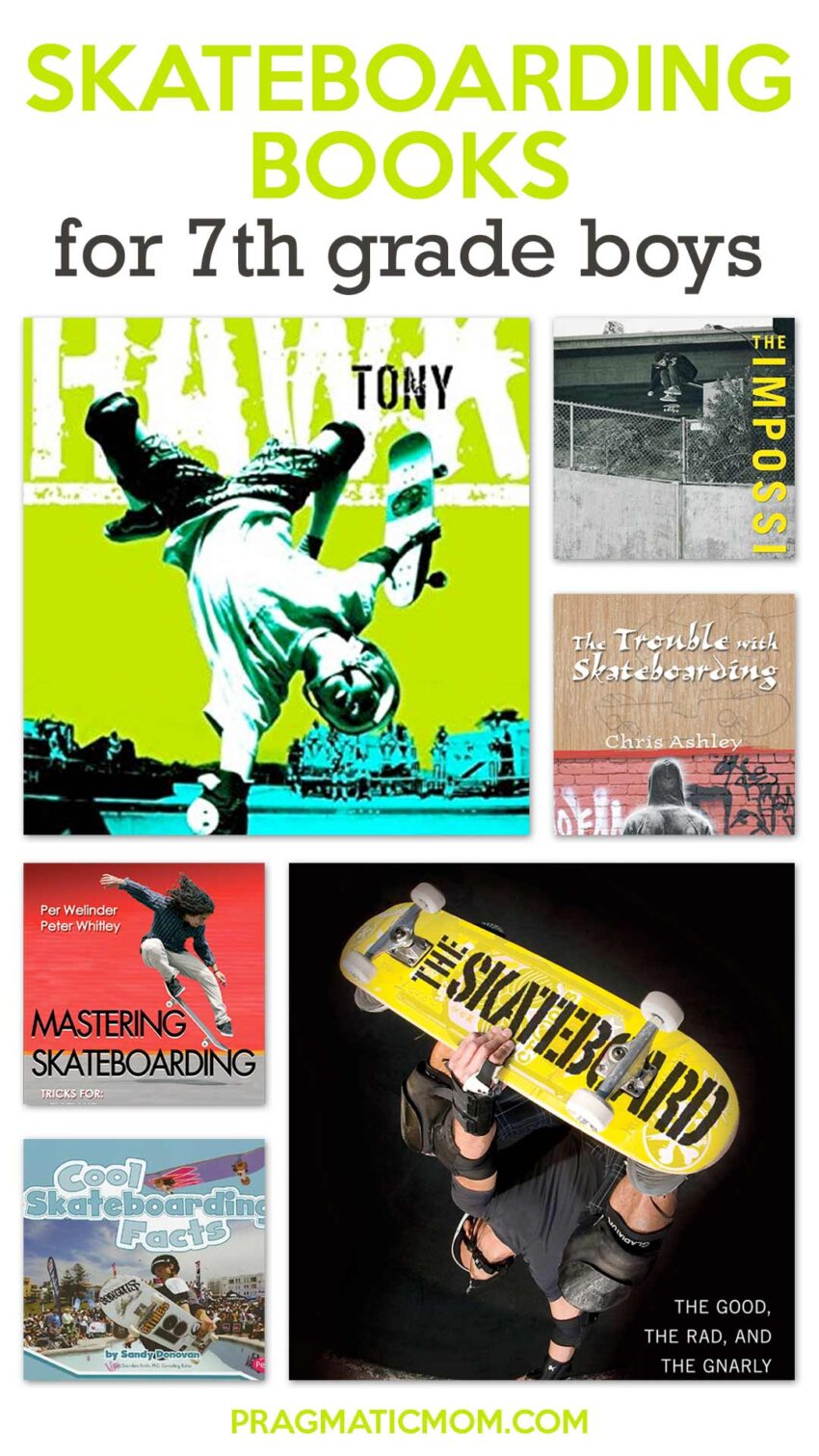 I finally got to see my mom friend Lori in Hawaii. Our husbands played golf together for the University of Hawaii and we worked together for about a year when I convinced her to relocate to Boston nearly 10 years ago. Unfortunately, it was a harsh winter that year and she moved back to Hawaii before the year was up. I can’t say I blame her after spending two weeks in Hawaii. The culture change takes some getting used to; New Englanders are the polar opposite of Aloha-spirited Hawaiians!

Her son is nearly the same age as my oldest, Grasshopper and Sensei, and we credit him with teaching her to walk. Oh, how quickly kids grow up. The last time we saw Charlie he was “Charles” and a toddler. Now he’s taller than I am with an easy and gregarious personality. But he hates to read. He freely admits it and it makes his mom shake her head.

Like most reluctant boy readers, the last series of books he actually enjoyed was The Dairy of a Wimpy Kid. He read them all but did not make the transition to other books. So let’s start there …

Diary of a Wimpy Kid Clones

This is the closest to Dairy of a Wimpy Kid for a 7th grader.

It’s Rafe Khatchadorian’s first day at Hills Village Middle School, and it’s shaping up to be the worst year ever. He has enough problems at home without throwing his first year of middle school into the mix, but luckily he’s got an ace plan for the best year ever–if only he can pull it off. With his best friend Leonardo the Silent awarding him points, Rafe tries to break every rule in his school’s oppressive Code of Conduct. Chewing gum in class–5,000 points! Running in the hallway–10,000 points! Pulling the fire alarm–50,000 points!

But not everyone thinks Rafe’s plan is a good idea, especially not the teachers, parents, and bullies who keep getting in his way. Will Rafe decide that winning is the only thing that matters? Are things about to go from magic to tragic?

Though this book looks like it would be fairly fluffy, it actually houses a serious story amid all the cartoon graphics about a boy coping with a less than optimal stepfather and as well as the loss of a twin brother. I really liked it and I guess I shouldn’t be too surprised since we are HUGE James Patterson fans. A serious story version of Diary of a Wimpy Kid.[chapter book, ages 10-15]

A few more books from Spawn of Diary of Wimpy Kid book list:

When Danny gets caught trying to cross his name off the “Geek” list in the girls’ bathroom, he’s sent to detention. Bullies torment him mercilessly — until they discover that Danny can draw. He enjoys his new “bad boy” status, supplying tattoos and graffiti until he’s unknowingly drawn into a theft. Turns out the bullies took a comic book from Danny’s favorite store. Can he steal it back before they get caught — and break off with the bullies before he gets in too deep?

Stan and the Toilet Monster by Steve Shreve

It came from the sewers. . . . It’s just another day on Calamity Avenue. Stan Hankie and his friends are playing baseball when the ball—their last one—falls into the sewer drain. Everyone knows that there’s a monster in the sewers. Stan and his best friend, Larry, go down in search of the ball, anyway. But instead of a baseball, they find something else. Then strange things start happening around town. Is a creature from the sewers coming after them? Can Stan and Larry figure out what’s going on before the whole town is destroyed?

Because he is passionate about skateboarding, I thought we’d go deep and wide. He said that he’d read biographies of skateboarders he admired so I’m thinking biographies and non-fiction.

In this young adult autobiography, Tony Hawk shares the stories from his life that have helped him become a skateboarding hero.

Hawk speaks of being a super-competitive ‘demon’ child who found peace while on a skateboard. Classmates teased him because of his interest in an ‘uncool’ sport. Instead of retaliating with violence, he practiced even more. With his story, he will inspire a younger generation of fans to stand up for what they believe in and follow their dreams.

The Impossible: Rodney Mullen, Ryan Sheckler, and the Fantastic History of Skateboarding by Cole Louison

The Impossible aims to get skateboarding right. Journalist Cole Louison gets inside the history, culture, and major personalities of skating.

The Trouble with Skateboarding by Chris Ashley

Mastering Skateboarding by Per Welinder

Ever watched pro skaters and wished you knew how they were able to pull off the tricks that you see? If so, then Mastering Skateboarding is the resource for you!

Two-time world champion skateboarder Per Welinder teams up with longtime skateboard advocate Peter Whitley to bring you the techniques and tricks used by the pros. But the information doesn’t stop there. Welinder and Whitley also provide in-depth coverage of skateboarding equipment, including how to select the components that work best for you and how to build and tune a board that fits your individual riding style. Packed with 88 tricks, this full-color guide is the only resource you’ll need to pull off all the moves you’ve dreamed of doing.

Whether you ride street or vert, competitive or recreational, Mastering Skateboarding has you covered. Add this one-of-a-kind resource to your collection and you’ll soon be ready to put your new skills on display!

I suspect my young friend is beyond skateboarding basics. If he can learn new tricks from books, he may find them of value and interest. Plus, I think Per is a draw.

The Skateboard: The Good, the Rad, and the Gnarly: An Illustrated History by Ben Marcus

The story of the simple skateboard is part thriller, part underground, underdog success tale. It’s chock-full of innovations, far-out graphic artistry, and ever-more-incredible hot-dogging feats. And the story’s told in this book with contributions from the stars themselves—Tony Hawk, Stacey Peralta, Jeff Ho, the Dogtown Z-Boys, and more. Beautifully illustrated with historical posters, ads, and memorabilia along with new action photography, studio skateboard shots, and unique portraits of the stars, this is a fitting tribute to an American classic.

Tony Hawk has created more than 100 tricks. Want to know other cool skateboarding facts? Check out this book. It will have you flipping for more!

The Answer Is Never: A Skateboarder’s History of the World by Jocko Weyland

From the hard-ridden half-pipe of a suburban driveway to teens doing boardslides down stairway handrails in Rio de Janeiro, from the bright-light glare of ESPN’s X-Games to the groundbreaking street-skating videos of Spike Jonze, skateboarding has taken the world by storm — and if you can’t deal with that, get out of the way. In The Answer Is Never, skating journalist Jocko Weyland tells the rambunctious story of a rebellious sport that began as a wintertime surfing substitute on the streets of Southern California beach towns more than forty years ago and has evolved over the decades to become a fixture of urban youth culture around the world. Merging the historical development of the sport with passages about his own skating adventures in such wide-ranging places as Hawaii, Germany, and Cameroon, Weyland gives a fully realized portrait of a subculture whose love of free-flowing creativity and a distinctive antiauthoritarian worldview has inspired major trends in fashion, music, art, and film. Along the way, Weyland interweaves the stories of skating pioneers like Gregg Weaver and the Dogtown Z-Boys and living legends like Steve Caballero and Tony Hawk. He also charts the course of innovations in deck, truck, and wheel design to show how the changing boards changed the sport itself, enabling new tricks as skaters moved from the freestyle techniques that dominated the early days to the extreme street-skating style of today. Vivid and vibrant, The Answer Is Never is a fascinating book as radical and unique as the sport it chronicles.

I like that he’s reading a pretty interesting narrative that has a little Hawaiian history thrown in.

I found this book through Ms. YingLing Reads. She’s a middle school librarian with a special interest in finding books for reluctant boy readers. She says, “This was a great skateboarding book with lots of descriptions of skateboarding tricks and action, as well as a pleasant plot that did not involve building a skate park.”

I’ll keep you posted on how I did on this list. His mom will let me know if these are his Drop Everything and Read Books. I hope so!

March Madness: Basketball Books for Girls and Boys, Ages 4 and Up

Poetry in Sports Books for Kids

To view any book more closely at Amazon, click on image. As an Amazon Associate, I earn from qualified purchases.