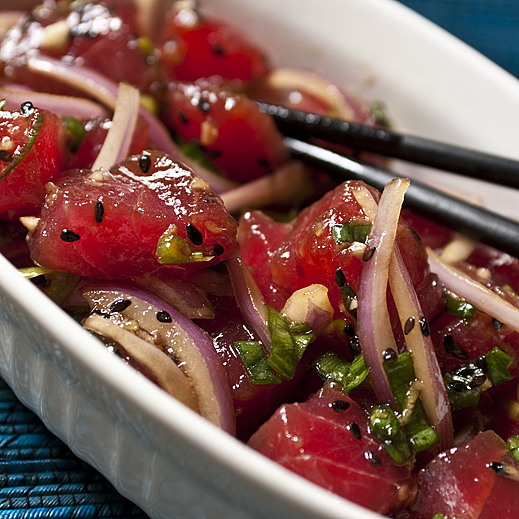 Things to Do In Oahu, Hawaii with Kids

My sister and her family joined us for an almost family reunion on the island of Oahu in Hawaii. The exact destination was Hawaii Kai, a tony suburb about 20 minutes east of Waikiki based around a man-made marina. My company has a corporate house there for employees. Even though I was the one to purchase and renovate the house as a work project about 5 years ago, I had never visited that house before. It’s a long flight from Boston and I wasn’t able to take the time away from my kids. View from the house in Hawaii Kai across the marina

My nearly 90-year-old mother made the trip as well as my mother-in-law. My brother and his family, unfortunately, had an earlier-than-usual school start so wasn’t able to make it.

All in all, everyone concluded that Hawaii makes a great family reunion vacation spot. Oahu, though crowded, can not be faulted for having many, many options of things to do. Here’s how we spent our time. And thank you to my sister for the write up!

We had a blast surfing!  The big shops on Waikiki want to charge upwards of $135 per hour per person.  Instead, we went to the beach and walked a few blocks from the parking, and went to Hawaiian Oceans Waikiki.  You’ll see the stand with the surfboards on the beach.  Ask for instructors Kevin and Sparky.  They were great with the kids!  We were able to get in the water and help the kids surf with them and they charged us $40 per kid and the adults rent extra boards for $10 per board.

It seems like surfing on Waikiki is a cliche but while it’s a crowded beach with its fair share of homeless people hanging out, the waves are long, gentle, and rolling. Perfect for beginning surfers! Unlike many of the beaches in Hawaii, there are fewer coral reefs that can cut up an unsuspecting surfer during a wipeout. There also seemed to be a surfing contest every day and there are food options nearby including a hamburger stand on the beach near the surfing. Park along the streets perpendicular to the main drag but bring plenty of quarters for the meter. Go to Hanauma Bay for snorkeling.  The lot gets full, so go early or check back in the afternoon if they are full.  Bring snorkeling gear or rent it there.  It takes about 45 min. to watch a short film and walk down to the site, or take a tram.  The fish and reef are so close to the shore that you can just take goggles and swim near the reef to see the fish. The coral reef fish are surprisingly huge as Hanauma Bay was a Volcanic crater that collapsed and was covered by the ocean. You will need to watch a video first on nature conservation so allow at least an extra half hour of time before you are allowed on the beach. There is a tram for a small fee to take you directly down the steep slope to the beach, but we were fine walking both ways.

We had fun fishing.  Be sure to take Dramamine if you get seasick!  They provide a small lunch and bait.

P.S.  Don’t bring bananas on the boat, as it is bad luck! Fishing aboard the Sashimi

Visit the Pearl Harbor Memorial.  Book in advance for the short film, audio tours of the little museum, and the ferry over to the site about the USS Arizona which is about an hour.  It’s a very moving memorial that is very well done and nicely laid out. Note that there are many, many options for tours so book what makes sense for you. We wanted the quickest tour given the range of ages in our group — from ages 6 to 88!

My mother especially wanted to see this memorial. She was 18 when Pearl Harbor was bombed and living in San Francisco. Her family was forced to relocate with just a week’s notice. Her brother, my uncle, joined the famed 442nd regiment as well. The war started here for her and ended with the bombing of Hiroshima, her parents’ hometown. We visited the Hiroshima memorial museum with her about 15 years ago. My relatives were Daimyo about one hour outside of Hiroshima. Two sides to the war for one person. Strange how it’s so personal. Go to Roys down the street without the kids for a nice and relaxing dinner and drinks!  The clams appetizer and butterfish entrée were the best! Sit outside or upstairs with the view! I heard that they invented the Moulten Chocolate Souffle (recipe and image from Itsy Bitsy Foodies) and theirs is a good one! 
Bring the kids or big groups to the Kona Brewing Company nearby 7192 Kalanianaole Highway Honolulu, HI 96825
(808) 396-5662. Both these restaurants are in Hawaii Kai. Another great option is to buy the Poke from the supermarket and eat it with rice. What is Poke? It’s raw tuna seasoned with soy sauce, sesame seed oil, seaweed, and Hawaii rock salt (recipe and image from Chaos in the Kitchen). Ono bra! (That means delicious!). Visit the Pali Highway and Makupu for gorgeous lookout points! We enjoyed the scenic view and the history plates that depicted the great battle on Pali Highway where King Kamehameha the Great united Hawaii but not without many brave soldiers fall off the cliff to their death. The view from Pali Highway has a violent story to tell


HIKES WITH A VIEW

Check out the Hawaiian Stairmaster!  Climb up the Koko Head crater!  Park in the parking lot near the baseball diamond and walk along the road towards Koko Head.  Fairly strenuous hike following the train tracks up to an amazing view on the top! This is an ambitious climb but my sister did it with her husband along with PickyKidPix, age 10, and her daughter, age 6. While our girls claimed not to be tired afterward, they were! And the adults on the climb were surprised to see small kids make it to the top. It’s not for the faint of heart. While this climb is graded as easy, it’s NOT!

Our conclusion is that while Oahu is a bustling metropolis, it’s a great place for a family reunion vacation with plenty to do for kids of all ages. Oahu gives you options, from world-class Asian fusion restaurants to cultural sights to outdoor activities. Renting a house is a great option if you have a large party as we did. We ate breakfast at home and cooked at home for most dinners. We needed a car for excursions and I’d recommend one if you want to travel around the island. Don’t miss other Hawaiian treats: Shave Ice, Haupia Pie, and of course, our favorite Poke, which comes in many, many variations. Aloha and Mahalo to all our friends in Hawaii!

p.s. But whatever you do, don’t use Hertz!

p.p.s. Another resource: Visiting Hawaii, The Definitive Guide from Funocity.com.