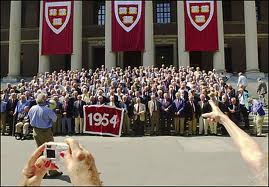 The first person I ran into at my 25th college reunion was my friend Denley. We were in the same Freshman dorm of just 31 kids (Hollis North). He grew up in NYC’s Chinatown and I am a beach girl from the province of Southern California.

My memories of Denley include food, always food. We are both Asian and were always hungry and the food at school was beyond bad. I think we both craved Asian flavors that reminded us of home. He used to bring back chicken feet from Chinatown in Boston that were simmered in an aromatic broth of soy sauce, ginger, star anise and some special secret ingredient. Chinatown was a subway ride away and chicken feet were cheap and plentiful, important to us since we were making just $5.25 an hour from our work-study jobs. No one else would touch them, not even the other Asians in our dorm. Even John from Queens wasn’t tempted. And, “you don’t know what you’re missing!”

To this day, I still order chicken feet at dim sum and am the sole partaker. My kids are grossed out and every time I eat them, I can’t help but think fondly of Denley.

He’s happily married with three kids working for the NY Fed as Chief Worrier. Me too (Not the Chief Worrier part but the happy part and the 3 kids part). And, as we swapped stories of career and kids, he said what pretty much summed up what 25 years post college means to a group of 15oo socially awkward, driven, insecure, and highly competitive individuals from all over the world: We hit the jackpot of life.

No, it’s not our undergrad degree or our LinkedIn resume. He said, “If your spouse and kids are happy and healthy, then you won the lottery of life.”

What is a Harvard 25th reunion like? It’s a nice way to reconnect with classmates and an institution that makes you feel pretty much inadequate. And our class of 1987, by all Harvard standards, is not the most outstanding. Unibomber Ted Kazinsky stole the Harvard Reunion stoplight with his Redbook entry. He’s 25 years my senior and would have been there for his 50th. Microsoft  co-founder Steve Ballmer was there for his 35th. His donation helped set the record high of $68 million for class donations for his class of 1977, which made our class give look paltry in comparison.

And that’s the rub. The comparisons are killer and yet we are professionals at assessing the competition. It’s how we got in.

This was the time to march down memory lane and reassess the choices that we each made that landed us here, 25 years later, wondering if we made good decisions. But I think we did.

I am part of the dorm entrepreneurs of my class. We are not Facebook or Microsoft but our start up still thrives 25 years later. And I recall board meetings when we mused about being a billion dollar company someday. We concluded that you must be single-minded to reach that milestone putting all other goals like work/life balance aside. And that was not for us. We have 9 kids between the three of us co-founders. And we want to make their sports games, recitals and parent-teacher conferences. We consciously all made that decision and it was a good one.

My classmates made the same choices. My Rhodes Scholar roommate, arguably the most successful member of our class, could have been running for U.S. President right about now, but she chose parenting her children over 100+ hour work weeks which she did for years. Other classmates who went on to Harvard Law School and sat with me at dinner gave up the idea of Managing Partner at a prestigious law firm in order to put their kids to bed at night.

But we are a happy class 25 years later. We were a much more contentious and competitive lot as undergraduates. Premed meant that you sat next to a friend at class because a stranger would never let you see his or her notes if you happened to space out for a second. It was worse at Johns Hopkins I heard, where your classmates would steal your lab notebook or sabotage your experiment. We never did that to each other, thankfully.

And so twenty five years later, it comes down to balance. Work/Life. Family/Career. It’s not easy but it is where true happiness lies I suspect. As for me and my classmates, we may be the class that Harvard administrators have to ponder: Why are they so bad at RSVPing? Will they ever give a decent size class gift such that we can actually quote the sum of their donation? And even, was this the worst class we let in EVER?

But, not to worry. We won the lottery of life. And, it turns out, we didn’t even need an Ivy League diploma for that!

p.s. I can’t leave you without some book picks. Here are the books that were bandied about all weekend and include authors from the Harvard Class of 1987. I giggle when I write this because a poll indicated that more than 50% of our class has been published but that includes bloggers!

My freshman’s roommate’s roommate wrote this sweet and funny murder mystery. It’s the perfect beach read with a Harvard twist. Alice Teakle, who didn’t seem to ever get traction in her career post Harvard, is consumed with shadowing a mean Queen bee classmate who ends up dead with Alice as prime suspect. Her college crush is also intertwined into the story but I don’t want to spoil it for you but let me add that it’s also a romance! Murder/Mystery/Romance/Harvard/Beach Read.

Clover, Addison, Mia, and Jane were roommates at Harvard until their graduation in 1989. Clover, homeschooled on a commune by mixed-race parents, felt woefully out of place. Addison yearned to shed the burden of her Mayflower heritage. Mia mined the depths of her suburban ennui to enact brilliant performances on the Harvard stage. Jane, an adopted Vietnamese war orphan, made sense of her fractured world through words.

Twenty years later, their lives are in free fall. Clover, once a securities broker with Lehman, is out of a job and struggling to reproduce before her fertility window slams shut. Addison’s marriage to a writer’s-blocked novelist is as stale as her so-called career as a painter. Hollywood shut its gold-plated gates to Mia, who now stays home with her four children, renovating and acquiring faster than her director husband can pay the bills. Jane, the Paris bureau chief for a newspaper whose foreign bureaus are now shuttered, is caught in a vortex of loss.

Like all Harvard grads, they’ve kept abreast of one another via the red book, a class report published every five years, containing brief autobiographical essays by fellow alumni. But there’s the story we tell the world, and then there’s the real story, as these former classmates will learn during their twentieth reunion weekend, when they arrive with their families, their histories, their dashed dreams, and their secret yearnings to a relationship-changing, score-settling, unforgettable weekend.

I heard this was so-so and I don’t know the author, but it’s about the drama that enfolds from a reunion weekend. In this case, it’s their 20th. Another beach read.

Game Change LP: Obama and the Clintons, McCain and Palin, and the Race of a Lifetime by John Heilemann and Mark Halperin

Based on hundreds of interviews with the people who lived the story, Game Change is a reportorial tour de force that reads like a fast-paced novel. Character-driven and dialogue-rich, replete with extravagantly detailed scenes, it’s an intimate portrait of some of the most powerful and fascinating figures in American life—the occasionally shocking, often hilarious, ultimately definitive account of the campaign of a lifetime.

Mark Halperin is a classmate though I’ve never met him. I saw him present at the Reunion and he was funny and charming. He notes that this would make a great father’s day gift! It would indeed!

For anyone who wants to apply to an Ivy League college, I recommend reading this book that publishes successful Harvard application essays. (Just to assess your competition and know how high the bar is set.  Oh did I say that? Old habits die hard!)

13 thoughts on “Reflections from my 25th Harvard Reunion”