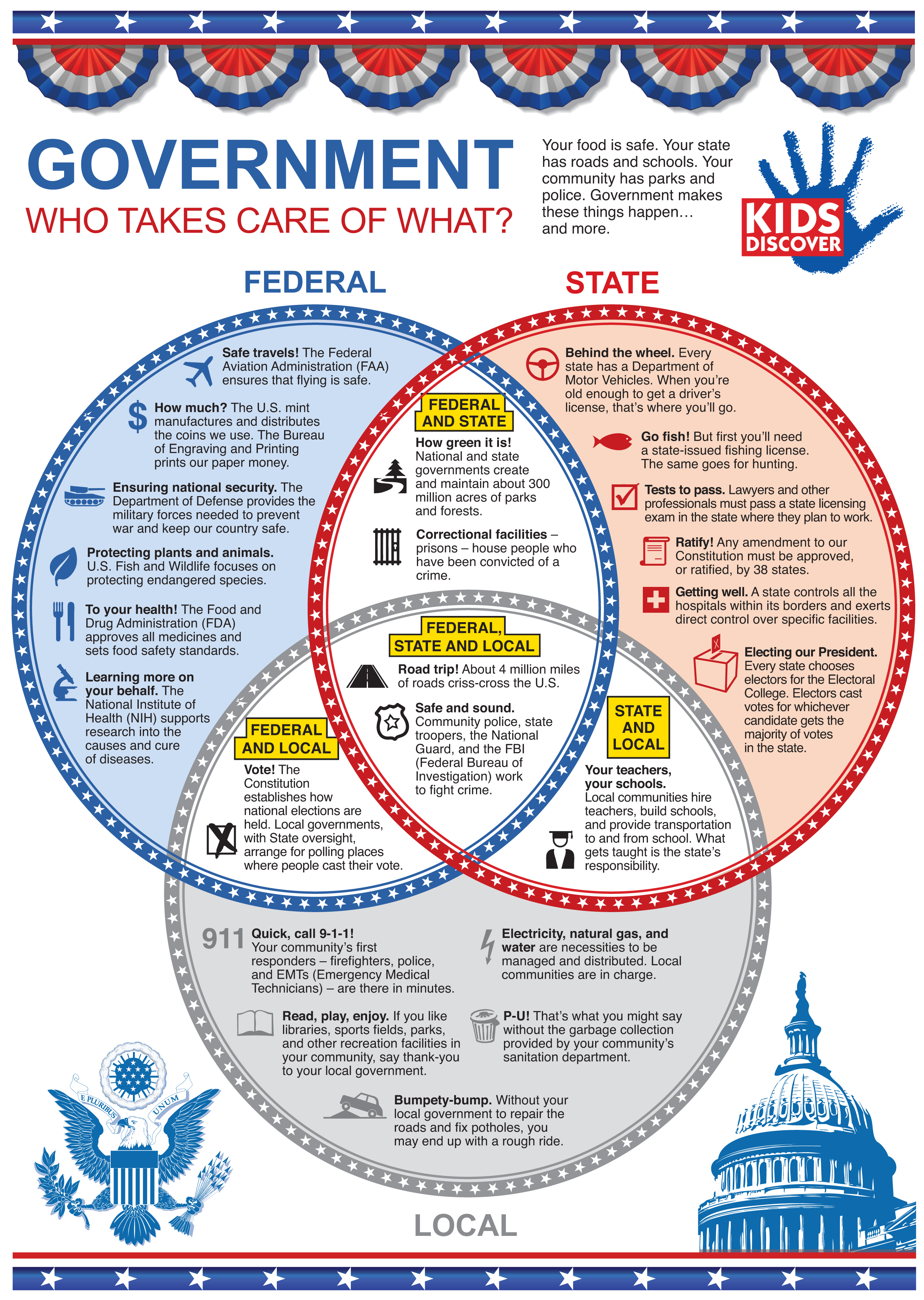 My college roommate, Rosie Rios, signs the money as the Treasurer of the United States. Raised in Hayward, California by a single mom with her 5 siblings in a two-bedroom apartment, she is the epitome of the American success story and I am so proud of her. I saw her at my 25th college reunion and she kindly signed three “Rosie Bills” for my children. (Yes, technically they are defaced, but I’m taking them out of circulation forever as a collectible so I guess it’s not really defacing. It’s memorabilia.) PickyKidPix loves money — she’s 10 years old — and wants to be a billionaire when she grows up. It’s driving her crazy that my friend Rosie can’t keep some of the money that she makes. I tried to explain the manufacturing of money in terms of a soccer ball factory and PickyKidPix gets that her manufacturing manager can’t take soccer balls. (In this scenario, she owns the soccer ball company and spends her time counting the money. Her friend Kate is in charge of the manufacturing floor and is going to a family reunion with 60 kids who play soccer). “Obviously,” PickyKidPix says. “She can’t take the soccer balls. That would be stealing. FROM ME!!!!”

And that is just it. It doesn’t seem fair to her that Rosie can’t take some of the money she makes. To PickyKidPix, money is something that can easily be replaced by just printing more. Her question is subtle in its complexity and so I’m attempting to explain this so that a 4th grader can understand. Most of this information is from Wikipedia.

p.s. My husband sent me a great link on 6 Fascinating Facts About Cash from Fortune Magazine.

p.p.s. Here’s a photo of Rosie introducing the new $100 bill to a classroom! Treasurer Rosie Rios shows off a new 100-dollar bill to students in a virtual classroom visit with Rogers-Herr Middle School in Durham, NC. One of the students was a final grand prize winner in the Save Out Loud contest hosted by Ready.Save.Grow campaign.

This handy chart from Kids Discover shows $ How Much?

The U.S. Mint is part of the Federal Government and manufactures and distributes the coins we use. The Bureau of Engraving and Printing prints our paper money. Rosie is in charge of both of these government departments. This is from Kids Discover

Who owns the U.S. Mint and Bureau of Engraving and Printing?

The U.S. Mint and Bureau of Engraving and Printing are part of our Federal Government. These departments manufacture and distribute the coins and bills we use.

The Treasury prints and mints all paper currency and coins in circulation through the Bureau of Engraving and Printing and the United States Mint. The Department also collects all federal taxes through the Internal Revenue Service, and manages U.S. government debt instruments, with the major exception of the Federal Reserve System.

What is the U.S. Treasurer In Charge of?

The Treasurer of the United States has direct oversight over the U.S. Mint, the Bureau of Engraving and Printing and Fort Knox and is a key liaison with the Federal Reserve. In addition, the Treasurer serves as a senior advisor to the Secretary in the areas of community development and public engagement. (This is Rosie’s job.)

Who Owns The U.S. Federal Government?

One of the theoretical pillars of the United States Constitution is the idea of “checks and balances” among the powers and responsibilities of the three branches of American government: the executive, the legislative, and the judiciary. For example, while the legislative (Congress) has the power to create law, the executive (President) can veto any legislation — an act which, in turn, can be overridden by Congress. The President nominates judges to the nation’s highest judiciary authority (Supreme Court), but those nominees must be approved by Congress. The Supreme Court, in its turn, has the power to invalidate as “unconstitutional” any law passed by Congress.

Why Not Just Print More Money?

This is the key question of why the United States (and therefore Rosie) can’t just print endless amounts of money. This questions shifts from a question of Government in terms of who OWNS the money to one of economics. The question now for PickyKidPix is WHAT HAPPENS IF THE U.S. PRINTS ENDLESS AMOUNTS OF MONEY (thereby now allowing my friend Rosie and anyone else who works to make the money to take a pile of bills for herself).

The simple explanation is that prices rise when the government prints more money. For someone studying economics, here’s the reason along with graphs. This illustration is from The Slow Bleed.

Imagine the government printed more money and sent every man, woman, and child $5,000. Sounds good right? Some people would save it, but the bulk would run out and buy a flat-screen television, go out for dinners, or even pool some money and buy a new Harley-Davidson (my personal choice).

The issue is everyone now has more money – equally. So now the value of the dollar has decreased (there are more of them out there). Think of trading cards or collectibles – they are worth more when there are fewer of them available.

Prices are determined by supply and demand (yes, there are some other factors but let’s not bother with those right now) which is also a way of saying “ability” to pay in some cases.

Back to the store; Let’s say only 100 people could (normally) afford the flat-screen television at your local Best Buy. But now more people have money and more people go to the store to buy one.

The first week the television sells out. Well, we can’t have that in a store (and the demand has gone up) so now the prices will as well. Basically what you have now is inflation.

Inflation would not be limited to the television. It would occur on everything. Bread, Milk, Gas, Electronics, etc, etc.

So, in a nutshell, printing more money simply raises the prices of everything but the net effect is still the same. If you can’t afford it now, you won’t be able to afford it then!

I think PickyKidPix will need a crash course in economics to grasp this concept. The Supply and Demand book will be illuminating for her. I may go so far as to do that classic graph of supply versus demand. She was convinced that if we just printed as much money as we wanted (and everyone who prints money took home $1 million dollars a day each for themselves and their friends) that eventually a loaf of bread would cost $1 million but most people would not make enough money to afford the bread except for the really rich people and the people who work printing the money.

I found more great books on money and economics for kids of every age. What do your kids think about money? Do they know who owns it? Can they describe it? It’s really an abstract concept for anyone but especially for kids.

Books Children Should Read to Learn About Money

THE CAT IN the Hat puts to rest any notion that money grows on trees in this super simple look at numismatics, the study of money and its history. Beginning with the ancient practice of bartering, the Cat explains various forms of money used in different cultures, from shells, feathers, leather, and jade to metal ingots to coins (including the smallest—the BB-like Indian fanam—and the largest—the 8-foot-wide, ship-sinking limestone ones from the Islands of Yap!), to the current king of currency, paper. Also included is a look at banking, from the use of temples as the first banks to the concept of gaining or paying interest, and a step-by-step guide to minting coins. A fascinating introduction is bound to change young reader’s appreciation for change!

DK Eyewitness Books: Money
Here is an original and exciting look at the diverse world of money. Stunning real-life photography of Egyptian silver, Chinese hole money, Spanish gold, and siege money – as well as today’s international currencies – offers a unique “eyewitness” view of money. See the salt money of Ethiopia, what the earliest coins looked like, forged coins and banknotes and what one million dollars looks like. Learn how coins and banknotes are made, why German children used bundles of money as building blocks and why Ancient Greeks put coins in the mouths of dead people. Discover the history of your country’s money, where the first paper money was issued and how to detect forged coins. And much, much more!

Money Madness by David A. Adler

What’s all this madness about money? Long ago, people traded rocks or sheep for the items they wanted, but rocks were heavy and sheep ran away. This beginning guide to economics will have readers thinking about the purpose, and not just the value, of money.

What is Supply and Demand? by Paul Challen and Gare Thompson

With current times defined in large part by the recent economic downturn, the books in the Economics in Action series are a timely choice to introduce students to some key and often interlocking concepts. What Is Supply and Demand? delves more deeply into the cornerstone economic principle touched on in many of the other books and is probably the best choice to read either first or as a stand-alone title. In each book, stock photos and sidebars do more to break up the layout than provide much additional insight, but the design as a whole is inviting enough to make these economic principles far less dreary than many kids might think. A good series for establishing a solid economic bedrock. Grades 5-8. –Ian Chipman from Booklist

20 thoughts on “Who Owns the Money? Economics for 4th Graders”