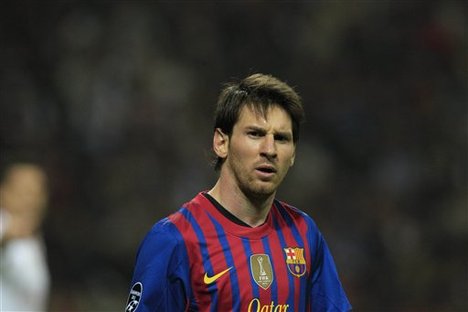 When Your Kid Doesn’t Make the Team

Today was a tough day. My 4th grade daughter, PickyKidPix, has been on pins and needles all week waiting to find out if she made the new Club Soccer Team for our town. She didn’t. She made the waitlist which is not bad because strangely, her grade district-wide has produced an exceptional number of really excellent 4th grade girl soccer players. This still meant that I found her at 10:41 p.m. sobbing her heart out. Ouch! Not to mention that her bedtime is 9:00 and it is a school day tomorrow.

Life is full of disappointments and her problem is that she is teeny, tiny like me. Most of her peers have 50% more weight on them and at least 12+ inches. At this age, it means they kick harder yet also have the same foot skills and speed that she does. And some of her peers, including some of her friends, are better at this age.

So we had a little pep talk. She discounts anything I say in general because: 1) I am her mom, 2) she is the rebellious middle child, and 3) I don’t play soccer. But the pep talk went like this:

Her (sobbing): But everyone else will improve too because they will play more than me. It’s not your fault Mommy.

Me: You just have to get better. Let’s come up with a plan. Are you willing to work harder if I will hire a coach to help you?

Her (very determined and now blowing her nose loudly): YES!

Our mantra is our favorite player Lionel Messi, arguably the best player in the world. He plays for Barça and is a wonderful role model: modest, polite, and incredibly talented. We have made 3 attempts to watch him play. We flew to DC to watch a friendly but he didn’t play in that game. We went to Barcelona to catch a game. We missed the game by one day (we had to book our trip long before the game schedule came out plus we had to work around school vacation time). But we have tickets to a game in New Jersey (4 hours by car) to watch him. He’s supposed to play unless he’s injured. He’s healthy right now. Fingers crossed!

Messi is also small for a professional soccer player as are most of the Barcelona team. Their mantra is skill oversize and this has been a winning formula but I suspect that it helps when your team is similar in size and strategy to the Japanese women’s team that won the World Cup.

This is a video of a kid who is perhaps like Lionel Messi at age 6 with amazing technical skills. He demonstrates the drills he practices.

Our task is pretty straightforward: PickyKidPix just needs to improve and learning some of these foot skills will help. She’s 10 now (only just) and let’s see what a difference a year makes!

I think this is a good life lesson. There will always be disappointments in life but how you react AFTER is actually more important than BEFORE. Do you pick yourself up? Do you give up? Do you have the stamina to work towards a long-term goal? Is this motivating? Do you have that steely resolve? A winner never quits and a quitter never wins. (That’s from our karate school).

Watch this video. Sheesh, this kid is good! I’ve ordered some cones and a small soccer net.

p.s. She has two tryouts for another club team next week. Please wish her luck!

p.p.s. This is the book that I’ll hand to my daughter to help her realize that she’s not alone in worrying about making the cut. It’s a great soccer book for fourth grade through sixth grade. Any kid — boy or girl — who stresses about soccer tryouts and making the cut will enjoy reading this excellent chapter book.

Books for Kids to Read on Soccer and Making the Cut

Beyond Lucky by Sarah Aronson

Ari Fish believes in two things: his hero-Wayne Timcoe, the greatest soccer goalie to ever come out of Somerset Valley-and luck. So when Ari finds a rare and valuable Wayne Timcoe trading card, he’s sure his luck has changed for the better. Especially when he’s picked to be the starting goalie on his team. But when the card is stolen-and his best friend and the new girl on the team accuse each other of taking it-suddenly Ari can’t save a goal, everyone is fighting, and he doesn’t know who, or what, to believe in.

Before the team falls apart, Ari must learn how to make his own luck, and figure out what it truly means to be a hero.

I found a few more soccer chapter books as well:

Whisper Nelson hates sports–all sports–with a passion! So when by a fluke she wins a chance to kick a goal past a professional soccer star for a million-dollar prize, she is torn. Should she try it and risk humiliation, or just forget the whole thing and save what dignity she has left? But the Million Dollar Kick might be Whisper’s big chance not only to win a million dollars, but to regain confidence in herself. [beginning chapter book for ages 8 and up]

Do you know how a poor boy from Brazil who loved fútbol more than anything else became the biggest soccer star the world has ever known? Turn the pages of this book to read the true-life story of Pelé, King of Soccer, the first man in the history of the sport to score a thousand goals and become a living legend. Rudy Gutiérrez’s dynamic illustrations make award-winning author Monica Brown’s story of this remarkable sports hero truly come alive!

Rob Lasher is just an ordinary soccer player, good at the game, but not great. Then one afternoon, he saves his coach’s life in front of all his teammates. Suddenly, he’s the team’s hero. As some members of his team and the rest of the town continue to laud Rob’s heroic act, Rob realizes he doesn’t want the attention and any unearned accolades that come with it. Kids will learn that doing what is right should be the norm, not the exception. [beginning chapter book, ages 8 and up]

Women’s soccer has never been more popular. At the top of the sport’s list of star players is Mia Hamm. Her speed, aggressive play, and ability to “read the field” have sparked every team she’s ever played on. At the University of North Carolina, she helped the Tar Heels capture four NCAA championships. Her continually stellar performances with the United States national team led them to win two out of three Women’s World Cups, first in 1991 and again in 1999. And as a member of the 1996 gold medal-winning Olympic team, she played an outstanding final game on a sprained ankle. The holder of the world record for most goals scored in a career, she is the hero of thousands of soccer fans worldwide. Readers will devour every detail of this insightful biography of the best women’s soccer player in the world. [beginning chapter book, ages 8 and up]