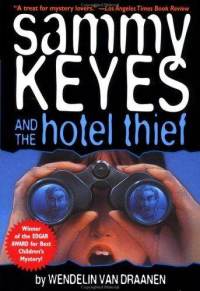 Hi again! Now that I have permission too, I just thought that I’d give some more book recommendations/reviews. These are just random books that I’ve read some what recently (these are in no particular order).

Twelve-year-old Karana escapes death at the hands of treacherous hunters, only to find herself totally alone on a harsh desolate island. How she survives in the face of all sorts of dangers makes gripping and inspiring reading. This title is based on a true story.

Notes: I expected this book  to be a lot worse, because this isn’t exactly the type of book I usually read. The Newbery Medal that was given to this book is well deserved!

In the ruins of a place once known as North America lies the nation of Panem, a shining Capitol surrounded by twelve outlying districts. Long ago the districts waged war on the Capitol and were defeated. As part of the surrender terms, each district agreed to send one boy and one girl to appear in an annual televised event called, “The Hunger Games,” a fight to the death on live TV. Sixteen-year-old Katniss Everdeen, who lives alone with her mother and younger sister, regards it as a death sentence when she is forced to represent her district in the Games. The terrain, rules, and level of audience participation may change but one thing is constant: kill or be killed.

Notes: Honestly, I did not like The Hunger Games at all. I was sort of bored with it, but now that I’ve seen the movie I feel like I’ll enjoy it more.

Eleven-year-old Polly Peabody needs to make it start raining. For her entire life, it has rained at exactly one o’clock every Monday afternoon on her family’s magical rhubarb farm, until one Monday, when it stops. And then Polly’s brother gets sick, really sick. Polly has to figure out how everything is connected and make it rain before her beloved Aunt Edith sells the farm.  She has help from the farm itself, in the form of the plants and insects, including her best friend, Harry, a chocolate-tasting rhubarb plant.  They all push Polly to confront her fears.  But is it enough, and more importantly – is there enough time?

Notes: I’ve just finished this book and it was amazing! The cover is what made me get it, and there was nothing I could add or subtract from the book except that there are one too many scenes where the main character cries.

It’s 1936, in Flint, Michigan, and when 10-year-old Bud decides to hit the road to find his father, nothing can stop him.

Notes: Along with Island of the Blue Dolphins, I didn’t think I would like this book but I did! The author develops all of the characters in a great way, and the metaphors he uses are fantastic!

Sammy Keyes is perusing the neighborhood through binoculars when she spots something fishy at the Heavenly Hotel. She’s sure she’s just seen a robbery, now she just has to prove it. Now in Knopf Paperback, is the first book in the exciting new series of middle-grade mysteries starring the smart and spunky seventh-grade ace detective. “This girl sleuth is no well-mannered Nancy Drew. She’s hot-tempered, nosy and not always obedient. In short, she’s someone I want to read about again. A winning debut!” (Margaret Maron, author of The Bootlegger’s Daughter and One Coffee With).

Notes: I enjoyed this book! It’s one of those nice small novels to read on your free time. It definitely makes you think of a lot of conclusions as you read. I don’t know if anyone realized, but this is the same author who made the novel “Flipped”!

6 thoughts on “Josh in 6th Grade Shares His Favorite Books”