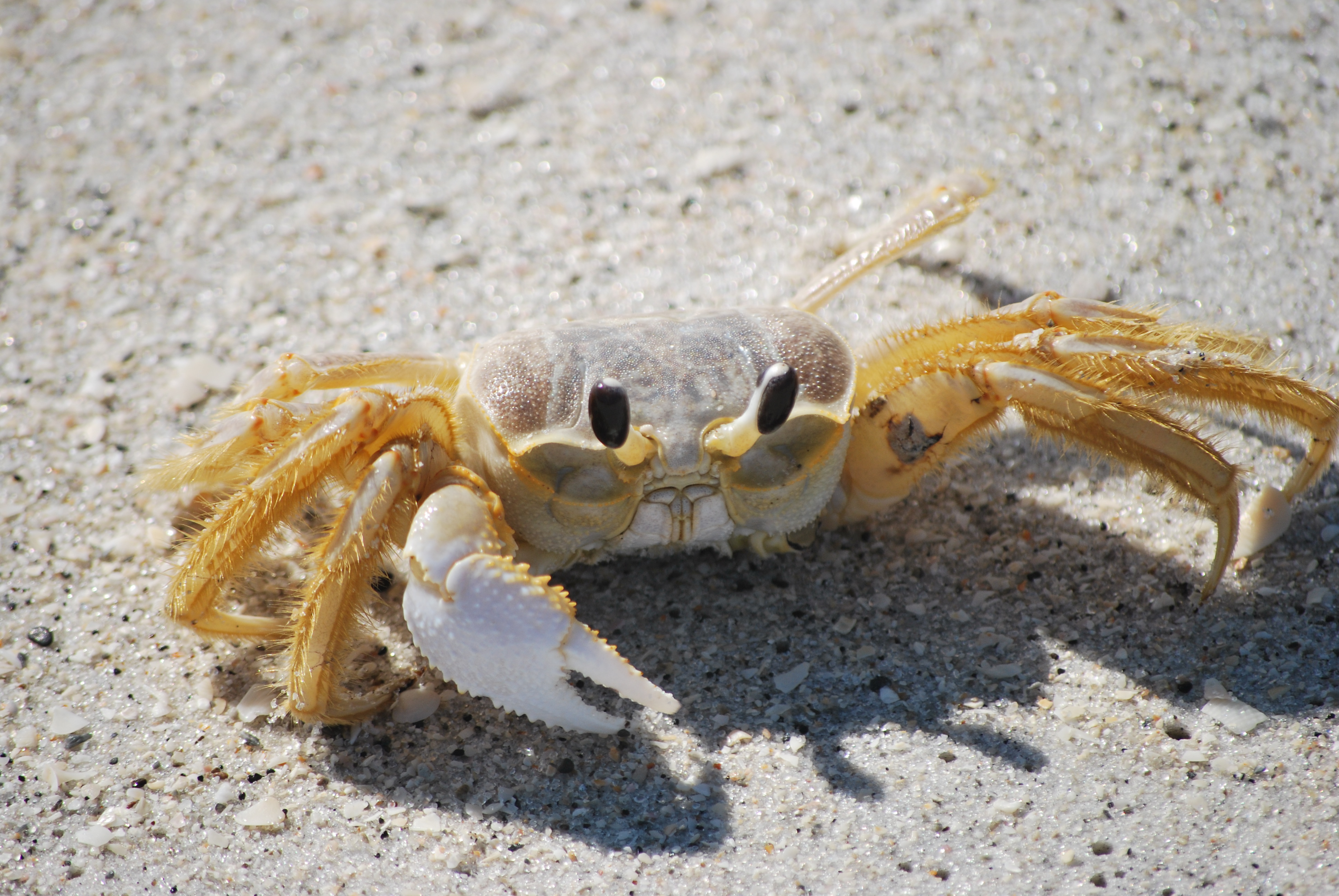 Why are Crabs Crabby? And Picture Books on Crabs

Does this crab not look like it should be in an animated cartoon? 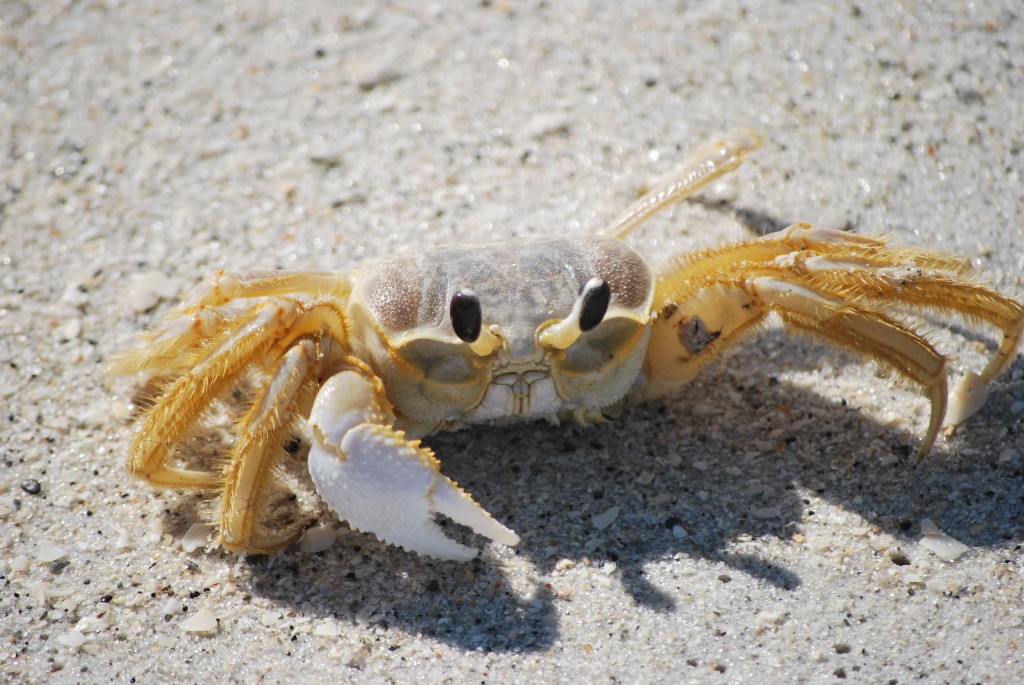 I found this crab on vacation in Florida. He or it could have easily been a she-crab, RULED the beach that day. The crab seemed completely nonplussed that humans were around and, as I stared it down, I actually thought it was dead. Not so, just winning the staring contest apparently.

The crab’s hole in the ground was not even near it. There were birds everywhere too. This crab, I tell you, was completely fearless. I finally got it to move, thus proving that it was alive, by practically poking it with a stick. image from The Disney Wiki


My first impression (besides dead crab) of the crab was that it looked EXACTLY like Sebastian the Crab from the Disney movie Ariel. What do you think? Do you see the likeness? Perhaps it’s not a dead ringer, per se, but there is a charisma that is similar. No?

And that got me thinking. Crabs are never the starring player in children’s books. They have a bad rap too. Crabby. And their astrological sign is associated with cancer?  Not a happy one!

So I started researching crabs in children’s literature. Are they all portrayed in a negative light? Is there anti-crab-ism going on? Is there justification for these crimes against crabs?

Perhaps our crab friend was traveling from a tide pool to the ocean as well.

Little Crab goes with Big Crab to the big ocean but the waves are huge and Little Crab is scared. The waves keep coming, bringing the crabs down, down, down to the ocean floor. It’s so much fun that Little Crab doesn’t want to leave! [picture book, ages 2 and up]

A House for Hermit Crab by Eric Carle

This classic from beloved children’s author Eric Carle portrays Hermit Crab as a sad creature losing his first buddies who live on his shell.

Poor Hermit Crab! He’s outgrown his snug little shell, so he finds himself a larger one — and many new friends to decorate and protect his new house. But what will happen when he outgrows this shell and has to say good-bye to all the sea creatures who have made Hermit Crab’s house a home? [picture book, ages 2 and up]

Kermit the Hermit by Bill Peet

Bill Peet is a beloved and prolific children’s book author from my youth. Could he be the culprit spreading the anti-crab-ism message that crabs are cranky? His PR machine was so effective that it is exactly what we think of ALL crabs.

A little boy saves Kermit from disaster, and the once cranky crab works hard to repay him.

When a little boy saves Kermit the crab’s life he rewards the boy’s family with gold pieces he found in the sea. [picture book, ages 4 and up]

B is for Blue Crab by Shirley Menendez

I think Shirley means D is for Dinner and that means you Blue Crab!

Located just below the Mason-Dixon line, Maryland is flavored with both northern and southern culture and tradition. Defined by the largest estuary in the United States (The Chesapeake Bay), Maryland’s historic sites/sights include the capital city Annapolis and the U.S Naval Academy, Muddy Creek Falls, and the running of the Preakness Stakes in Baltimore. Noteworthy residents include Harriet Tubman and Francis Scott Key. [picture book, ages 6 and up]

Now that I’ve alerted you to the egregious crimes against crabs, I hope you will join me in promoting a new message of happy, well-educated, spunky crabs such as Sebastian the Crab. They are not just dinner folks. If you see a crab, don’t poke it with a stick (like I almost did). If you do, you are provoking the crab into a cranky state of mind!

8 thoughts on “Are Crabs Crabby? And Other Egregious Misconceptions”