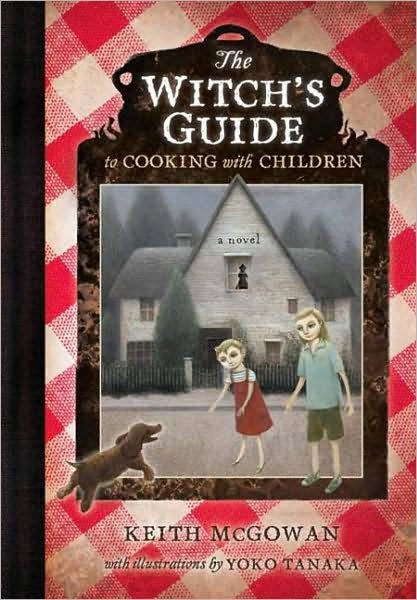 The Witch’s Guide to Cooking with Children is a modern retold fairy tale chapter book. My middle daughter’s book club read it for the December meeting and it paired nicely with Gingerbread House decorating. The five girls in her book club all thought the book was funny; the idea of a witch living in your hometown is intriguing! Just like Hansel and Gretel which this book riffs off of, the story is an adventure with a daring rescue.

The Witch’s Guide to Cooking With Children by Keith McGowan, illustrations by Yoko Tanaka (A Modern-Day Retelling of Hansel and Gretel)

And what if there is a witch in your town? I think she would live in a house like this (an actual house in my town). It screams “I Used to Live in a Gingerbread House with Candy Cane Trim but Now I’m Incognito.” Doesn’t this look like it’s trying to blend in but doesn’t succeed?

The idea of the supernatural or even monsters living next door starts to feel normal after reading books like the Twilight series (not for this age, it’s YA). It’s fun to imagine that perhaps vampires can be friendly neighbors. If so, could you identify them? I tried, and I think these boys that I found on The Sartorialist would certainly be candidates for vampires: pale, extremely good-looking, cold to the touch, and buff. Could these boys be vampires? On the Street…….Quai Voltaire, Paris

My other candidate for potential vampire would be designer Tom Ford. Apparently, he also needs very little sleep — around 4 hours a day — and he takes 4 hot baths a day as well. I am thinking it’s to warm up to human temperature! He’s interviewed here at Harper’s Bazaar. Tom Ford is a vampire? It could be true …

You must be thinking that I clearly have too much time on my hands. I would counter that I’ve been having a Twilight series benders lately, so I’m all about vampires these days!

Anyway, I digress. If you are interested in the gingerbread house activity, below is a DIY version for those of you with hidden talents or a kid for those of us who know our limits.

How To Make a Gingerbread House

The Three Pigs by David Weisner

The Stinky Cheese Man and Other Fairly Stupid Tales by Jon Scieszka, illustrated by Lane Smith

I know I’m missing more of these retold modern fairy tales. Can you help me out with a comment? Thanks!