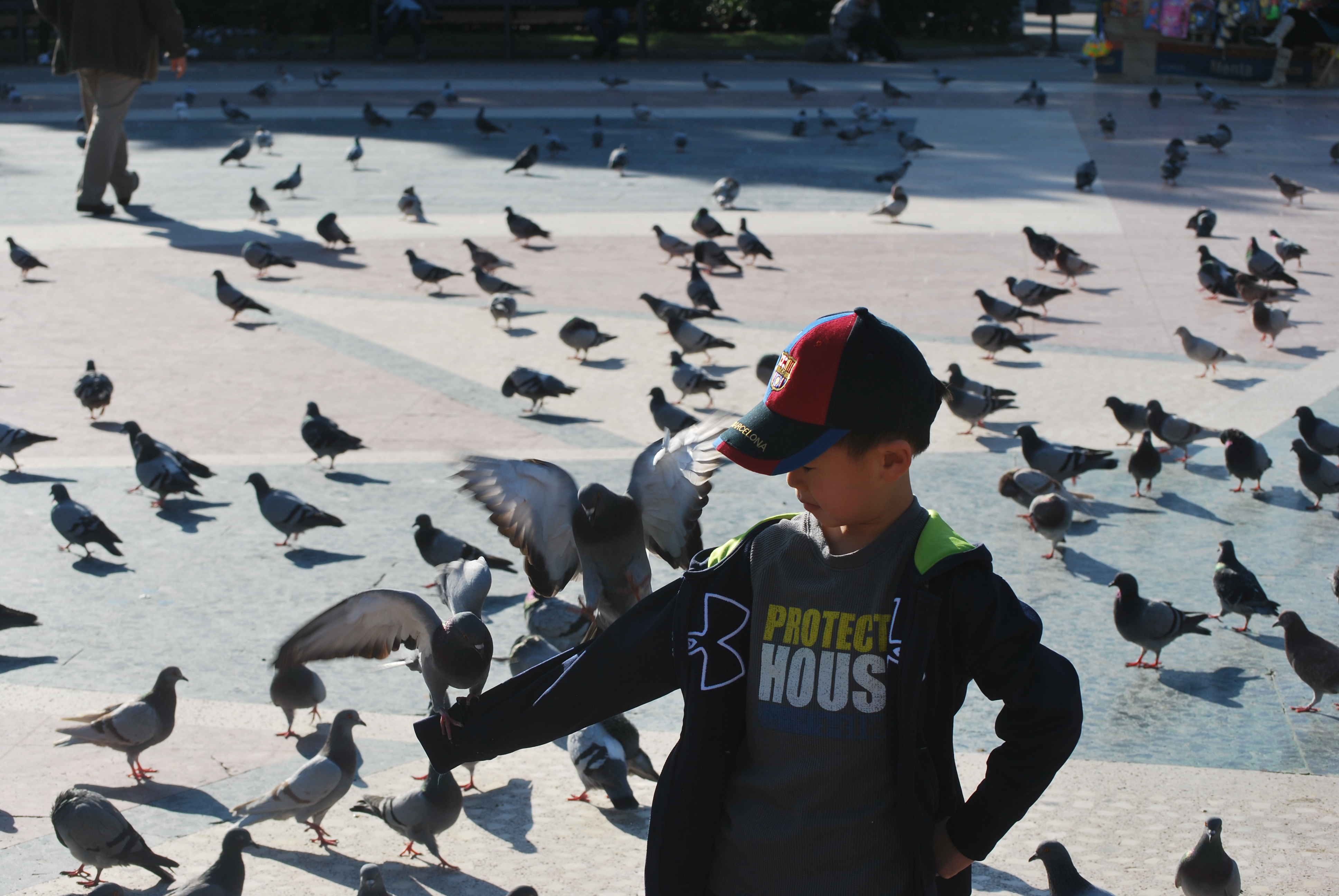 The kids and I have been studying Spanish for years with very little success. My oldest started at 4 and her siblings were even younger. My fantasy for early foreign language skills was so that we could go to a Spanish-speaking country and actually be able to get around IN SPANISH, with the kids speaking helpful phrases with their perfect accents. Yeah, this is still a fantasy!

Nonetheless, my husband got on the bandwagon about a year ago when he decided that the kids were old enough to travel to Europe. He picked Barcelona because he’s obsessed with Barςa Futbul and has the kids equally well versed in La Liga. It probably was not a coincidence that our hotel was within walking distance to Barςa’s stadium, Camp Nou,  and also the place where the players stay during home games. Unfortunately, we missed the team by a day. (The game schedule wasn’t out yet when we booked our flights.)

Adjusting to the time change after red-eye was brutal for me and the kids but my husband is an early bird so he waited for us to get up impatiently most of the week. Thankfully, our travel agent scored us Club Room access which meant we had access to free food and drinks nearly 24/7. Despite a late start, we set out each day to knock off some of the tourist items on our list: Gaudi architecture including Park Guell, Picasso Museum, and La Rambla. But, as it turns out, we seemed to get the most enjoyment out of other things: avoiding pickpocketers, feeding the pigeons, and eating Spanish food. I have a story for each of these.

It all started when our 10-year-old neighbor, Henry, warned us about pickpocketers. He is wise for his age, having just returned from Paris. The minute we landed in Barcelona, my kids were on high alert. They carried their backpacks backward so that they could hug them to their chests. They looked at everyone with deep suspicion and they insisted that I leave my purse in the room safe.

All was well until our last sightseeing day. We decided to take the subway to La Rambla because it was challenging to find a cab back that seats 5 people. When we sat down in our subway seat, we heard a scuffle near the subway door. One man seemed to threaten a group of three people (two men and a woman). He clutched the sleeve of one guy and made him empty his pockets. The woman had to hand over her purse. Would we be shaken down next?!

It was actually a plainclothes policeman who caught the band of pickpocketers. The shorter of the two men had apparently lifted the wallet from a Japanese man who got on the subway car right behind us. He must not have been adequately warned by a thoughtful neighbor boy because he had an open satchel where he kept his wallet. It was a little too close for comfort but thankfully as close as we got to being pickpocketed during our trip. 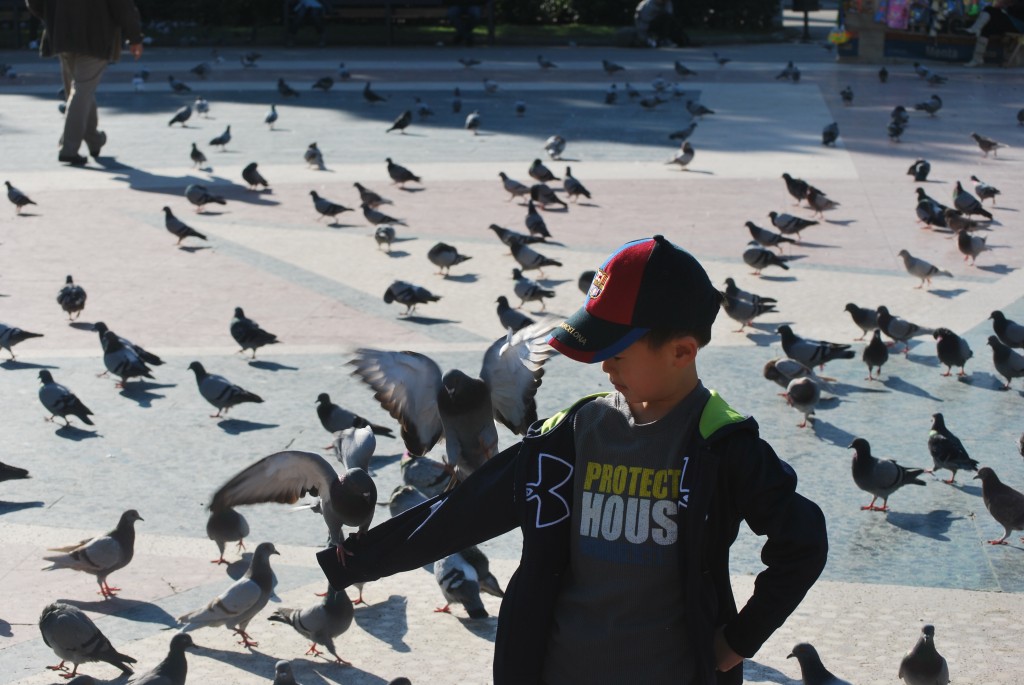 With all the sights in Barcelona to be seen, guess what my kids enjoyed the most so subsequently how we spent most of our time?! Yep, feeding pigeons near La Rambla where the pigeons would land on the feeder’s hands, arms and head as long as the breadcrumbs kept coming. My kids never tired of visiting the pigeons and got to the point where they could pick up the pigeons with their two hands around the bird’s body.

Our best meals featured local seafood. Though La Fonda del Port Olimpic would appear to be a tourist trap in the old Olympic Village, we had a spectacular meal. Les Quatre Gats got great reviews in our travel book but was very disappointing though conveniently near the Picasso Museum. It’s famous as a hangout for Picasso but it’s clearly past its prime. The service was downright rude and the menu is not child friendly. Overall, we had better luck with small snacks or tapas restaurants for lunch. We especially liked the area near the beach called La Barceloneta where we had a nice lunch outdoors basking in the sun. 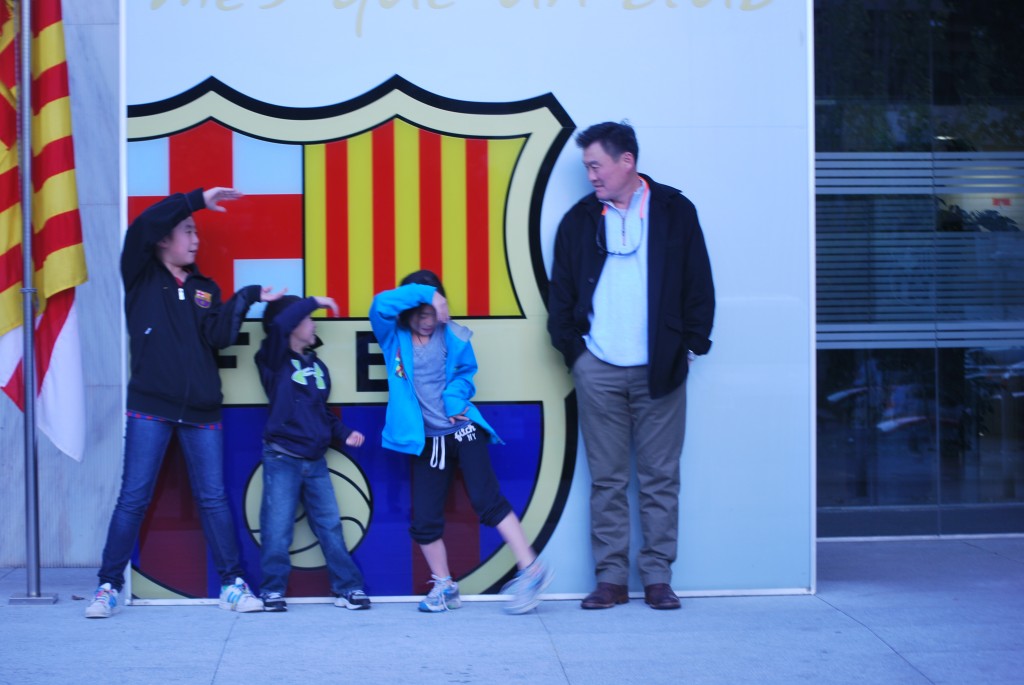 My children are huge fans of Lionel Messi, arguably the best soccer player in the world, but we weren’t able to glimpse him in person. The team flew out to Italy for a game shortly after we arrived. But on our return flight, we had to get to the airport very early and I noticed an unusual sight. Two young African boys — brothers — perhaps around 12 and 14 years old with 12 pieces of luggage between them. Four of the bags were new but the other eight pieces were not. All were stuffed to the gills. There was also an entourage helping them. An older sturdy Spanish woman who looked like a den mother and a younger Spanish man who dealt with getting special permission to check all their luggage. Barςa has an extensive farm team where boys are scouted throughout the world and brought back to live and train in Barcelona. Lionel Messi is one example.

Here’s another thing I noticed: the boys’ Barca jerseys were unusual. After spending 3 hours in the Barςa Official Superstore, I was very familiar with the merchandise. Their jerseys had an unusual zig zap off the back. It turns out that I was seated next to them for the flight. “¿Hablas Espanol?” they asked the flight attendant when she took drink orders. No, she spoke only English and German.

Suddenly, those years of Spanish kicked in from nowhere. “¿Jugo o aqua?” I asked the boys. They nodded happily. “¿Naranja o la manzana?” I was able to ask. I never did ask them if they played on the farm team for Barςa. We were all so tired from our 4 a.m. wake-up call and my Spanish just wasn’t flowing. But to continue my Spanish fantasy, these boys go one to play for Barςa where they become big stars like Iniestra, Dani Alves and Messi. And one day when my kids are seated next to them, they are able to talk to them IN SPANISH!

Overall, our first family trip to Europe was great and one that we are talking about repeating. For a family reunion vacation, I’d recommend a hotel closer to the La Rambla unless your extended family is as soccer crazy as mine. Barcelona is a gorgeous, clean, and manageable city, even if you don’t speak Catalonia or Spanish. The people are nice, there are lots of kid-friendly activities besides feeding pigeons, and the food is great. Just watch out for the pickpocketers! 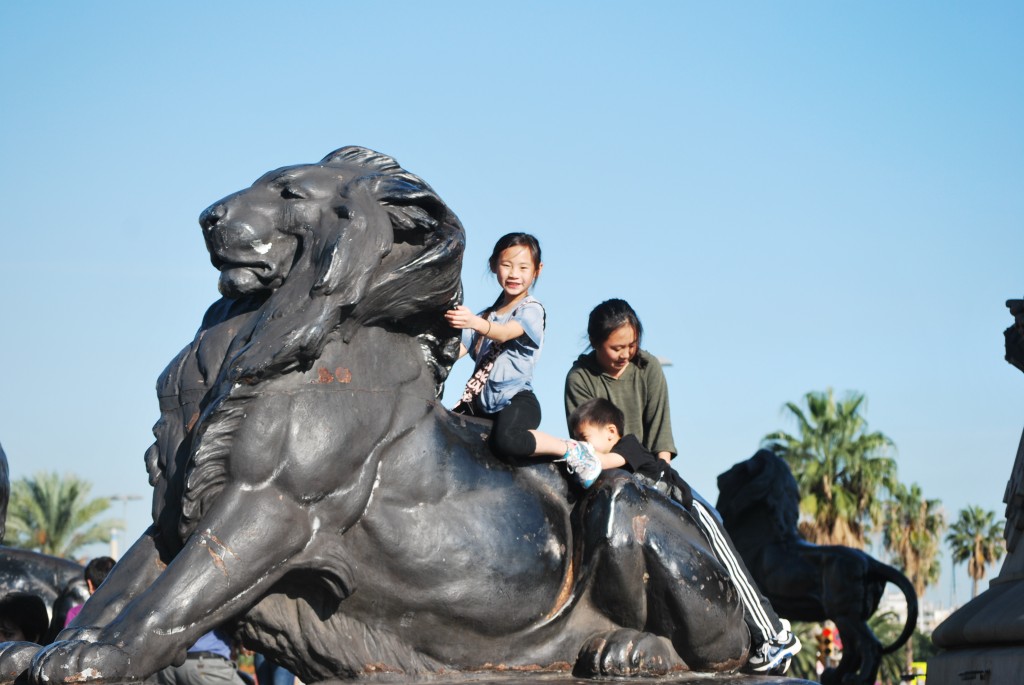 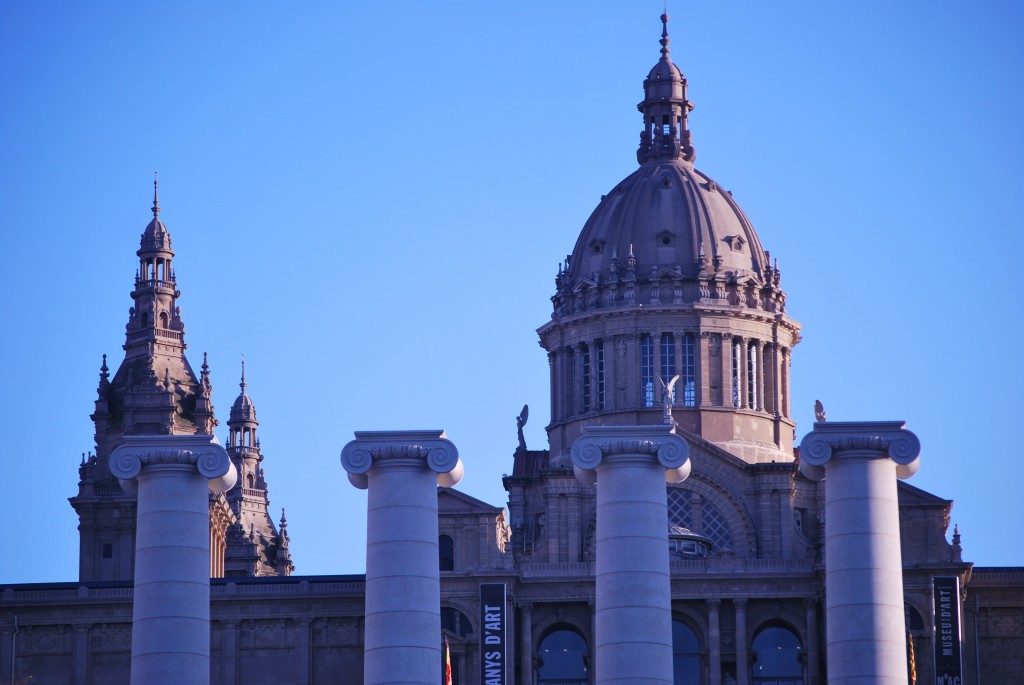 Books for Traveling to Barcelona

Gaudi: Architect of Imagination by Susan B. Katz, illustrated by Linda Schwalbe

Nature was Antoni Gaudi’s teacher and he noticed the curves all around him as he explored the countryside around him in Reus, Spain. His designs changed the face of Barcelona from homes such as Casa Vicens to Park Guell to La Sagrada Familia. No visit to Barcelona is complete without visiting his works! [picture book, ages 4 and up] 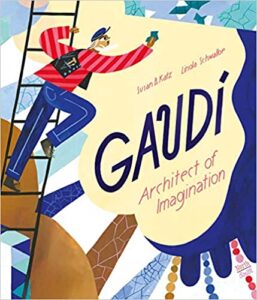 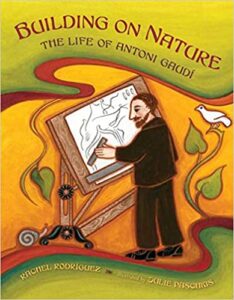 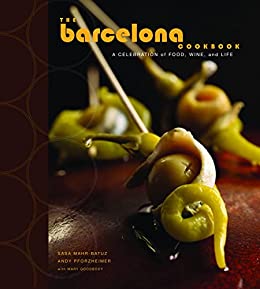 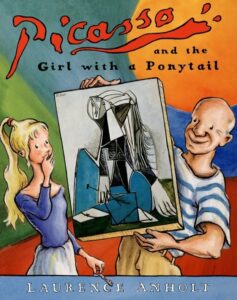