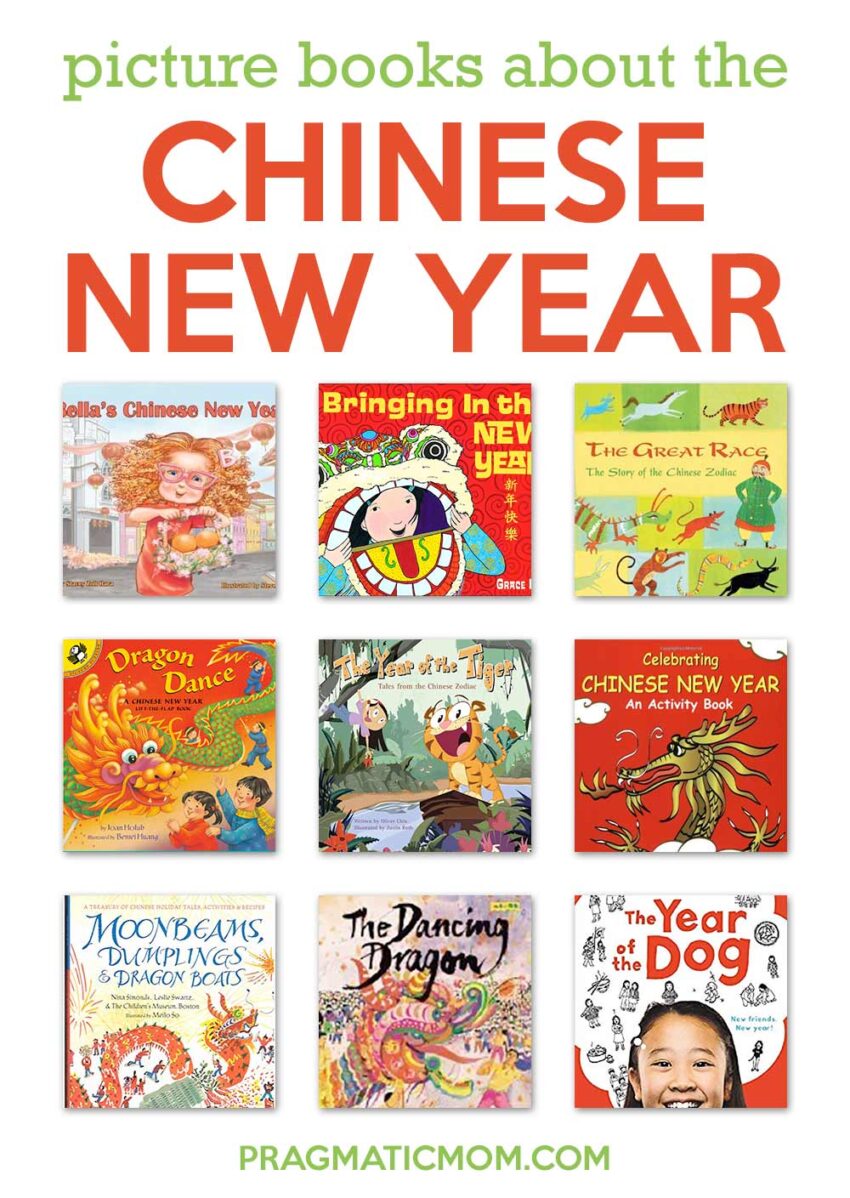 People born in the Year of the Snake are reputed to be thoughtful and wise and to approach problems rationally and logically, seldom instinctively. Such people are complex beings, they are clever and men of few words from their birth. Their business is always going well, but they are stingy very often. They are sometimes egoistic and conceited. However, they can be very active in their friends’ life. They are often too active, not believing in other people and relying only on themselves. Snakes are also very insightful and naturally intuitive. If anyone has a sixth sense, it’s those born in the Snake year. This is partly what makes them so mysterious. Snakes come in all varieties of colors and patterns. And maybe that’s why people born in the Snake year love to appreciate beauty. People with the Chinese zodiac snake sign are very stylish, fashionable, and have exceptional taste. from Hanban

People born under the Dragon are passionate, brave, and self-assured. At their best they are pioneering spirits; at their worst, they epitomize the old adage: Fools rush in where angels fear to tread. Dragons are generous with their resources, a tendency that at its most negative can reflect a foolhardy attitude towards money. But Dragons, in general, are blessed with good fortune. They are smart, enterprising, and have a wicked sense of humor. They have a natural flair for fashion and are the people to consult if you want to catch up on the latest trends.


Dragon years are lucky for anyone thinking of starting a business or initiating a new project of any sort because money is easier to come by for everyone, whether it’s earned, borrowed, or received as a gift. Consequently, we can expect the economic downturn to ease up a bit in the coming year. Fortunes can be made but they can also be lost: Keep in mind like all good things, the Year of the Dragon will come to an end and you will be held accountable for unreasonable extravagances.

Dragons do well in professions that give them the ability to function somewhat autonomously. They make excellent salespeople, publicists, political campaigners, lawyers, real estate brokers, actors, and politicians.

I have to confess that I had the most boring Chinese New Year picture book that I brought out each year to do a Chinese New Year event at my children’s preschools.  The actual art project was fine; I printed out these dragon masks and tongue depressor sticks and bought stick-on jewel stickers from Lakeshore Learning.  The kids used markers and it was amazing how beautiful and unique each mask turned out.  But then I’d read the story.  No matter how expressive I tried to read, it was a snoozer.  Even I was bored!

I’m not sure where I picked up that book or why I didn’t get a better one, but Chinese New Year would creep up on me every year (the day always changes!) and I never seemed to be prepared.  And, in fact, it’s just that I’m the token 50% Chinese Mom that I even do this because we did NOT grow up celebrating Chinese New Year’s. I think my parents were just too busy and my Japanese mother celebrated New Year’s on the first of the year as they do in Japan.

But, if I had a chance to do a “do-over,” I’d replace my boring book with one of these and I vow to get better ones into my house for my kids (which is why I posted on this for purely selfish reasons).

p.s. Here are instructions on how to make your own Chinese Gong, Chinese Zodiac animal cut-outs, and a chart to look up your Chinese Astrological sign from DariaMusic. 10. The Great Race: The Story of the Chinese Zodiac by Dawn Casey, illustrated by Anne Wilson

This is the story that explains the animal sequence of the Chinese Zodiac as well as why cats hate rats.  [picture book, ages 4 and up]

Introduce the customs of Chinese New Year including eating a celebratory dinner, receiving red envelopes, and watching a parade to the youngest readers with this festive lift-the-flap book. [lift the flap picture book, ages 2 and up]

8. The Year of the Tiger: Tales from the Chinese Zodiac by Oliver Chin

A quirky tale that is 2 parts The Lion King cub and 1 part kumbaya (can’t we all just get along?!). Chin takes the Chinese Zodiac traits of the Tiger and marries it into a story.   According to the Chinese Zodiac, tigers are brave, powerful and daring.  They get along with Horses and Dogs.   [picture book, ages 4 and up]

Celebrating Chinese New Year is a fun-filled craft, activity and resource book for the Chinese New Year. In addition to basic facts and history of the Chinese New Year, you can make a dragon parade, a paper lantern, and red lucky envelopes following simple directions and examples in this activity book. You will also have fun learning about your Chinese Zodiac signs. This classroom-tested copy-ready activity book is an excellent resource for parents and teachers with children ages 5 to 10. [activity book, ages 5 and up]

This brightly illustrated, large-format book introduces Chinese New Year and the Lantern Festival, Qing Ming and the Cold Foods Festival, the Dragon Boat Festival, and the Mid-Autumn Moon Festival. Each section explains the holiday, tells stories related to it, and offers at least one activity and one recipe. [picture book, ages 4 and up]

A rhyming story. A Chinese-American child describes the excitement, preparation, and festivities of the Chinese New Year, culminating in a parade that includes a magnificent dragon carried aloft on sticks. [picture book, ages 4 and up]

4. The Year of the Dog by Grace Lin

Dogs are loyal, affectionate, and generous.  They get along well with Tigers and Horses. [middle grade, ages 8 and up]

3. The Year of the Rat by Grace Lin

Rats are clever, ambitious, and quick-witted.  They get along well with Dragons and Monkeys. [middle grade, ages 8 and up]

2. The Year of the Boar and Jackie Robinson by Betty Bao Lord

Ten-year-old Bandit Wong emigrates to America in 1947 from China and assimilates into the Chinese-American Shirley Temple Wong. [middle grade, ages 8 and up]

1. This Next New Year by Janet S. Wong, illustrated by Yangsook Choi

A young boy looks forward to Chinese New Year – also known as the Lunar New Year, the day of the first new moon. It is a time of hope, and you don’t have to be Chinese to celebrate it! His best friend, Glenn, who is French and German, and his cousin Evelyn, part Hopi and part Mexican, like the food and the envelopes of money, while he celebrates the fresh start the day offers. He cleans the house to make room for luck, and is glad the palms of his hands itch – that means he is coming into money. Most of all, he vows not to say things such as “can’t do/don’t have / why me” because he has dreams he is ready to make come true. Janet S. Wong’s spare, lyrical couplets voice a child’s determination to face the new year with courage and optimism. Yangsook Choi captures the spirit of celebration in her vibrant, energetic pictures. [picture book, ages 2 and up]

I met Stacey on Twitter; it turns out we both like multicultural books. As we tweeted back and forth, I discovered she wrote a book herself. What I like about Bella’s Chinese New Year is that this is a Caucasian girl who lives in Singapore celebrating Chinese New Year at her school. The fact that Bella is a real person who does actually live in Singapore makes it even more fun. The only thing I wish I could change is the font. I hate the font. There are additional fun activities if you click on the author’s link. [picture book, ages 4-8]

Sam and the Lucky Money by Karen Chinn, illustrated by Cornelius Van Wright and Ying-Hwa Hu

Sam receives four bright red envelopes decorated with shiny gold emblems as part of the traditionalChinese New Year celebration, each containing a dollar. He accompanies his mother through Chinatown – and realizes that the “lucky money” won’t buy as much as he had hoped. His mood is further sobered after an encounter with a man he stumbles upon in the street. He nobly, though not surprisingly, concludes that his four dollars would be best spent on the barefoot stranger. Detailed descriptions of the sights and sounds of the Chinese New Year celebration build in contrast to Sam’s growing introspection, becoming even more dramatic and adding to the depth of the story.

Bringing in the New Year by Grace Lin

This exuberant story follows a Chinese American family as they prepare for the Lunar New Year. Each member of the family lends a hand as they sweep out the dust of the old year, hang decorations, and make dumplings. Then it’s time to put on new clothes and celebrate with family and friends. There will be fireworks and lion dancers, shining lanterns, and a great, long dragon parade to help bring in the Lunar New Year. And the dragon parade in our book is extra long–on a surprise fold-out page at the end of the story. Grace Lin’s artwork is a bright and gloriously patterned celebration in itself! And her story is tailor-made for reading aloud. [picture book, ages 3 and up]

To view any book more closely at Amazon, please click on image of book. As an Amazon Associate, I earn from qualifying purchases.