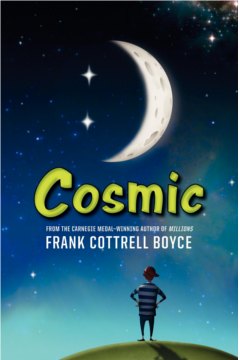 My middle child, and her entire third grade class it seems, loves Roald Dahl. She worked her way through most of his chapter books before moving on to new authors. There is something about quirky characters, children who are single parented or orphaned, and a seemingly impossible challenge that are central themes to any Dahl book.

These books that those qualities plus that je ne sais qois of a select group of unusual children who, as fate would have it, must find a way to somehow work together in order to do the impossible.

What are other books that remind you of Charlie and the Chocolate Factory or other Roald Dahl books? Please share!

The Candymakers by Wendy Mass

My other daughter and I thought this is her finest work to date, out of a body of work that is all outstanding. Picture Charlie and the Chocolate Factory but instead of an eccentric running the place, replace it with a kindly candy-making family including a young maimed son. Add in a candy invention competition open to 12- year-olds and usually won by the progeny of The Candymakers. That’s pressure. Then add in intrigue that weaves in from the past and out into the future. There’s a lot at stake, it turns out, including the future of the candy factory and only four kids working together can prevent this disaster! It’s a pageturner that is very satisfying!

I thought only Dahl could come up with a character like Liam — a boy who looks like a man and even can pull off dad-like behavior such that he manages to team up with a girl named Florida to win a spot to compete against three other father/child pairs to win a trip on a rocket ship to the moon. Of course, the three other father/child teams are as wacky and dysfunctional as the parents and children who won golden tickets in Charlie and the Chocolate Factory. It’s truly a delightful, fanciful-yet-realistic romp that is the epitome of Roald Dahl. Maybe Frank Cottrell Boyce is a medium who can channel dead authors. Or maybe he’s just an exceptionally gifted writer. You decide for yourself! I’m thinking … he’s Roald Dahl’s heir! Or brother from another mother? Something like that.

Stanley Will Probably Be Okay by Sally J. Pla

[Gramps] says, “I tell you, Stanley, I have been in the war, you know. The world can go crazy out there. People cope in different ways.”

That’s true. People do cope in different ways. Sometimes they desperately prepare, like Principal Coffin. Or they get kinda bitter and grumpy, like Gramps. Or they get mad, like Cal. Or they tune it out with work, like Mom. Or they find a good reason to leave, like Dad.

And then, there are much worse ways to cope. Dugs and drink and whatnot.

Stanley has started dreaded middle grade, but things aren’t right with his best, and only friend, Joon. To shore up their friendship, Stanley agrees to compete with him in a Trivia Quest scavenger hunt of San Diego’s landmarks in order to win tickets to Comic Fest. But when Joon ditches him for another friend, Stanley decides to enter anyway despite his sensory processing issues. His new homeschooled neighbor, Liberty, joins him as his partner. Together, they help each other out when they both need it most. Stanley discovers that his superpower might not be just his extensive knowledge of comics trivia. Perhaps there is a superhero inside him as well.

Sally J. Pla encourages readers to be more empathetic to those around them by gently exposing the stresses and anxieties that all of us carry around inside. [middle grade, ages 8 and up] 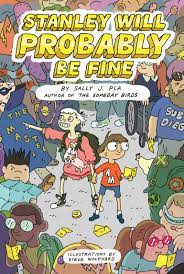 To view any book more closely at Amazon or Indie Bound, please click on image of book.

As an Amazon and Indie Bound Associate, I earn from qualifying purchases. 6 thoughts on “Chapter Books like Charlie and the Chocolate Factory”