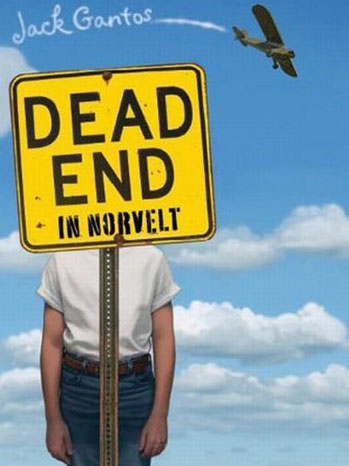 Newbery, Caldecott and Printz Winners of 2012

p.s. I also posted on the Silbert, Morris, Stonewall and Non-Fiction YALSA here.

Inside Out & Back Again by Thanhha Lai

A Ball for Daisy by Chris Raschka

Me … Jane illustrated and written by Patrick McDonnell

Where Things Come Back written by John Corey Whaley

Why We Broke Up written by Daniel Handler, art by Maira Kalman

The Returning written by Christine Hinwood

Tales for Very Picky Eaters written and illustrated by Josh Schneider, is the Geisel Award winner.

I Broke My Trunk written and illustrated by Mo Willems

I Want My Hat Back written and illustrated by Jon Klassen

See Me Run written and illustrated by Paul Meisel

Heart and Soul: The Story of America and African Americans by Kadir Nelson is the King Author Book winner.

The Great Migration: Journey to the North by Eloise Greenfield, illustrated by Jan Spivey Gilchrist

Underground: Finding the Light to Freedom by Shane W. Evans

Heart and Soul: The Story of America and African Americans by Kadir Nelson is the King Author Book winner.

Ashley Bryan is the winner of the Coretta Scott King – Virginia Hamilton Award for Lifetime achievement. The award, which pays tribute to the quality and magnitude of beloved children’s author Virginia Hamilton.

Storyteller, artist, author, poet and musician, Bryan created his first children’s book in first grade. He grew up in the Bronx and in 1962, he became the first African American to both write and illustrate a children’s book. After a successful teaching career, Bryan left academia to pursue creation of his own artwork. He has since garnered numerous awards for his significant and lasting literary contribution of poetry, spirituals and story.

The Jury chose not to award a book in the category for children ages 0 – 8 because no submissions were deemed worthy of the award.

Wonderstruck: A Novel in Words and Pictures written by Brian Selznick

Margaret A. Edwards Award for lifetime achievement in writing for young adults.

Susan Cooper is the 2012 Edwards Award winner. Her books include: The Dark Is Rising Sequence: “Over Sea, Under Stone”; “The Dark Is Rising”; “Greenwitch”; “The Grey King”; and “Silver on the Tree.”

One Batchelder Honor Book also was selected: “The Lily Pond,” written by Annika Thor, and translated by Linda Schenck.

“Diego Rivera: His World and Ours,” written and illustrated by Duncan Tonatiuh, is the Belpré Illustrator Award winner.

“The Cazuela that the Farm Maiden Stirred,” illustrated by Rafael López, written by Samantha R. Vamos.

Maximilian and the Mystery of the Guardian Angel: A Bilingual Lucha Libre Thrille by Xavier Garza

In Zanesville by Jo Ann Beard

The Lover’s Dictionary by David Levithan

The New Kids: Big Dreams and Brave Journeys at a High School for Immigrant Teens by Brooke Hauser

The Night Circus by Erin Morgenstern

Ready Player One by Ernest Cline

Salvage the Bones by Jesmyn Ward

The Scrapbook of Frankie Pratt: A Novel in Pictures by Caroline Preston

The Talk-Funny Girl by Roland Merullo

“Rotters,” produced Listening Library is the 2012 Odyssey Award winner. The book is written by Daniel Kraus and narrated by Kirby Heyborne.

“The Scorpio Races,”written by Maggie Stiefvater and narrated by Steve Westand and Fiona Hardingham