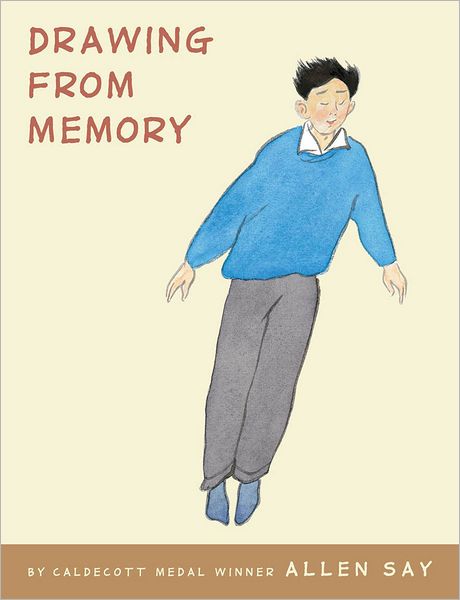 Here are the rest of the 2012 Children’s and Young Adult book awards…”The American Library Association (ALA) today announced the top books, video and audiobooks for children and young adults – including the Caldecott, Coretta Scott King, Newbery and Printz awards – at its Midwinter Meeting in Dallas.”

Balloons over Broadway:  The True Story of the Puppeteer of Macy’s Parade by Melissa Sweet

Drawing from Memory written and illustrated by Allen Say

Witches!: The Absolutely True Tale of Disaster in Salem written and illustrated by Rosalyn Schanzer

Putting Makeup on the Fat Boy by Bil Wright

a + e 4ever  drawn and written by Ilike Merey

with or without you by Brian Farrey

Where Things Come Back by John Corey Whaley

Girl of Fire and Thorns by Rae Carson

Between Shades of Gray by Ruta Sepetys

YALSA Award for Excellence in Nonfiction for Young Adults

Sugar Changed the World: A Story of Magic, Spice, Slavery, Freedom and Science by Marc Aronson and Marina Budhos

Bootleg: Murder, Moonshine, and the Lawless Years of Prohibition by Karen Blumenthal

Wheels of Change: How Women Rode the Bicycle to Freedom (With a Few Flat Tires Along the Way) by Sue Macy

Music Was It: Young Leonard Bernstein by Susan Goldman Rubin

4 thoughts on “More 2012 KidLit and YA Awards: Sibert, Stonewall, Morris and YALSA”