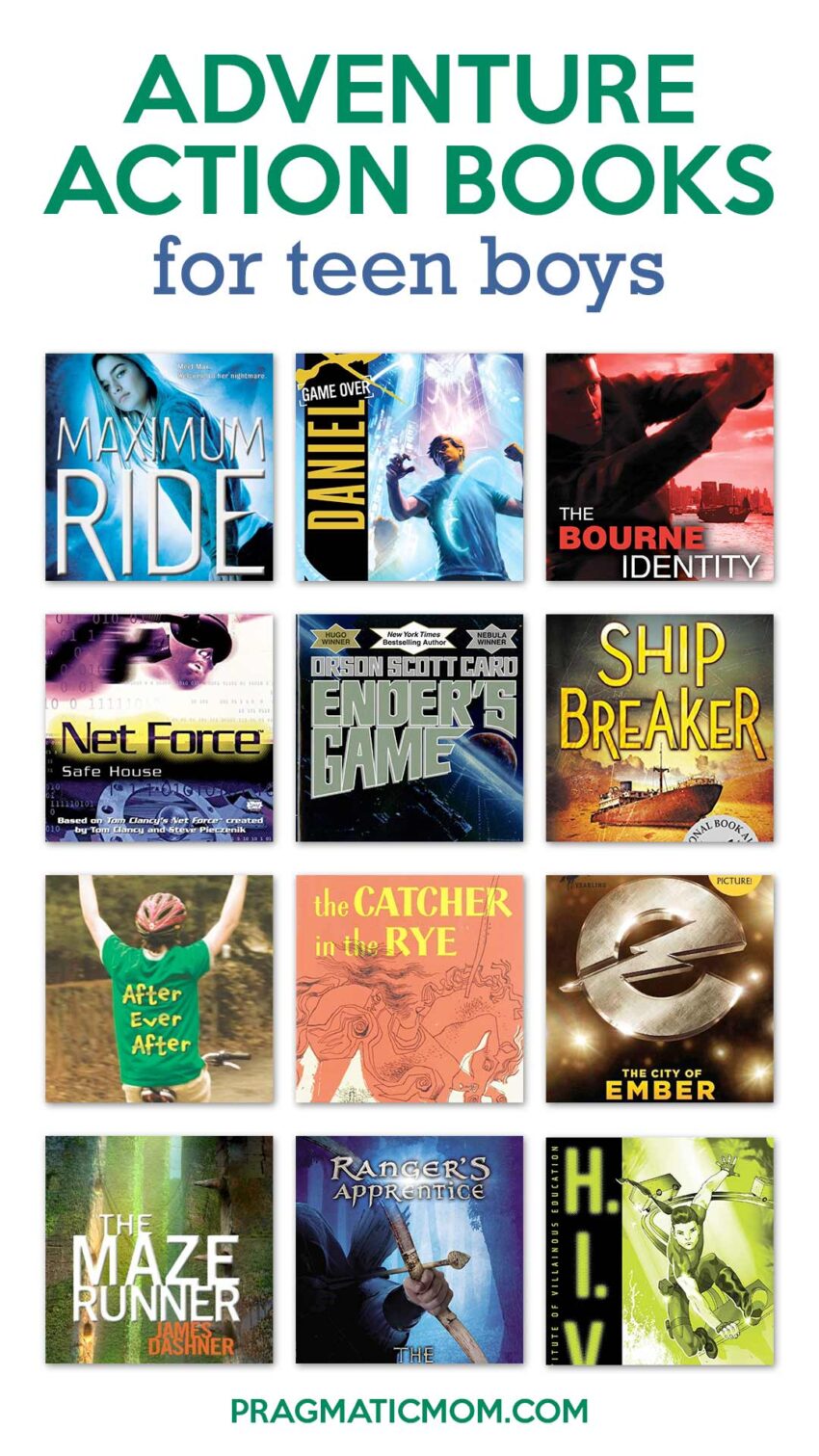 I love getting requests for book recommendations. Katie had tweeted a request for books for her godson, a 13-year-old avid reader. I had sent a few along, but, of course, if I had more information on what he liked, the list would be better. So I emailed her, and she replied:

Still interested in doing a post on my godson’s reading? I finally got a lot of good info from his mom about what he is reading & loving these days. I think this could be a good challenge!

He loved I am #4 and the power of Six as well as the Unwanteds.

Also just finished, SON OF NEPTUNE, Rick Riordan (a favorite author). Also just read something along the lines of Young Sherlock Holmes book, but probably not the most challenging.

Other books he has enjoyed are The Outsiders, True Grit.

His school English list includes Fahrenheit 451, so I’ve been thinking Chrysalids, 1984, Animal Farm might be good, assuming he likes this. What do you think?

They are also using Joseph Boyden’s Louis Riel & Gabriel DuMont from the Great Canadians series, which might spark a desire to read more by Boyden.

We would love to hear your recommendations!

And then I realized that, ugh!, I haven’t read many tween boy books as I read ahead for my 11-year-old daughter and my son is only 7. So, I called in the big guns for help. My Middle School Librarian Randy (who suggested the first three picks), my husband, The Fourth Musketeer, and Mom Friends with same-age boys. I also did a little research, and this is what we all came up with.

Thank you to everyone for the assist and PLEASE suggest more books so I can add them to the list.

James Patterson‘s Maximum Ride series. I read several of these myself and my oldest loves them. They are a fast, action-packed ride with a superpower fantasy element (hint: protagonists are the result of a hybrid secret science experiment so they are half birds and can fly. They are on the lam from this evil scientist who also has created half-wolfish humans who hunt them).

He also might love James Patterson’s Daniel X series but if I were to pick one series of his, I’d go with Maximum Ride.

When Daniel X discovers that a duo of evil extraterrestrials is plotting to control kids around the world through video games, he’s determined to take them both out of commission. This pair of wicked game masters wants to destroy the human race by turning brainwashed videogamers into an unstoppable army of doom! They’re also running an endangered species hunting club on the side, and their next target is none other than Daniel. He’ll have no choice but to turn to the aliens’ rebellious son who needs help to stand up to his malicious parents. But can Daniel trust the progeny of this treacherous twosome? Or will it be “Game Over” for the alien hunter?

Robert Ludlum’s Bourne series (adult) which have been made into Matt Damon Bourne movies.

Tom Clancy‘s Net Force series (there are both adult and YA titles in this series). I checked Amazon for the YA titles.

Ender’s Game series by Orson Scott Card. My husband loved this as a teen.

“A gritty, high-stakes adventure set in a futuristic world where oil is scarce, but loyalty is scarcer.

In America’s Gulf Coast region, grounded oil tankers are being broken down for parts by crews of young people. Nailer, a teenage boy, works for the light crew, scavenging for copper wiring just to make quota-and hopefully live to see another day. But when, by luck or by chance, he discovers an exquisite clipper ship beached during a recent hurricane, Nailer faces the most important decision of his life: Strip the ship for all it’s worth or rescue its lone survivor, a beautiful and wealthy girl who could lead him to a better life…

In this powerful novel, Paolo Bacigalupi delivers a thrilling, fast-paced adventure set in a vivid and raw, uncertain future.” [grades 7 and up]

This book won the Printz Award and it has a Hunger Games feel to it though I haven’t read it yet.

After Ever After by Jordan Sonnenblick

This would be my pick for realistic fiction. I read it and it’s both funny, poignant, and moving. It’s a tween coming-of-age story about two boys who are best friends and cancer survivors but the chemo treatments to “save” them have serious side effects that they live with every day.

I think I would wait for Animal Farm and 1984 until High School when your godson will be learning history to put Animal Farm into context. I think I’d go with The Catcher in the Rye and Lord of the Flies for “assigned-in-high-school” classics.

The first book gets rave reviews by all tweens that I know, but my oldest only liked the first two books because after that they go above ground and it’s like a prequel.

*James Dashner has been accused of sexual misconduct. The Guardian has a story.

“When Thomas wakes up in the lift, the only thing he can remember is his first name. His memory is blank. But he’s not alone. When the lift’s doors open, Thomas finds himself surrounded by kids who welcome him to the Glade—a large, open expanse surrounded by stone walls.

Just like Thomas, the Gladers don’t know why or how they got to the Glade. All they know is that every morning the stone doors to the maze that surrounds them have opened. Every night they’ve closed tight. And every 30 days a new boy has been delivered in the lift.

Thomas was expected. But the next day, a girl is sent up—the first girl to ever arrive in the Glade. And more surprising yet is the message she delivers.

Thomas might be more important than he could ever guess. If only he could unlock the dark secrets buried within his mind.” [grades 6-10].

This sounded right up his alley, though I haven’t read it.

Recommendations from The Fourth Musketeer.  She has a wonderful blog on children’s and young adult historical fiction is a librarian and has a son.

Hi, Mia, one series I’d recommend is The Ranger’s Apprentice, an action-adventure-fantasy series by Australian writer John Flanagan.  He’s just finished the series–there are eleven books in all so it can keep him busy for a while!

Finally, my really literate Mom Friend Lisa has recs based on having two boys:

Garth Nix: The Keys to the Kingdom series

P.B. Kerr: Children of the Lamp series (I really enjoyed reading the first one aloud several years ago)

I can’t say they’re all great or right for a 13-year-old, since [my boys] read a number of them in grade school.

Since I mentioned having enjoyed the Kerr book, I have to put in a good word for one of my favorite read-aloud, Treasure Island, by Stevenson. Long John Silver is one of the greatest, scariest characters I’ve come across in children’s literature.

Best Books for Tweens by a Middle School Boy