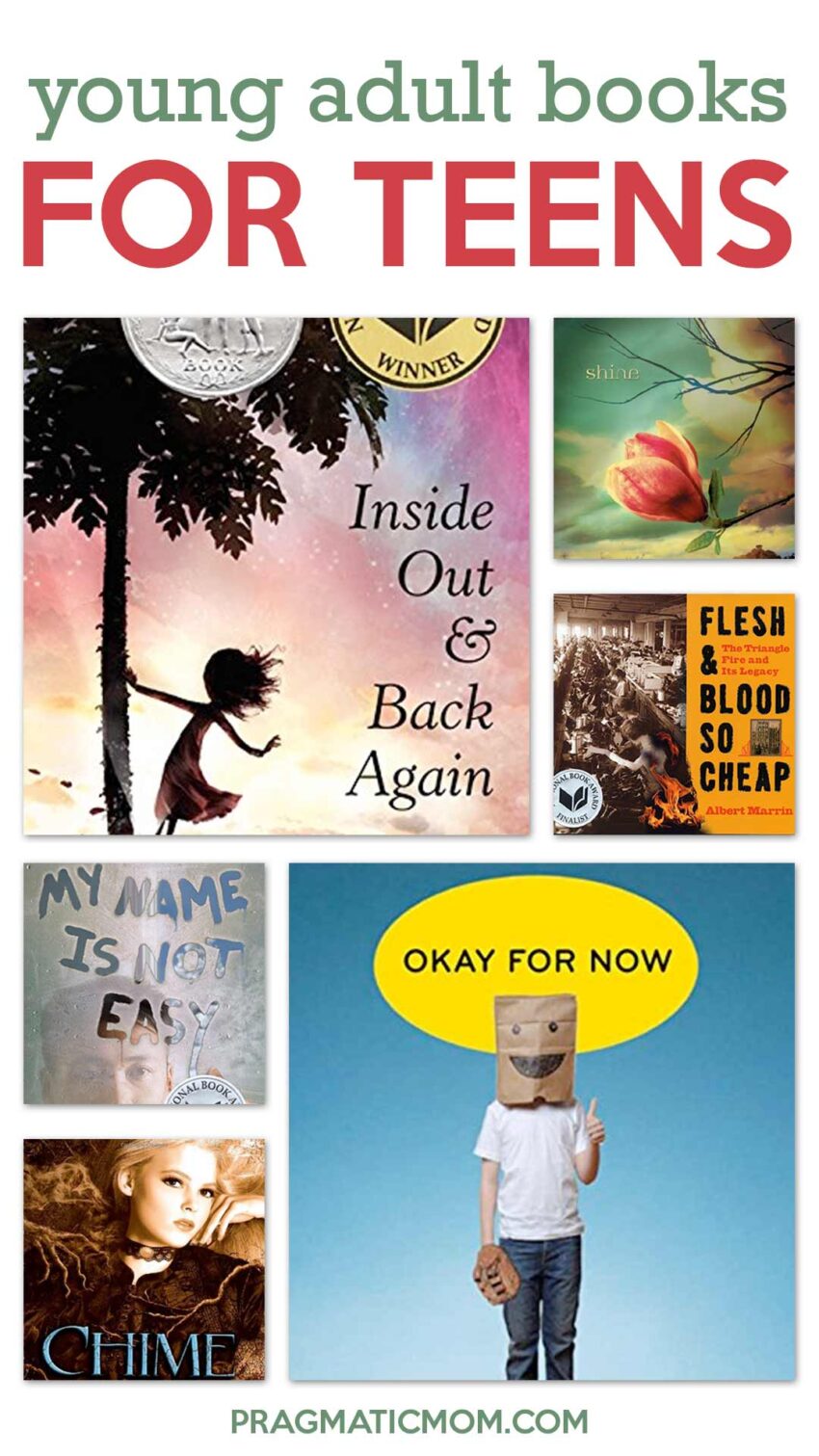 Best YA Books for Teens

What are the National Book Awards?

On March 16, 1950, publishers, editors, writers, and critics gathered at the Waldorf-Astoria Hotel in New York City to celebrate the first annual National Book Awards, an award given to writers by writers. The American Book Publisher’s Council, The Book Manufacturers’ Institute, and The American Booksellers’ Association jointly sponsored the Awards, bringing together the American literary community for the first time to honor the year’s best work in fiction, nonfiction, and poetry. As the Boston Herald reported the following day, “literary history was indeed in the making.”

Now, over a half-century since its inception, the National Book Awards continues to recognize the best of American literature, raising the cultural appreciation of great writing in the country while advancing the careers of both established and emerging writers like Richard Powers, Jonathan Franzen, and Lily Tuck.

Debby Dahl Edwardson, My Name Is Not Easy

My name is not easy. My name is hard like ocean ice grinding at the shore . . . Luke knows his IÃ±upiaq name is full of sounds white people can t say. So he leaves it behind when he and his brothers are sent to boarding school hundreds of miles away from their Arctic village. At Sacred Heart School, students Eskimo, Indian, White line up on different sides of the cafeteria like there s some kind of war going on. Here, speaking IÃ±upiaq or any native language is forbidden. And Father Mullen, whose fury is like a force of nature, is ready to slap down those who disobey. Luke struggles to survive at Sacred Heart. But he s not the only one. There s smart-aleck Amiq, a daring leader if he doesn’t self-destruct; Chickie, blond and freckled, a different kind of outsider; and small, quiet Junior, noticing everything and writing it all down. They each have their own story to tell. But once their separate stories come together, things at Sacred Heart School and the wider world will never be the same.

Thanhha Lai, Inside Out and Back Again

“Based on Lai’s personal experience, this first novel captures a child–refugee’s struggle with rare honesty. Written in accessible, short free-verse poems, Hà’s immediate narrative describes her mistakes—both humorous and heartbreaking; and readers will be moved by Hà’s sorrow as they recognize the anguish of being the outcast.” (Booklist (starred review) )

“American and Vietnamese characters alike leap to life through the voice and eyes of a ten–year–old girl—a protagonist so strong, loving, and vivid I longed to hand her a wedge of freshly cut papaya.” (Mitali Perkins, author of Bamboo People )

Albert Marrin, Flesh and Blood So Cheap: The Triangle Fire and Its Legacy

On March 25, 1911, the Triangle Shirtwaist Factory in New York City burst into flames.  The factory was crowded.  The doors were locked to ensure workers stay inside.  One hundred forty-six people—mostly women—perished; it was one of the most lethal workplace fires in American history until September 11, 2001. But the story of the fire is not the story of one accidental moment in time.  It is a story of immigration and hard work to make it in a new country, as Italians and Jews, and others traveled to America to find a better life.  It is the story of poor working conditions and greedy bosses, as garment workers discovered the endless sacrifices required to make ends meet.  It is the story of the unimaginable, but avoidable, disaster.  And it is the story of the unquenchable pride and activism of fearless immigrants and women who stood up to the business, got America on their side, and finally changed working conditions for our entire nation, initiating radical new laws we take for granted today. With Flesh and Blood So Cheap, Albert Marrin has crafted a gripping, nuanced, and poignant account of one of America’s defining tragedies.

When her best guy friend falls victim to a vicious hate crime, sixteen-year-old Cat sets out to discover who in her small town did it. Richly atmospheric, this daring mystery mines the secrets of a tightly knit Southern community and examines the strength of will it takes to go against everyone you know in the name of justice.

Against a backdrop of poverty, clannishness, drugs, and intolerance, Myracle has crafted a harrowing coming-of-age tale couched in a deeply intelligent mystery. Smart, fearless, and compassionate, this is an unforgettable work from a beloved author.

“Reproductions of Audubon plates introduce each chapter in this stealthily powerful, unexpectedly affirming story of discovering and rescuing one’s best self, despite family pressure to do otherwise.”—Booklist, starred review

Epilepsy in Children’s and YA Books & 3 Book GIVEAWAY!

Best Multicultural YA Books for Teens

Best YA Books for Boys But Why Aren’t There More?