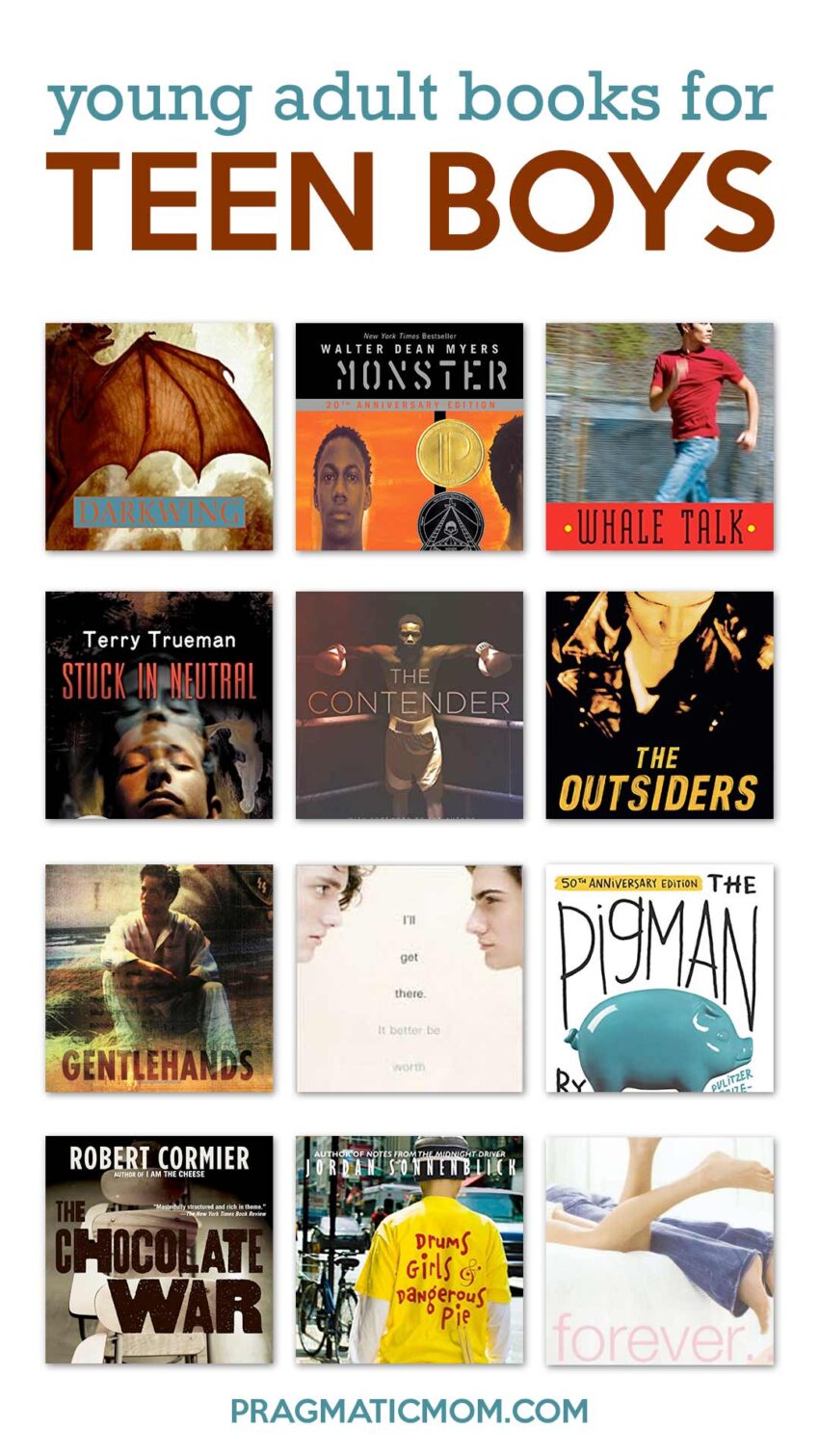 “At an American Library Association conference in 2007, HarperCollins dressed five of its male young adult authors in blue baseball jerseys with our names on the back and sent us up to bat in a panel entitled “In the Clubhouse.” We were meant to demystify to the overwhelmingly female audience the testosterone code that would get teenage boys reading. Whereas boys used to lag behind girls in reading in the early grades, statistics show, they soon caught up. Not anymore.

We guys had mixed feelings about the game plan: boys’ aversion to reading, let alone to novels, has been worsening for years. But while this certainly posed a problem for us male writers, we felt that we were being treated as a sideshow.

And so we turned from men into boys. Though we ranged in age and style from then 30-­something Kenneth Oppel, a writer of fantasies about ancient beasts (Darkwing)

to Walter Dean Myers, the 70-­something master of street novels (Monster),

along with Chris Crutcher (Whale Talk)

and Terry Trueman (Stuck in Neutral),

we easily slipped into a cohesive pack. We became stereotypes, smart-aleck teammates — and we were very much on the defensive. It was Us vs. Them.”

NY Times article, Boys and Reading: Is There Any Hope? by Robert Lipsyte, August 19, 2011

“Many early Y.A. writers were women who wrote well about both genders, like the queen of coming-­of-­age lit, Judy Blume (“Forever”).

Others wrote under the guise of asexual initials: S. E. Hinton (“The Outsiders”) and M. E. Kerr (“Gentlehands”).

The better male writers also wrote about both boys and girls: John Donovan (I’ll Get There. It Better Be Worth the Trip), Paul Zindel (The Pigman) and Robert Cormier, my hero in the field and author of the 1974 classic, The Chocolate War.

To me, that book exemplifies what’s currently missing: here was a tale of fascistic adults and teenage bullying at Catholic boys high school, and, controversially and crucially, it lacked a redemptive resolution, one of Cormier’s trademarks.”

What do you think is the reason why boys don’t read as much? Do you think YA (Young Adult) books skew overwhelmingly to girls? What YA books would you recommend for boys?

Best Multicultural YA Books for Teens

Best Books For Teens Who Read 2 to 3 Grades Below

6 thoughts on “Best YA Books for Boys But Why Aren’t There More?”