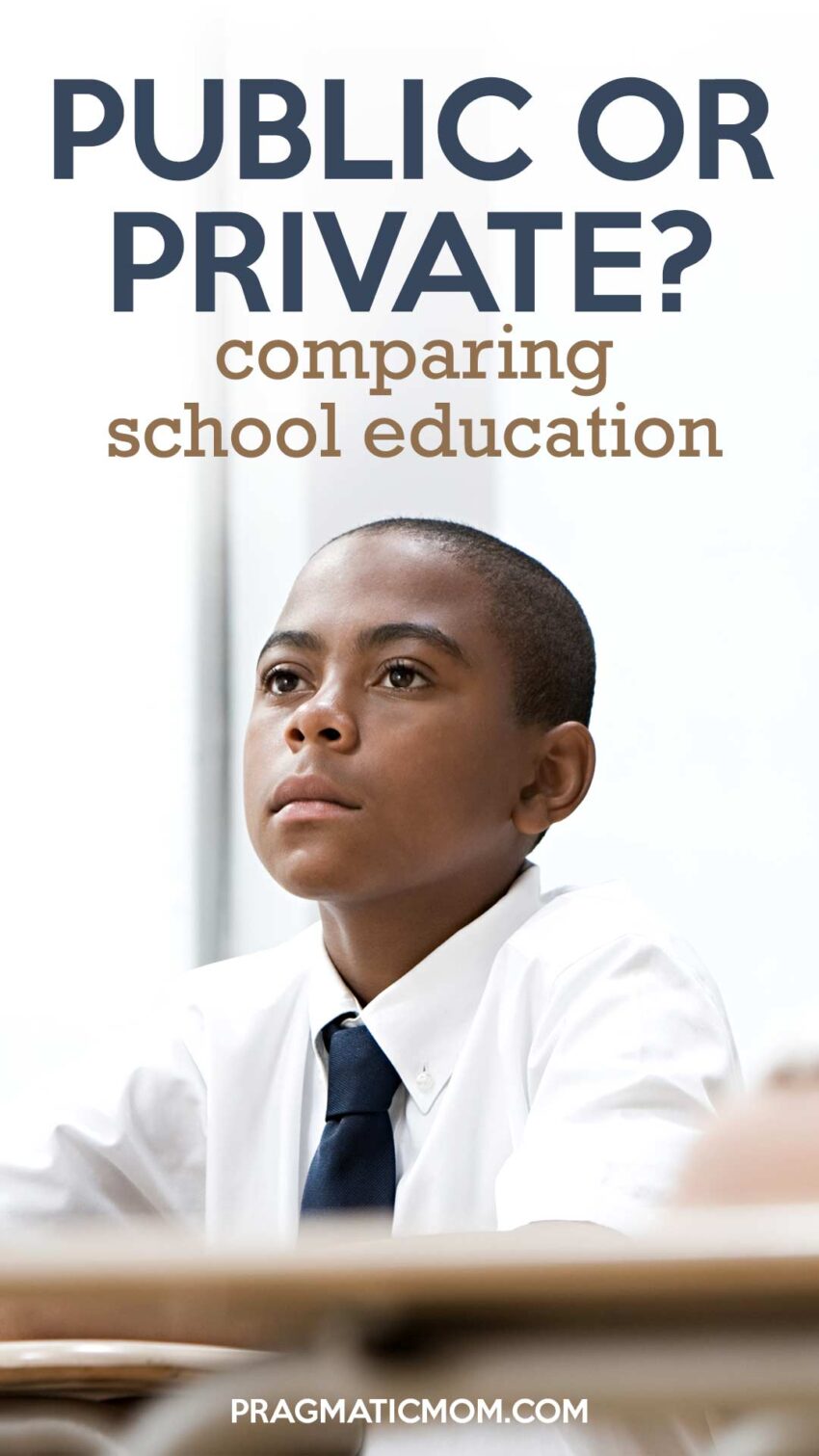 I attended an Ivy League college and my recollection, confirmed by others with a similar mediocre high school experience as mine, is that:

— It took me two years to catch up with classmates who went to good high schools.

The breadth of classes.  My friend from the Catholic High School was envious of a kid from Palo Alto High School (a great public high school) who had Asian History at her school.  I couldn’t believe that my friend from Stuyvesant High School (a magnet school in NYC that routinely sends two dozen kids to Harvard) had economics; micro AND macro!  And my freshman dorm pre-med friend who studied with the nuns in Cleveland really learned how to think, as in problem-solving.  He tested into the advanced pre-med chemistry class.  I did not; at my high school, it was more about regurgitation than really understanding how to apply your knowledge…and no AP Chem class either!

I remember bitterly complaining with other like-kind kids and vowing that my kids will never have to play catch up when they go to college!  So my advice would be not so much public or private but how good is the school?

A great public school can outperform a mediocre private school.  There is a list below from the Wall Street Journal about which schools successfully send the most kids off to top schools but if these schools are not an option, dig deep to find out:  1) Is there a study aboard program?  2) How many honor and AP classes are offered?  Look for a wide range of class offerings.  3) How many kids are fluent in one or more foreign languages?  What does the curriculum include?  Language labs?  Small class size?  Native speakers as instructors?  4) What are examples of kids being taught to problem solve versus regurgitating?  5) Finally, where the pedal hits the medal … what is your college placement record?  And the corollary, are you double counting the smart kids that got into multiple top colleges?  What schools are the kids actually ATTENDING?

OK, maybe college placement is getting a little ahead of ourselves.  I do think that it’s not necessarily Ivy League or Bust, but more about the right fit.  The same goes for public versus private school.

My O.B. who lives in the same city as me but at a different elementary school puts public education into perspective.  She describes her oldest daughter as smart but not a genius, social to a fault, not academically inclined without being pushed, and not disruptive.  In short, to a teacher with 20 plus students, she’s invisible.  Couple that with two working parents who don’t have the time to be omnipresent volunteers at school meant that her daughter was getting no attention.  She switched to private school by 2nd grade (but she was glad to have 3 years of free public education).  When her daughter got interested in boys, she switched her again to an all-girl school.  In contrast, she says two other doctors at her practice also attend the same elementary school and are having a great experience.  But the kicker…her partners have spouses that are stay-at-home moms and volunteer like crazy at their school.

My experience at public elementary school has been mixed and entirely dependent on the luck of the draw.  My middle daughter is having an amazing experience.  My oldest has had great years, medium years, and one god-awful year which, luckily, is not this year.  All in all, public school, with or without volunteering like crazy, has been a pretty good experience.

But, as middle school approaches, our parental anxieties start to heighten.  To be an informed consumer, I started to research private schools in our areas and, more importantly, studies on how children perform in public versus private school settings.  I found some very interesting and surprising results!

Dan Lee, co-founder of Solomon Admissions, notes that another factor leading to these results may be attributed to the higher density of students applying to top colleges from a private versus a public high school, leading to an oversaturation of applicants from the same high school, which impacts admission results. Lee says that if a student has the aptitude to be the big fish in a big pond at an elite private high school or boarding school, then they should attend. But if a student is like 99 per cent of students who don’t have the aptitude to get all ‘A’s at a top high school like Horace Mann School or a Choate Rosemary Hall, then that student is much better off being the big fish in a small pond at a lesser known school.

But this is contradicted by a NAEP Study:

However, according to Science Daily:  Public Schools Outperform Private Schools in Math Instruction

According to a University of Illinois study:  students in public schools learn as much or more math between kindergarten and fifth grade as similar students in private schools.  In their previous 2005 study, they found that public school students tested higher in math than their private school peers from similar social and economic backgrounds.  Their conclusion:   “school type alone doesn’t explain very much of why these scores vary … in truth, whether the school is public or private doesn’t seem to make that much difference.”

Here’s a balanced article:  Public Versus Private.  Which is Right for Your Child?

Not that this is necessarily the end goal, but here’s an interesting article by the Wall Street Journal on How To Get Into Harvard.

Our conclusion, though by no means complete, goes something like this:  it is going to cost about $105k to put one child through private middle school.  If that money gets parked in their 529B college fund, it will (hopefully) increase to equal about 2 years of graduate school.  So…wouldn’t it be more impactful on their lives to have graduate school paid for so they are not in debt?  Wouldn’t that be worth going to public middle school?  That is the million, or rather $105k, question we currently ponder.

8 thoughts on “Public or Private School? What is Better?”