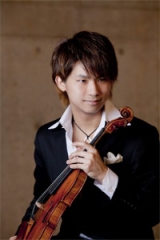 A lot of Mom and Dad friends sent me the link to the Wall Street Journal article and video so I am going to attempt to speak for my “kind.”

First of all, I can totally relate to this article.  My father was from mainland China and came over before the Communist takeover.  He scored crazy high on standardized tests in China which allowed him to attend the best Chinese University and become a math professor.  He then fudged his age and came to the U. S. to study for his Ph.D. at U.C.L.A. on a government-funded scholarship.

But here’s where he took a crazy left turn:  he married my mother who is JAPANESE!

So, I was raised along with my older brother and younger sister, very Asian but half Japanese and half Chinese.  This is a very usual mix back in the day because the Chinese hate the Japanese (bad blood due to raping and pillaging).  What’s more, I married a Korean national. Do two lefts make a right?  (And, to be fair, my husband is technically a Korean national but he came over at a young age and could not be more Americanized!  He was the captain of his high school soccer and golf team, for god’s sake!).

And yet, I chuckle, albeit a bit painfully, as I read the list of the author’s never allowed to do’s in the article, with my list next to hers:

The reason why Chinese (and Asian for that matter) parents did not encourage drama for their children is that NO MATTER HOW HARD YOU, THEIR CHILD, WORKED AT IT, WE WERE NEVER GOING TO SUCCEED.  When I was a kid during the ’70s and ’80s there were NEVER any Asians on TV.  They were not in commercials.  They were not on TV shows.  If my parents ever saw an Asian on TV, they would comment on it because it was so unusual.  There was Connie Chung, the newscaster.  There was once a SitCom that portrayed Asians in a stereotypical way.  My parents weren’t offended and we watched it, but it didn’t last more than a few episodes.

Asians value education and hard work because it’s a formula that works.  It worked in the old country, especially in China where high-paying government jobs were awarded based on test scores. Thousands of years of Confucian thinking also have ingrained a cultural mindset of filial piety, education, and hard work.  And this is why the formula works:  Due to limited resources, your parents sacrifice everything for you, therefore they are not set up for retirement.  You are their retirement plan.  If you don’t succeed, they are sh*t out of luck.  That ain’t good for nobody!  Thus the pressure to succeed because your success enables the entire family to rise above their current standard of living.

When Asians came to the U.S. as immigrants, they stuck to this formula and steered their kids towards professions that were less subjective therefore less prone to prejudice: doctors, scientists, and engineers.  If you were too squeamish at the sight of blood, your parent would mentally cross of the doctor and switch it to engineer. It’s not that Asians do not support careers in the Arts or appreciate the Arts — they love classical violin and piano — but NOT AS A PROFESSION.  They don’t think their children would be able to succeed in the Arts, particularly as actors.

This was my cultural reality and the reality of most Asian kids that I knew, but there’s a flip side to everything.  Are Chinese Mothers Superior? That is a mighty aggressive headline, first of all.  Very un-Asian-like. This extreme style of parenting correlates to 1) standard of living for parents (lower = stricter), 2) recency of immigration (more recent = stricter), 3) stay at home parent vs 2 working parent (stay at home = stricter), and 4) insanity of parents (more insane = stricter).

I would hazard to say that Asian parenting is different not superior. (But maybe that my half-Japanese side coming out. The Japanese value harmonious relations.  And compared to the Chinese, they don’t brag about their kids.  It’s considered bad form.) But some things are universal truths and realities for Asian children:

But is this idea of hard work and emphasis on education so different from other new immigrants from other countries? I would say no. Really.  And, as the Chinese and other Asians settle in, successive generations soften this hard line of parenting. I am a good example.  3rd generation on my mother’s side, 2nd generation on my father’s side, I am a slacker Asian parent compared to any Asian parent I know, particularly a recent immigrant.  The reality is that when you come over, there’s no safety net but as each generation succeeds, it paves the way for the next to take greater risks including … an acting career!

In conclusion, here’s an interesting older post of mine that shows the grass is always greener.  The newest hottest parenting book in China is about listening to your child which is much more similar to parenting in America!  Read the post here. It’s another article from the Wall Street Journal.

Also, you might like Gifted Children Just as Likely to Fail. In this article, extreme “pressure” parenting backfires if children are not allowed to develop social skills (because they are studying and practicing so much!)

For the article, Wall Street Journal Article:  Why Chinese Mothers Are Superior

For the video, Video follow up on WSJ article.

Here’s my second post on this topic:  Why Chinese Mothers Are Superior (!or?) WSJ, Take2

What is your reaction to this article?  Please leave a comment!

p.s.  The image is of Fumiaki Miura, the First Prize Winner of the Hannover International Violin-Competition 2009. For a violin child prodigy, not so nerdy, huh?!

p.p.s.  My flute teacher showed me this article and her high school student was there for her lesson. She’s Asian and, I believe, Chinese.  The students take,  “The article is crazy.  My parents aren’t this way … but it’s true when I got a 95% once, they asked why wasn’t it a 100%?”  And this student is ranked as the number 1 flute player in the state.  Coincidence?!

14 thoughts on “Why Chinese Mothers Are Superior(!or?) WSJ; My Take (I’m Asian)”