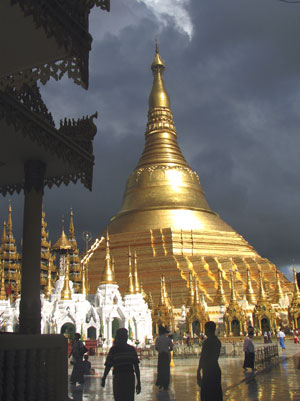 Burma or Myanmar for Kids Though Books and Activities

Why Burma? A trio of serendipitous events collided:

And that is all it took.  Plus me realizing that I knew nothing about Burma, to the point that I didn’t fully realize that Myanmar is Burma.  Such is Teach Me Tuesday … I teach myself (that’s the Teach Me part) and then I share what I hope is also interesting to others.  I’m not sure if I would feel safe traveling to Burma now with my family so this is my way to armchair travel — through children’s literature, food, photo essays,  and the briefest pit stop into history.  I hope you enjoy the trip.  And please share in the comments section any experiences you have had in Burma.  And if you have more children’s book suggestions, please share!

The challenge for this Burma post was finding picture books and middle grade or YA books on Burma.  My Burmese Mom Friend had asked her children’s librarian friend to help with this search but all of us came up with zippo.  So I started to dig deeper on the web and came up with a really interesting not-for-profit project created by refugee children from Burma and benefiting the Burma Cyclone Relief Fund called My Beautiful Myanmar.  The drawings and stories are created entirely by refugee children about why they left Myanmar, what their lives are like in Malaysia, and what their hopes and dreams are.  100% of the proceeds go to the Burma Cyclone Relief Fund.  Here’s an interesting way to teach your children about a different country and do good at the same time! The next book I found was by Mitali Perkins, an author from my town, who is lovely and talented.  This YA book gets rave reviews:

And here’s the plot summary:

“Chiko isn’t a fighter by nature. He’s a book-loving Burmese boy whose father, a doctor, is in prison for resisting the government. Tu Reh, on the other hand, wants to fight for freedom after watching Burmese soldiers destroy his Karenni family’s home and bamboo fields.Timidity becomes courage and anger becomes compassion as each boy is changed by unlikely friendships formed under extreme circumstances.This coming-of-age novel  takes place against the political and military backdrop of modern-day Burma. Narrated by two fifteen-year-old boys on opposing sides of the conflict between the Burmese government and the Karenni, one of the many ethnic minorities in Burma, Bamboo People explores the nature of violence, power, and prejudice.” From Mitali Perkin’s Website.
I found this event on Paper Tigers Blog (I subscribe): Global Read of Bamboo People by Mitali Perkins

You are invited to join us for a discussion of the young adult novel, Bamboo People, by Mitali Perkins — a compelling coming-of-age story about child soldiers in modern Burma. The online discussion forum will begin tomorrow – Wednesday, January 12th. Then join the author for a live chat on January 19th.

Register online here (registration is free but participants are responsible for obtaining their own copy of the book). All are welcome – teachers, students, parents, and anyone interested in global issues!

Finally, “a picture speaks a thousand words” in this photo essay book built around a single letter of correspondence to a young soldier (and would be interesting paired with Bamboo People for middle grade or older):

The book is built around a single letter of correspondence sent to Chao in 1997 by Aye Saung. The brief letter relays news of a friend’s death, a fighter’s struggle, and a movement’s dreams and setbacks. While the letter and accompanying portraits are specific to Burma in 1997, the themes found in Letter from P.L.F. are universal, making this an artists’ book of the highest order.

Letter from two of the guerilla fighters: “Hallo! Dear Naing Naing, I am so sorry for not writing you earlier. Do you remember Myint Zaw, General Secretary of D.A.B.? He died in March of sickness. All the place you had been with us in Hteekabalae are fallen into the enemy’s hand. I was in the area when the enemy approached. I sent my men to the front and have to leave quickly. I was told by my men to leave they don’t let me know because they didn’t want me to worry.”

This book shows us a region in constant turmoil, whose people have been at war with themselves for generations, where violence and death, nevertheless, provide a backdrop to what is still a golden land.

I have heard people speak of the beauty of Burma and when I found these photos I was really quite stunned by their beauty.

These photos are from Molon Gallery in Burma Burma has one of the most eclectic cultural mixes in all of Asia. This began with the migration of three groups, the Mons from present-day Cambodia, the Mongol Burmans from the Himalayas and the Thais from northern Thailand. The territory that is now Burma, was first united under King Anawratha in present day Bagan. However, this unification was short lived and it took 250 years before Burma was reunified in the mid-16th Century under a series of Taungoo kings.  Since then, and even now, Burma’s history has been troubled and violent.

If that was too dreary for you, let us leave on an upbeat note.  Here’s that Burmese Noodle Dish that everyone raved about.  The Mom Friend who made it says that it’s a favorite family meal for them because everyone can customize their own which is especially great for children!

Ohno Khaw Swe (Burmese Noodles with Coconut Sauce) by Jenny Tun-Aung
Ingredients:
Condiments to serve on the side:
Cut up chicken to about one-inch cubes or desired size and marinade with Turmeric and Paprika, some fish sauce, garlic powder or diced garlic. Heat the ready-made chicken broth, or make chicken stock. In a cup, add gram flour with some water to mix well and add to soup stock, stirring occasionally. Add chunks of onions (makes soup thicker and sweeter), let onions cook/soften.  Then add the coconut milk and keep slowly simmering to cook all the ingredients and thicken a bit. Heat oil in another pan while the soup is simmering. In small cup, mix turmeric, paprika and a tiny amount of either water or the soup to form a bit of paste. Put this into the heated oil and immediately add the marinated chicken and cook until meat is done. Chicken should have a nice color and flavor from spices. Add the cooked chicken into the simmering stock and coconut milk pot. Continue simmering and keep stirring occasionally on low heat. Cream of Chicken can be added if you want to make the sauce a little thicker. Cook noodles. Put noodles in bowls, add sauce, add the sides (where people add their choices of condiments to their own taste – I like little bit of sauce, lots of sour and spicy! Others like it a more like soup with more sauce. Whatever you like!).You can cook it ahead of time and keep simmered until ready or heat it up when ready to serve.
ENJOY! HAVE SECONDS. FREEZE THE EXTRA SAUCE.
Burmese Crunchy Cucumber Salad (by Tun Aung)
Ingredients:
Marinate the sliced cucumbers with sea salt (be generous, some of the salt will drain out with the liquid in next step). Put in colander and press down with a heavy weight for at least half a day or overnight. The salt will soak in and drain the water from cucumber. Drain (squeeze out) excess liquid from cucumber.  You can simply squish with your hands over the sink or put into a tea towel or cheesecloth and squeeze.  Mix with the above rest of the ingredients. Top with sesame and/or crispy fried onions and add to taste.The good thing about this recipe is that you can make most of it ahead of time.
Bon Appetit!

6 thoughts on “Burma (Myanmar) for Kids: Books and Culture”