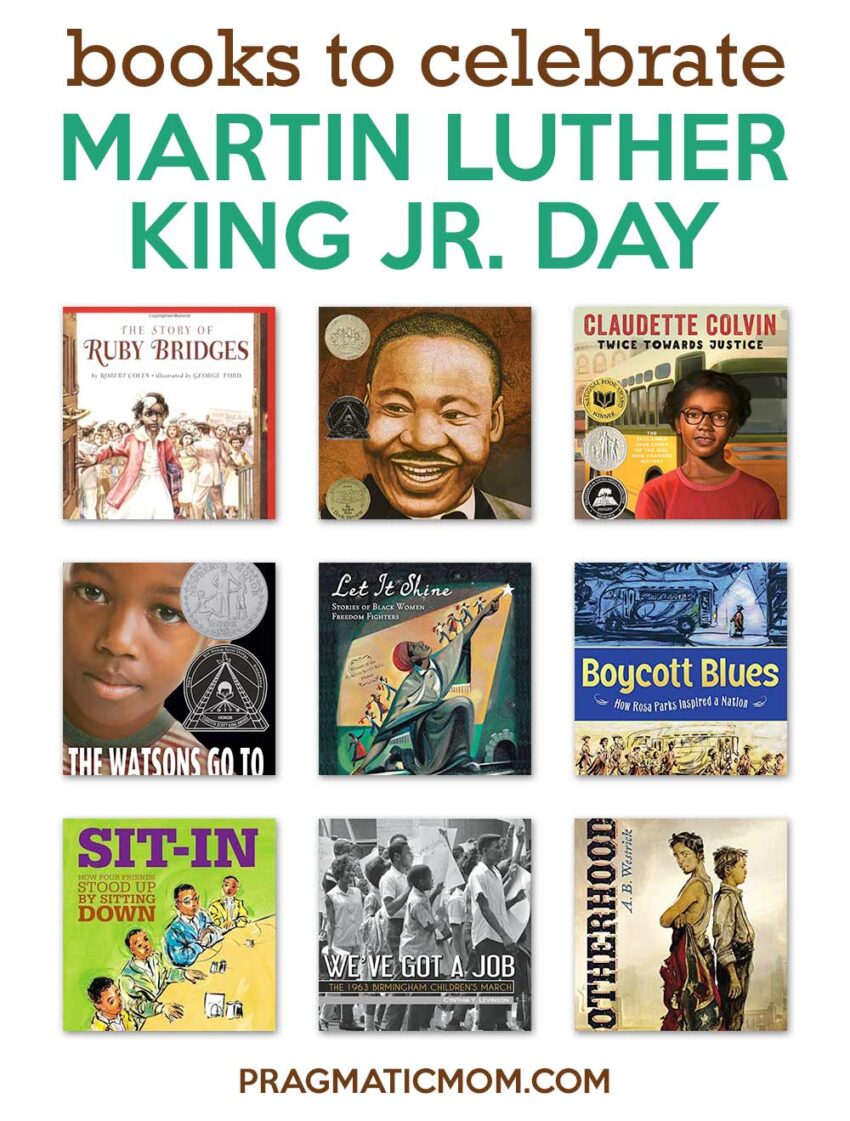 My youngest, who was then just 3 and in preschool, came home one day talking about an upcoming holiday celebrating a king.  “Elvis?”, we wondered.  “There is no king in the United States!” we said.  Still, he insisted so we continued to probe.  “It’s his birthday,” my son said, “so I don’t go back to school for three sleep and wake-ups.”  Oh!!!  We suddenly understood:  he was talking about Martin Luther King, Jr.!!

As a child born in the mid-’60s, I benefited greatly from the work and sacrifices that Martin Luther King, Jr. did — even as an Asian American.  There were scarcely any people of color at Ivy League colleges until the 70’s when the gates were opened up.  And yet, being so young during the tumultuous years of protest, I had no clue what was happening, and growing up, the civil rights movement was such a work in progress that it was not taught in-depth at school.

So it’s only now, as I learn alongside my children that I start to get a sense of what exactly happened during the civil rights movement and truly, what a great man of historic proportions Martin Luther King, Jr. is.  And, like a puzzle coming together, I am only just now able to connect the dots to see how Dr. Martin Luther King inspired everyday people to do extraordinary things.

This multi-award winning book somehow manages to put the power of Martin Luther King Junior’s words into a format that is accessible to kids as young as preschoolers while simultaneously telling the story of the Civil Rights Movement in an accessible way.   A must-read!  [picture book, ages 4 and up]

This was what Martin Luther King, Jr. was up against (Young Adult Non-Fiction YALSA Award Short List) …

They Called Themselves the KKK: The Birth of an American Terrorist Group by Susan Campbell Bartoletti

Bartoletti provides readers with an in-depth look at the formation of the KKK and its subsequent evolution into a violent organization. With primary source material, she details the horrific history of the Ku Klux Klan and the people who fell victim to its reign of terror. [young adult, ages 12 and up]

Spies of Mississippi: The True Story of the Spy Network that Tried to Destroy the Civil Rights Movement by Rick Bowers

In 1958, the state of Mississippi began an undercover operation, The Sovereignty Commission, to spy on and potentially squelch the Civil Rights movement. Bowers’ expose of this unknown organization reveals the extent to which some were willing to go to see segregation remain the law of the state. [young adult, ages 12 and up]

Rosa Parks: Not Giving In (The Time Traveler’s Adventure) by James Collins

An audio interactive book with CD that tells the story of Rosa Parks as a time travel adventure in which students go back in time and sit on the bus with Rosa Parks on that fateful day in December of 1955. [picture book, ages 6 and up]

When Ruby Bridges was 6-years-old, she was the only African American student to attend a newly desegregated school in Louisiana.  Her extraordinary ability to withstand a hostile environment while viewing her tormentors (adult and child) with forgiveness makes her an inspiration to us all.  My kids were lucky to meet her at a school event a few years ago.  She continues to inspire!  If you want to see if you can get her to come to your school, go to this link.  [picture book, ages 4 and up]

One Crazy Summer by Rita Williams-Garcia Won A Crazy Number of Awards.

I am just now starting One Crazy Summer and it looks like a fantastic read.  But don’t take my word for it, it won a Newbery Honor Award, National Book Award Finalist, and more. Set in Oakland, California, three sisters visit their mother who has abandoned them and hang out at a center run by the Black Panther Party.  Though this book ties into the Civil Rights Movement, it’s an outstanding book that is a literary achievement!

Brotherhood by A. B. Westrick

This chapter book tells the story of the origins of the Ku Klux Klan through the eyes of a young white boy in Richmond, Virginia during the period of Reconstruction (1867). [young adult, ages 12 and up]

Rick Johnson ‏@WoodCowBooks1h tweeted to me:

@pragmaticmom Great list, but should include We’ve Got A Job: The 1963 Birmingham Children’s March by @cylev

We’ve Got a Job tells the little-known story of the 4,000 black elementary, middle, and high school students who voluntarily went to jail in Birmingham, Alabama, between May 2 and May 11, 1963. Fulfilling Mahatma Gandhi s and Dr. Martin Luther King, Jr.’s precept to fill the jails, they succeeded where adults had failed in desegregating one of the most racially violent cities in America.

Anything by Andrea Davis Pinkney (and her illustrator husband) is ideal for MLK Day, but her Sit In is one of my favorites.

And for older kids, Christopher Paul Curtis’s The Watsons Go to Birmingham and Philip Hoose’s work of nonfiction Claudette Colvin: Twice Toward Justice is also very moving and a true account of a teenager who refused to move on the bus pre-Rosa Parks.”

The Watsons Go to Birmingham: 1963 by Christopher Paul Curtis

PickyKidPix suggests The Lions of Little Rock. She says, “It’s about a girl who is very shy but finds her voice through her best friend. But her best friend is black and she lives in a segregated community and she has to find ways to see her friend but it’s very dangerous because they don’t support white people seeing black people.”

As Fast As Words Could Fly: Picture Book of the Day. Ruby Bridges came to visit my elementary school and her story is contrasted with 14-year-old Mason Steele who used his typing skills both as a writer and a speed typist to prove that he had the right to attend a previously all white school.

5th Grade Slavery Unit. I cover a little of the history of the Underground Railroad where I live, what life was like during this time and book list including picture books and chapter books.