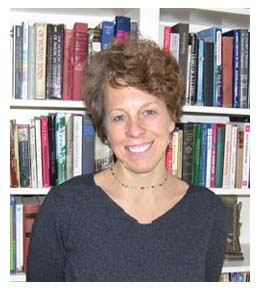 Book Club for Kids with Author Karen Day of Newton

My oldest choose this book for the first book club of the year.  They are in 5th grade now and have been meeting for book club since 2nd grade.  My daughter played soccer with the author’s daughter this past spring, but she had no idea that the mother is an author, though we (the moms) have all heard of Karen Day and knew of her books here in Newton, MA.   What I didn’t know was that KAREN was a really great baseball player and the book is loosely based on her own childhood story! (I have an interview with her below.)

I have to say that I was not that together for book club this month!  My daughter read a bunch of books this past summer, as she was assigned to read 5 books for summer homework and she liked quite a few:  Piper by Natale Ghent,The City of Ember by Jeanne DuPrau, and The Red Pyramid by Rick Riordan. (A quick THANK YOU to Capability:Mom‘s daughter for suggesting these books and loaning them to us!)  So I was pleased that she picked No Cream Puffs as Karen, when cornered by me at the soccer post season party by me, was kind enough to give me both of her books.

My daughter chose this book because she liked it and thought her friends would too.  She played softball a few years ago, but it didn’t hook her, so it wasn’t the baseball theme that drew her in but the coming of age story of Madison, the protagonist in the book.

So, book club activities.  We thought about going to the batting cages but …

But that would be a nice option for moms who actually know how to navigate the batting cages!

We thought about playing softball but…

We ended up with:

The book club is this Thursday, early release at school.  I’ll let you know how it goes!  Also, if you have any suggestions for activities, please share!

NO CREAM PUFFS is the story of 12-year-old Madison Mitchell who becomes the first girl in Michigan to play baseball on an all-boys little league team in the 1970s. It’s a funny yet poignant look at what it was like to be a star athlete at a time when there were few sporting opportunities for girls. Not only does Madison have to worry about people who question whether she, or any girl, should be allowed to play little league, but she also has to deal with her own growing insecurities. What will her friends think about her in a uniform? Will the boy she likes still be interested if she strikes him out? What does it mean to be a trendsetter? And finally, how will she ever make sense of all of these new rules she inadvertently sets in place?

Interview with Karen Day with Questions from Me 1) I know you are from Michigan. Is No Cream Puffs based on a real person? Is she someone you know or knew?

Actually, I’m from Indiana, just minutes south of the Michigan line. The town where Madison lives is based on a town called Long Beach, Indiana. But I set the book in Michigan (there is no such thing as Long Beach, MI) to give myself some creative freedom. Back in the 1970s, I was the first girl in northern Indiana to play little league with the boys. I was pretty good, like Madison, and some of what happens to her happened to me. For example, I pitched in a big game, just like Madison, and struck out a boy to win (as she does at the end of the book). The boy I struck out was really good and went on to a four-year, full-ride baseball scholarship to the University of Michigan. But he had to put up with a lot of teasing in middle school and high school. No one has let him forget that I struck him out! So, Madison has parts of me, parts of others, but mostly she’s her own person.

2) What were your own children’s reactions to the story? Could they relate to Maddie? Did they give you pointers for the story? Do they play on co-ed sports teams?

I’ve asked my kids to read drafts of my novels, but they’re not so much interested. What they do like to do is talk to me about my plots, storylines, etc. Sometimes at the dinner table, I’ll bring up something on which I’m working and ask for their ideas. They love that and aren’t shy about suggesting ideas. Right now I’m working on a book with a boy narrator and my son has been really helpful when talking through my protagonist’s point of view. Both of my daughters like realistic fiction and read my books when they are out in book form. But I think it’s hard for them to be critical of me. And no, none of my children play co-ed sports. They were interested in Madison’s sports struggle, but what they related more to was the fight Madison had with Sara and how girls change and move away from each other. That felt familiar to them.

3) Maddie comes from a broken home. How did you decide what kind of family she should have? Why an absentee father?

As a doctoral candidate in English literature at New York University in the 1990s, I became familiar with psychoanalysis, especially post-Freudian theories. I was, and still am, fascinated by the internal lives of children; the different development stages; how they adapt and cope, especially when faced with trauma. Therefore, my novels always have intense family dynamics that play a big part in the overall plot. Every time I start a novel, I begin with a character (versus other writers who start with the plot). I know what my character wants, how she/he will change (emotionally) by the end, what the family situation is, what are her/his unconscious desires and worries. Madison is the age that most girls are starting to “break away” from their moms and find their own identities. I thought, how does a girl do this with a strong mom? And what would that breaking away look like without the dad in the picture? And so it just felt right, to have the family structure as it is.

4) Maddie’s mother is a really interesting and inspiring character. Will there be a sequel about her?

I love Madison’s mom! She’s one of my favorite characters because she’s so real. And being a parent I can really relate to her. But no, I don’t have a sequel in mind. At least not yet!

5) Playing “serious” sports with the boys is still stressful for girls today (30 years after the time of your story) because expectations for winning can be so high. What lessons do you want to impart to your readers from Maddie’s story?

There is an awful lot of stress on Madison to perform well because she’s a girl playing a boy’s sport. I’d like to think that there aren’t double standards anymore; that girls can play any sport they want and not have to worry about their performance. And that sports aren’t labeled for girls or for boys. I think we’ve made some progress on this. I also have this hope that when kids and parents discuss this book that they draw attention to the way Madison felt while practicing versus what happened to her in games. Often times too much pressure comes from parents or spectators.

6) You have a new book coming out next April. Can you give us a short preview of what to expect?

My next book is called A MILLION MILES FROM BOSTON. It’s coming out April 5 by Wendy Lamb Books at Random House. I am so excited about this book because it took me YEARS and lots of revisions and heartaches to write. It’s about a 12-year-old girl named Lucy who lives in Boston and spends summers at her family’s cottage in Maine. She loves going up there. It’s where memories of her mom, who died when she was six, are strong and sacred. This year she is particularly anxious to go. She had a tough year with an annoying boy at school and her dad has fallen in love with a woman Lucy doesn’t like. Take a big guess who shows up at the cottage?! This is a poignant story about love, loss, nature, great dogs, memories, and how people are often NOT what they seem.

2 thoughts on “Book Club, Activity and Interview with Karen Day”